I’ve been a fan of the Forza series since the second iteration was released almost exactly ten years ago (May 29, 2007, for the Xbox 360), and because I’m a big fan of open-world racing games (eg: Test Drive Unlimited 2, The Crew), I’ve found myself hugely drawn to the Forza Horizon sub-series in recent years. However, because I loathe the thought of playing a racing title at 30 FPS, I’ve avoided it up to this point. 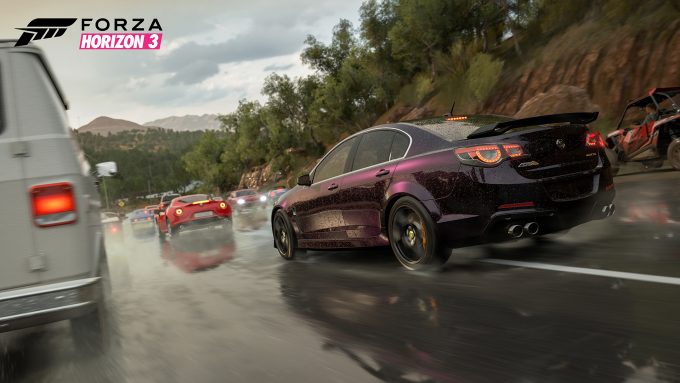 That’s something that’s changed, thanks to Forza Horizon 3 being cross-platform, or more accurately, an “Xbox Play Anywhere” title. Because a friend (the reason I bought a PS4 and Xbox One) decided to pick up FH3 for his Xbox One, and I knew that I could enjoy the game on PC when not playing with him, I decided to pick it up as well.

And wow – I am finding myself hugely impressed.

Forza Horizon 3 is exactly what a cross-platform game should be. It sports the kind of implementation that you could describe to a friend, and they’d respond with, “Nah, that’s too good to be true.” With FH3, what seems too good to be true is actually true. 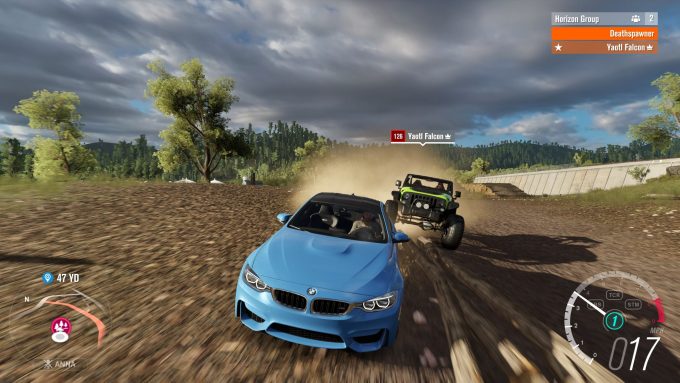 Until this game, I knew that Xbox Play Anywhere shared cloud saves between PC and Xbox One versions of a given title, but I didn’t realize it could also mean that a PC gamer could play with an Xbox One gamer as if platform barriers didn’t even exist. The shot above is of the PC version, and features me (blue Bimmer) playing with my friend who was on the Xbox One version of the game. On both ends, the fact that we were on different platforms wasn’t made obvious even once.

I can’t overstate the lack of hassles I’ve encountered so far. This friend and I have had an absurd number of issues teaming up in games before, whether it’s NAT roadblocks or something else, but after about 7 or 8 hours of playing together in FH3, there hasn’t been a single hitch so far. We’ve never had issues seeing each other, there was no noticeable lag despite us being separated by an ocean, and there was never a problem getting connected in the first place.

While the game itself supports voice chat, it’s a meager solution like most of the others, so we used Xbox for that. On his end, he used the Xbox interface on his console, whereas I used the Xbox app that comes with Windows 10. Yet again, connecting this way yielded no issues at all. The communications sounded just as good as I’ve ever heard them (on par with Skype). 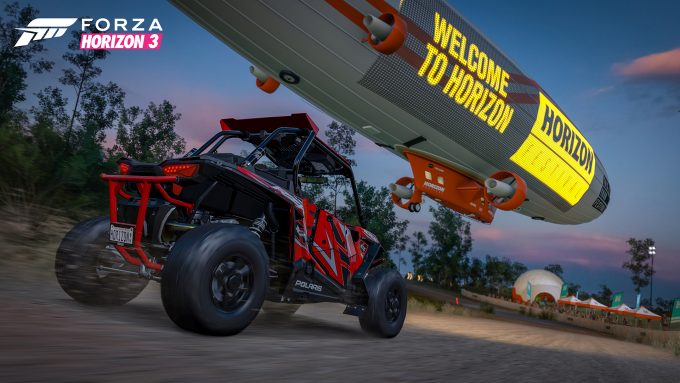 As the post of this title suggests, I think Forza Horizon 3 is the best possible example of what a cross-platform game should be. When I talked about Destiny 2‘s likeliness to not feature cross-platform play, I had no idea that a solution like what FH3 delivers even existed. Rocket League is a good example of a game that’s cross-platform and cross-play, but while you can play against others on different platforms, progress is unique to each version of the game. In this way, RL gets it half-right, though that’s not necessarily the fault of the developer; Microsoft owns both the Xbox and Windows platforms, so it has no real roadblocks.

Because of the differences in input devices between PC and console, I don’t think Destiny 2 should feature cross-play support (outside of PvE, at least), but it definitely should be able to share saves between platforms, a la Forza Horizon 3.

In a different world, maybe what FH3 delivers wouldn’t seem so amazing. Maybe if consumers demanded things differently over the years, this kind of implementation would be more common. Imagine a world where the platform you play on really doesn’t matter in the grand scheme of online play. That’s a world I want to live in.