When mousepad legend Func came back from the dead (or came out of its funk?) last fall, we weren’t sure what the future would bring. Well, since that time, the company has bolstered its selection, adding a gaming headset and mouse to the list. Now, with the addition of a keyboard, Func offers every ingredient needed for a complete gaming setup, peripheral-wise, at least.

A lot of companies that get into a new market tend to start with a modest offering to test the waters, but Func has gone all-out here. The KB-460 is a mechanical offering, equipped with CHERRY MX reds, and it features full N-key roll over with anti-ghosting, has bright red backlighting, a palm rest (a simple addition, but I need one with any keyboard), and 2x USB ports. 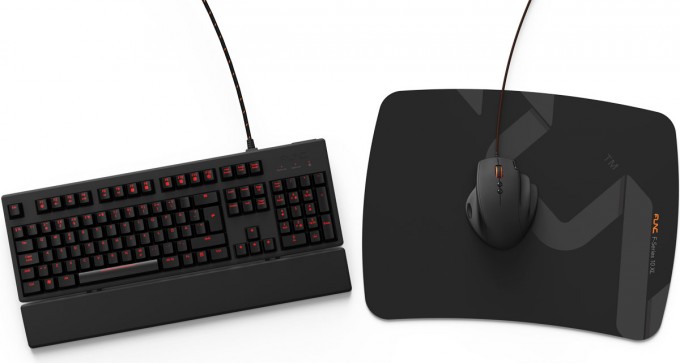 A nice thing about the KB-460 is that different keyboard layouts will be offered. These include QWERTY (US, UK, Nordic, and Russian), QWERTZ (German), and AZERTY (French).

Another perk: Clean-looking, useful software. Recognizing the fact that some gamers prefer to use a regular-sized keyboard (one that doesn’t have dedicated function keys), users are given the ability through this software to repurpose various keys on a per-profile basis. It’s not entirely clear if the keyboard has macro support, but if it does, Func will have separated itself from the crowd a little bit, and not to mention accomplished something I’ve been asking other keyboard vendors to create for quite some time.