Having Completed Portal on the NVIDIA SHIELD, Here Are Some Thoughts

When NVIDIA brought Valve’s Portal to its SHIELD portable last month, I knew I wouldn’t be able to resist the pull of completing the game for the third or fourth time. After all, this would be the first time I’d be able to enjoy the game while mobile, or with sheer convenience right before I catch some Zs.

As it is, Portal for SHIELD is one of the best-looking Android games around, which isn’t that surprising given it was a great-looking game when it first came out for the PC back in 2007. In bringing the game to mobile, NVIDIA’s shown us that today’s hardware is able to deliver some awesome gaming experiences, and things are only going to get better.

Because I’ve put so much time into the game over the past month, I thought I’d take a moment here and relay my experiences with it. Is it worth the $10 cost-of-entry? What if you already own the game for the PC? The answer to either of those will be based on whether or not you already love the game, or if you simply love the idea of a humorous, compelling puzzler. 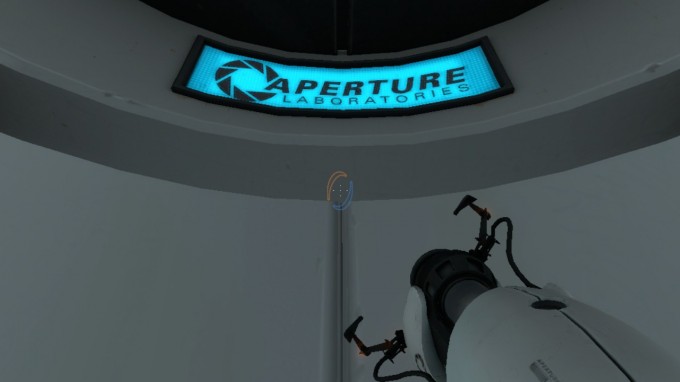 No doubt one of the biggest questions surrounding Portal on SHIELD has involved its graphics quality. Is this version as good-looking as the PC version? The answer is simple: No. This mobile version has a lot of aliasing, which is very evident when looking at screenshots. Some textures also seem to be slightly lower resolution, though that might be my eyes messing with me because the resolution itself is much smaller than what most of us use on our desktops (1280×720).

That being said, the fact that this version has weaker graphics doesn’t matter too much, because you’ll simply be hard-pressed to notice the difference when looking down at the SHIELD. That fact reminds me of the same kind of statement I made in my review of the SHIELD, where I said artifacts displayed on the SHIELD while using GameStream (streaming a PC game to the handheld) is again no issue: The smaller screen crisps everything up, and makes such issues unimportant. So bear that in mind: While these screenshots here might not look too hot on the PC, real gameplay looks fantastic on the SHIELD itself. 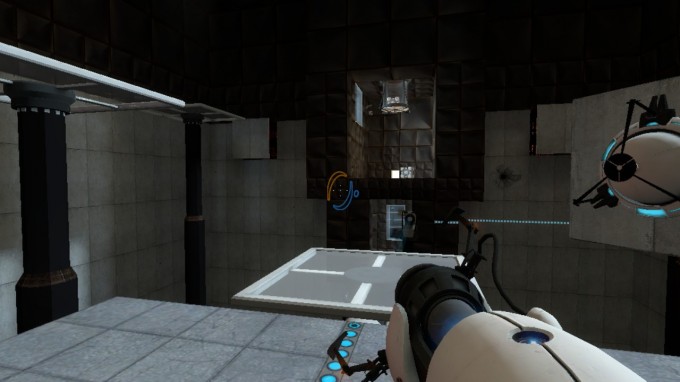 Graphics is just one part of the equation; what about performance? Again, the game doesn’t run as smooth on the SHIELD as it does a PC, and I’m sure that won’t come as a surprise. If I had to guess, the game runs at about 30 FPS at the best of times, but it has the tendency to dip to 20 FPS or even a bit lower during certain segments of the game. Any slowdown I experienced was short-lived, however, and didn’t affect the success I had in a level.

One aspect of playing on the SHIELD I didn’t much like was the simple fact that this was a game designed for a bigger screen. That means certain elements are hard to make out at times, and some puzzles are a little more tedious, simply because you sometimes have to squint to find a specific area where you’re able to throw a portal. Admittedly, I don’t have great eyesight, so if you do, this might not be much of a problem. A perfect example of this issue on SHIELD, or mobile in general, is with Grand Theft Auto Vice City. That game has a radar to the top-left that shows your waypoint; looking at that on such a small screen is beyond painful. Ideally, any PC-to-mobile conversion will have numerous changes to help it cater more to a small screen, but clearly, in many cases that won’t be feasible. 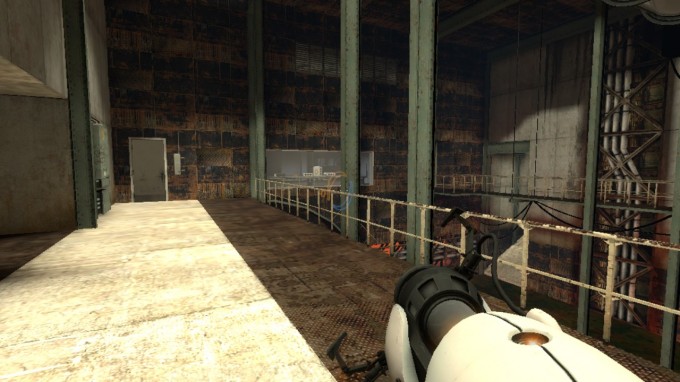 Technical bits aside, Portal is a classic. I had a great deal of fun with the game on SHIELD, and never felt tempted to just give up because of the small platform I was playing on. Certain times, things were a little more complicated than others due to the smaller screen, but in the end that was never game-breaking.

If you’ve never played Portal before but do like puzzlers on-to-go, it’s impossible to not enjoy this one unless you’re not a fan of the first-person perspective. 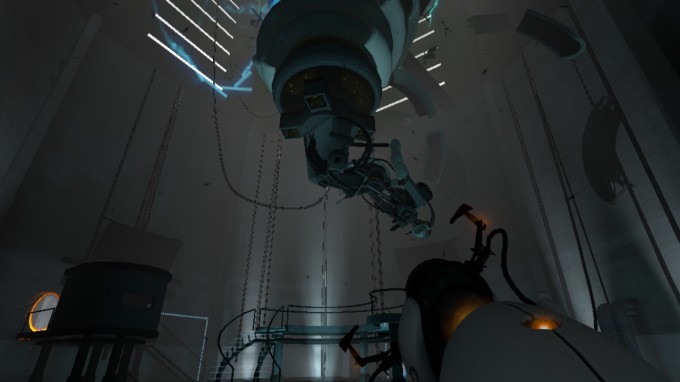 In the end, I recommend Portal on SHIELD. No one could have expected it to match the PC’s graphics and performance 1:1, and given we’re dealing with mobile here, the result is undeniably impressive. So impressive, that I can’t wait to see what kind of gameplay we might see over the course of Tegra K1’s life, and other comparable SoCs. Perhaps a SHIELD 2 will feature K1 and Portal 2 at some point? I sure hope so – that game is even better than the original, and I have no doubt K1 could handle it if Portal can run on Tegra 4.

If you’re interested in picking up Portal for your SHIELD, head on over to the Play Store. Not long after NVIDIA brought Portal to SHIELD, the company gave the same love to Half-Life 2. Chances are good I’ll be starting that game up on SHIELD soon. Being that HL2 is a little more complex than Portal, I’m interested in seeing how it fares on such a small screen.