It feels like we’ve been waiting quite some time for Intel’s 10th-gen mainstream parts to launch. Well, the wait is almost over, as the company has just announced a massive collection of new SKUs, all based on the Comet Lake-S microarchitecture. As the stock photo below highlights, this next generation is going to bring some revamped packaging, and in our opinion, it looks sharp: 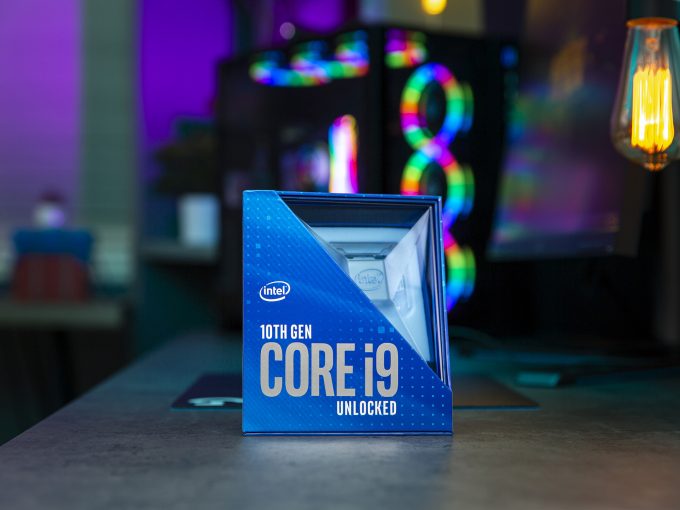 With this launch, Intel is focusing heavily on promoting the importance of fast frequencies, and in effect, fast single-threaded operation. As such, the top-end chips can scale as high as 5.3GHz, although the all-core Turbo values will be different. In the product table below, the highest reported Turbo is what’s included here.

As mentioned before, Intel is launching a huge collection here, and in case you were wondering, the answer is, “Yes, that table was tedious to put together.” We’ll shorten this table for any review we do of the 10th-gen series, but we wanted to include the complete list here to give you a better overall impression of what’s available.

As always, there are some interesting values in this table. What immediately grabs us if the fact that the top-end mainstream chips include 20MB of cache, whereas only a single Core X-series chip beats it – that being the Core i9-10980XE. It’s nice to see cache getting a boost, but we do wish the enthusiast chips were a bit beefier than they are right now. The fact that these mainstream chips have caught up means that the next-gen Core X-series will likely see a bump as well.

The i9-10900K effectively replaces the i9-9900K. That latter chip, when released in late 2018, added two extra cores over the previous similarly priced product, i7-8700K. With i9-10900K, another two cores are thrown in, delivering 20 threads in all. The flagship chips here weigh in at 125W, while the rest of the lineup is composed of both 65W and 35W parts. As always, if you opt for a lower wattage CPU, you are likewise going to sacrifice a bit of performance. At the same time, it also means less heat overall, and potentially less noise from your cooler. Performance hounds will want to eye the 125W options.

The 10700 series chips will also see the return of HyperThreading, and even the i3 and i5 parts, which is likely to claw back some market share lost to AMD. This makes these chips a little more alluring for gamers, since they have the higher clock speeds, while still allowing for extra threading when needed. Overclockers will also see some new options, such as per-core HyperThreading disablement. 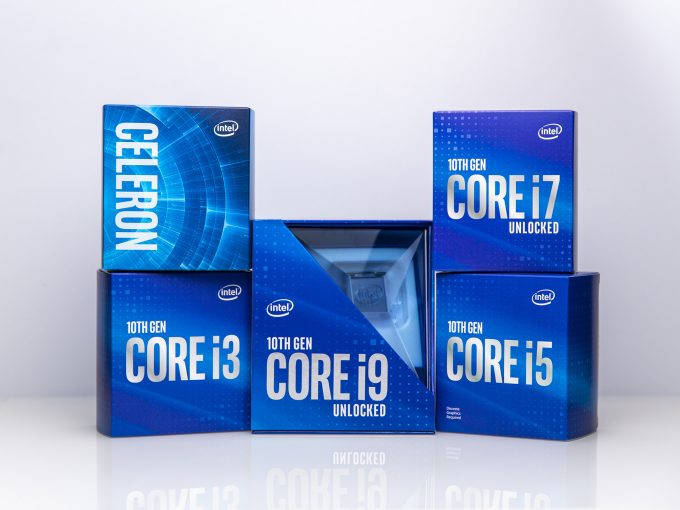 The entire set of these new chips officially support Intel’s Optane memory, and while AMD offers blanket unlocked support for overclocking, Intel is still keeping that exclusive to its K and KF chip variants (The F meaning the IGP is disabled). The GPU itself seems to have been carried over from the previous generation; it’s UHD Graphics 630 for top-end, and UHD Graphics 610 on the lower-end.

These processors all look great on paper, but of course, AMD’s proving to be a major thorn in Intel’s side by releasing alluring processors, some that are more powerful than those here, even with a lower TDP. That said, Intel still seems to rule where single-thread is concerned, and likewise, gaming.

We’ve seen proof in our benchmarks before that even against Zen 2, Intel’s chips generally outperform AMD in gaming (notably 1080p), which is important for those trying to reach sky-high frame rates. We just talked about this advantage a few days ago when NVIDIA promoted running Call of Duty: Warzone at up to 240Hz. Naturally, such high frame rates require a great GPU, but a weak CPU can still roadblock your efforts.

Beyond all of this, Intel has also improved its thermal interface solution in these 10th-gen chips, and while the previous generation weren’t exactly lacking in overclocking ability, any improvement to the TIM can only help. The die thickness has been reduced to allow better thermal transfer, while the IHS has been made thicker to keep the CPU compatible with existing sockets. Also new is the fact that all of the new Core i7 and i9 chips have the memory support officially bumped from 2666 to 2933. You can of course still go higher with the right memory kit.

Speaking of sockets, these new CPUs will be released on the LGA1200 platform, increasing the pin count by 49. This is to account for extra power pins and supposedly for new I/O capabilities in the future, which might mean PCIe Gen4 – however, these are not included at this time. This ties in with the new chipset, the Z490, but there is very little difference compared to the previous gen except support for new WiFi 6 and Ethernet controllers.

We’ll have a lot more to talk about when these chips are sent out for review. We plan to aggressively test whatever we receive and figure out where all of its strengths lay. Stay tuned.