There has long been interest in high FPS gaming, but at this year’s CES, it became clear that more and more people will become equipped with higher refresh monitors as time goes on. NVIDIA even had a 360Hz monitor on display for us to test with, and we were genuinely impressed. More than anything, such high FPS gaming reveals the need to have both powerful hardware, and an optimized game.

As part of its “Frames Win Games” campaign, NVIDIA has highlighted the benefits of high FPS gaming, which include quicker acquisition of a target, and not to mention smoother acquisition. Most of us used to believe that 60 FPS was suitable enough, but a Counter-Strike demo at CES using both 60Hz and 360Hz monitors proved that there is a genuinely large difference in smoothness. One of our editors had a kill success rate of 0 / 10 at 60Hz, but 7 / 10 at 360Hz in a specific test. 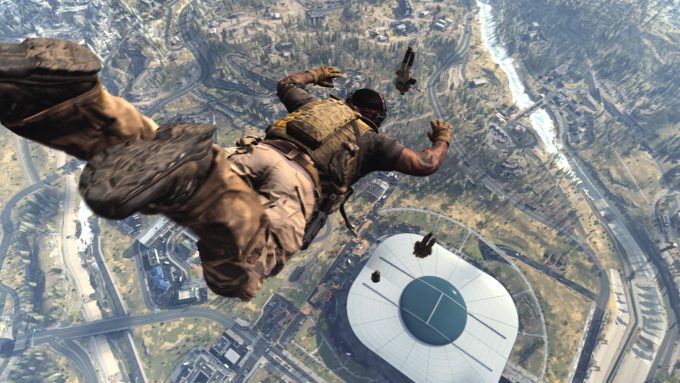 We’ve talked about our experiences before, but one “clear” example we saw with high FPS improvements at CES was with a scrolling strategy game demo, where names are seen above each character’s head. Even when comparing 240Hz to 360Hz, the names were notably easier to read on the highest refresh monitor.

NVIDIA is keen on continuing its high-FPS push, and is doing so today with one of the most popular games going right now: Call of Duty: Warzone. This battle royale game is free-to-play, and has thus far garnered over 50 million players. And, according to NVIDIA, the higher your frame rates, the better your overall experience, and potentially the better your overall success. As it’s done with PUBG in the past, NVIDIA is now showing us the differences high refresh can avail in Warzone:

Throughout all of its examples, NVIDIA is focusing on 240Hz at the top-end, as anything higher is truly considered bleeding edge at this point (and is likely unavailable anywhere). 240 FPS is a much more likely number to hit in most games, regardless, if not because of the GPU, but the CPU (and game optimization, of course.)

One theme you will notice throughout all of this high-FPS push is that 1080p is the target resolution, which is modest by today’s standards, but necessary in order to hit such high frame rates in demanding games, like Warzone or PUBG. And, given the competitive nature of these titles, low resolutions are not unusual to see in esports tournaments.

NVIDIA generally recommends the GeForce RTX 2080 Ti for all of these sky-high FPS games, although depending on the title, you could likely get away with less if you’re satisfied enough with 144Hz. In Warzone, NVIDIA says you can dial in the right settings to hit 144Hz on as low a GPU as the RTX 2060 SUPER. If you listen to Activision itself, either a GTX 1080 or RTX 2070 should be considered the minimum for “competitive” settings. 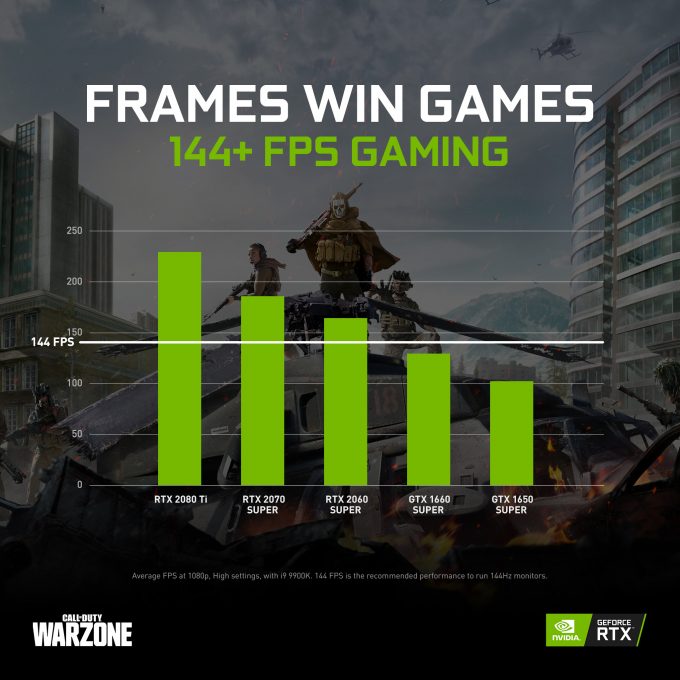 As mentioned before, there’s been demand for high-FPS gaming for a while, but it seems like lately, it’s really starting to catch on like wildfire. While many gamers are still stuck with 60Hz on desktop, we’re starting to see many gaming notebooks release to market with screens up to 240Hz. For LAN party gaming, those setups are alluring.

If you’ve been holding off on buying a fast refresh monitor, hopefully this massive push will continue to drive down prices of the monitors, although the price of the hardware isn’t exactly cheap, either. Still, to see even 100 FPS possible on a GPU like the GTX 1660 SUPER is impressive. You don’t have to go top-end to get a great experience.