Intel is the leader in desktop graphics thanks to the inclusion of an integrated graphics processor on most of its mainstream offerings. The discrete GPU side of things has been a little more tumultuous for the company, however. We were at IDF in 2009 when Larrabee was announced, a graphics card that was canceled the following year before becoming Xeon Phi later on. 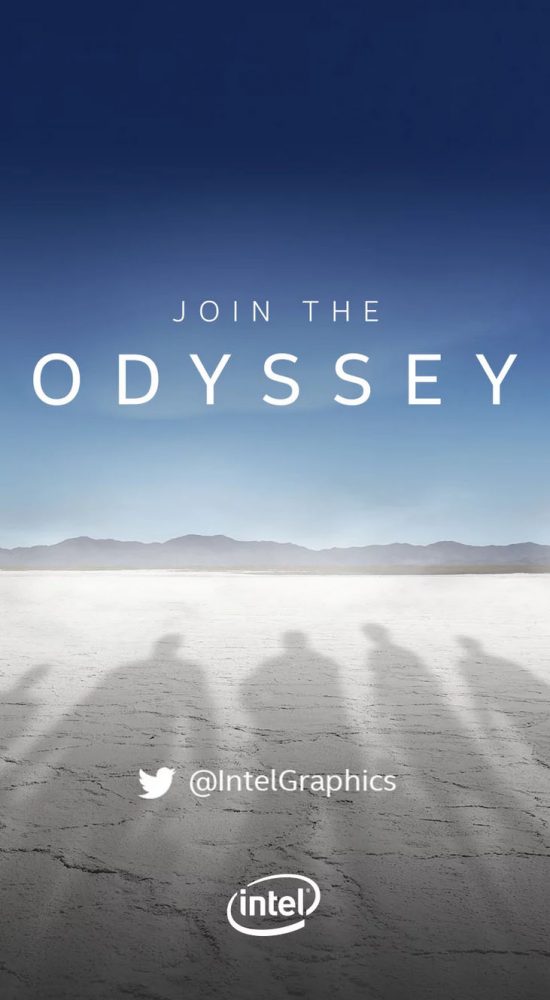 Fast-forward to last summer during SIGGRAPH. Intel blew everyone’s mind at the event by announcing a brand-new discrete GPU project that would see a card released just a couple of years later. At next month’s GDC in San Francisco, Intel is expected to divulge a bit more about its upcoming Gen11 architecture, but true ideas of what the launching cards will bring to the table will come later.

In case it’s not obvious by this point, Intel is serious about discrete graphics, and its marketing team has made sure the world knows about it. Intel is no stranger to hosting eSports events and talking to its customers, but there’s always room for improvement, and the company knows it. It’s already putting that into action with the launch of Odyssey, a new way for Intel to connect with its fans and customers, to better understand their needs. The video below posted to the company’s @IntelGraphics Twitter account gives us a good vibe:

This is more than a journey. It is an Odyssey to improve visual computing experiences. But we can’t do it alone. We invite our community to join us. https://t.co/aj1vaq79vr #JoinTheOdyssey pic.twitter.com/s0uQcChWJ6

It seems well understood that people hate signing up for things, but, Intel promises that if you “Join the Odyssey”, you will be well rewarded. Not only with unique information, but occasional freebies and beta access, as well as information about exclusive giveaways and events.

Ultimately, this move aims to help Intel best understand what its customers are wanting, directly from them. I think I can speak for most gamers in saying what we want most from Intel’s discrete cards is a legitimate competitor to AMD and NVIDIA. But that’s just scratching the surface!