Intel’s Arc GPUs Can Run On Linux, But Requires Some Effort

As we covered last week, Intel has just launched its first desktop-bound Arc GPU, A380, in North America, with Newegg selling cards on both its American and Canadian storefronts. Perhaps not-so-surprisingly, the initial units that were made available disappeared fast, so both Newegg websites currently show the card on backorder.

Something we’ve noticed during the lead-up to Arc’s launch is that many seemed to wonder whether or not Intel was planning a Linux driver. It’d hopefully be obvious that Intel would in fact plan a Linux driver, as it’s no stranger to the OS, and typically supports its own hardware well ahead of time. Arc is also planned for enterprise use, and Linux is generally the target there. 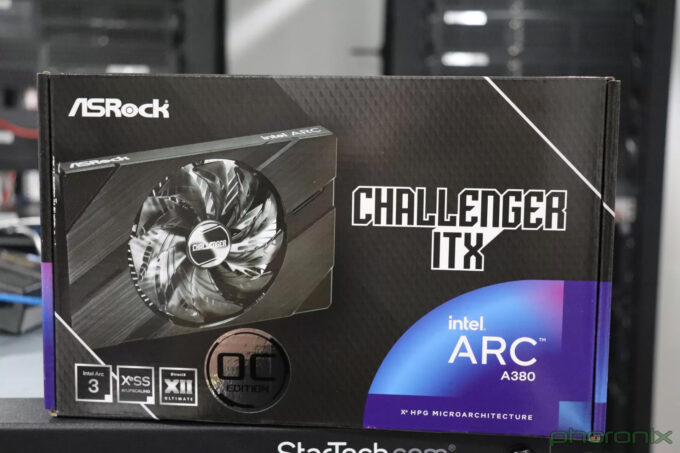 Phoronix was quick to acquire one of the new ASRock Arc A380 cards, and naturally put it to the test in Linux. There’s no performance data to pore over yet, but what’s been discovered is that you can get Arc to work in Linux today if you’re willing to put some effort in, and don’t mind a bleeding-edge setup.

In order to get Arc running in Linux, you need the latest version of the Linux kernel (6.0, which is still in RC stage), Mesa 22.2, a Linux firmware git, and the probing of the correct driver: i915. Once everything is in place, the GPU should work. We’re just not sure how well it will work, not until some performance data is generated.

On a similar note, it was also confirmed that Intel’s Smooth Sync support is also coming to Linux, which is nice to see, as that’s a feature definitely targeted towards gamers, and further highlights Intel’s commitment to the OS.

All of that said, the fact that Arc will only run with bleeding-edge software packages really proves that you should overlook Arc on Linux for the time-being, and wait for things to mature. A requirement of a 6.0 kernel is quite something, since that version won’t likely be declared stable for another month.

In any event, anyone wondering about Linux support for Arc should hopefully now be appeased knowing that Intel is in fact focusing on it. We just need to wait longer for things to stabilize. Unfortunately, the same could be said for Windows, as it appears the current software situation is the reason we haven’t seen a full Arc rollout yet.

On that note, we have an Arc A380 on backorder (we were a bit too slow at the launch), so we’ll hopefully get our card before long, and get down to testing Windows performance. We’re especially eager to check out some creative workloads, like Blender. Its upcoming 3.3 version adds official support for Intel’s oneAPI, so our Blender roundups are soon to become even more interesting!