It’s Official: The Witcher 2: Assassins of Kings Has Come to Linux

It’s been no secret that The Witcher 2: Assassins of Kings was coming to Linux; “when?” has been the big question. Well, over at Steam today, the game’s featured in the main showcase with the words “Now Available for SteamOS!”, which of course means both Valve’s OS and Linux in general.

This, to me, is major. Even more major than Metro: Last Light, primarily because of just how large the game is. It’s packed with content, and you could easily play it for 100 hours or more in trying to complete every last thing. Plus, it’s a game that welcomes replayability, so potentially, you could be inclined to be playing the game for quite some time. 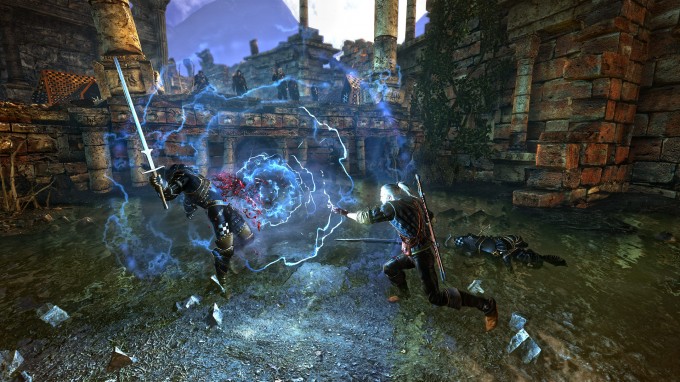 If you’re unfamiliar with the game, be sure to check out Jamie’s in-depth review. I hate to admit that I still haven’t played too much of the game, but do plan to. I completed the original last year and enjoyed it so much, I feel like I could go through it again before even getting into the sequel. CD Projekt RED sure knows how to make a great game.

Linux gamer or not, you should play this game, and because of its availability on SteamOS, it’s been put on sale for $3.99 for the next two days. “Steal” barely scratches the surface of what kind of deal this is.