The folks at MAINGEAR have long provided appropriate options for workstation users to get their jobs done quick, but today, the company launches a new series that makes its target audience super obvious: Pro WS. Like the RTX Studio-branded Vybe Pro series released last year, customers will have NVIDIA Quadro graphics card options, but new to Pro WS is the addition of AMD Radeon Pro options.

While it doesn’t support error correction memory or include AMD EPYC or Intel Xeon processor options, the Pro WS series is designed to provide huge performance in as stable a package as possible. The press release draws attention to “mission-critical reliability”, which is crucial, because if your rig goes down in the middle of a long process, it might just get thrown out of a window. 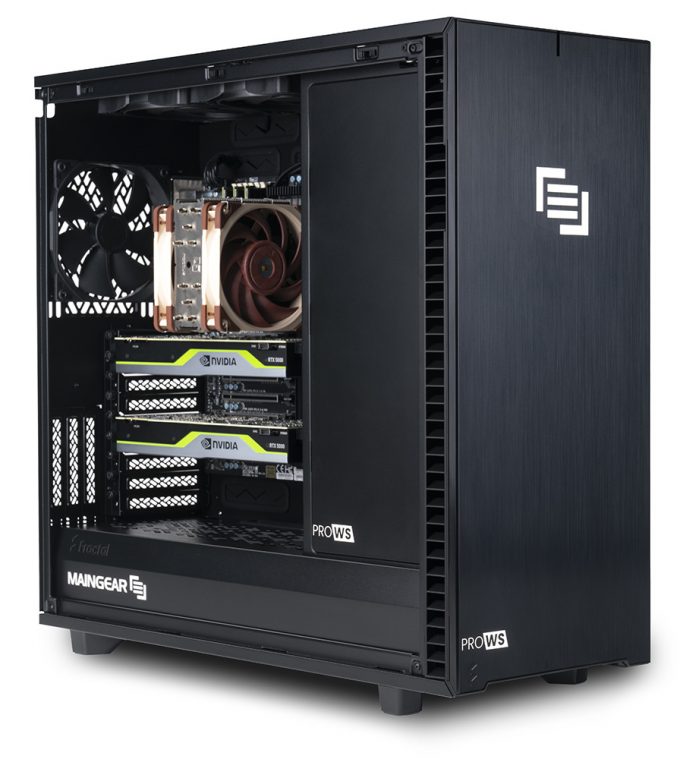 MAINGEAR is offering the Pro WS with any current desktop processor you’d want, from the Ryzen 5 3600 six-core up to the sixty-four-core Threadripper 3990X on the AMD side, and the Core i5-9600K six-core up to the eighteen-core i9-10980XE for Intel. We’re not sure if it’s a bug, but currently, the Intel options can only be configured with up to 64GB of memory, while AMD’s option jumps to 256GB.

Unless you have some major multi-tasking needs (or run many virtual machines), you’ll probably be looking to augment a Pro WS with a high-end graphics card over a top-end processor – but as always, it ultimately depends on your workload. If you’ll be focused mostly on 3D design and rendering, you are going to want as much GPU horsepower as possible, and enough VRAM to accompany it.

For AMD, the entire Polaris- and Vega-based Radeon Pro line is available here, from the entry-level WX 2100 to the top-end WX 9100. No Navi-based RPros are available here, so unless you have a specific reason to go the Radeon route, we’d quicker suggest opting for either the gaming cards, or Quadro RTX. Pascal-based Quadros are also available here, but because of the huge leaps in performance and efficiency with the Quadro RTX series, we’d highly suggest you consider those instead. Otherwise, if you are going for a purely CPU-focused build, the smaller Radeon Pro and Quadro GPUs will fit the bill just fine.

Of course, if you want the best of most worlds, and have the bank for it, you can also go the TITAN RTX route, which has a mammoth 24GB framebuffer, and offers plenty of workstation boosts. Or better still, why not opt for four of them for a combined 96GB VRAM? That could almost fit a modern game install! 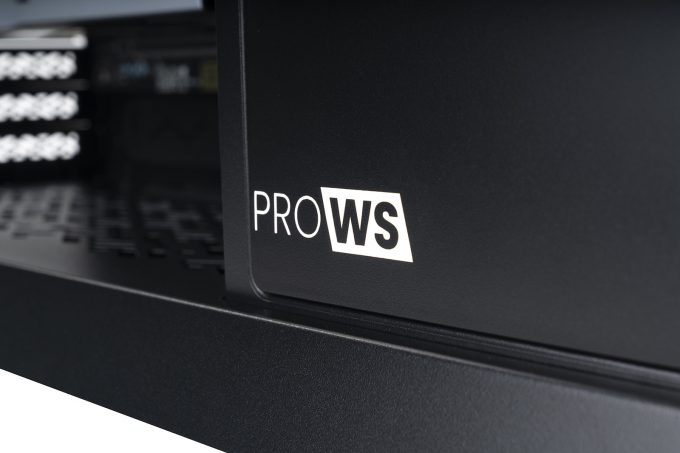 Another thing worthy of note is that the Pro WS is endorsed by Luxion, makers of KeyShot. While the design tool was entirely CPU-focused until the past year, the latest KeyShot 9 version adds support for NVIDIA GPUs, and takes full advantage of RTX’s accelerated ray tracing and denoising features. We published a performance look a few months back, but need to retest soon since multiple new builds have released since then.

If you’re intrigued by MAINGEAR’s Pro WS and want to configure one, head on over to the product page.