Maxon has made a number of big moves the past few years, what with the acquisition of Red Giant and Redshift, and also the infusion of subscription-based models into its products. This week, the company takes another step forward, unveiling a corporate overhaul, as well as new major versions of some of its tools. 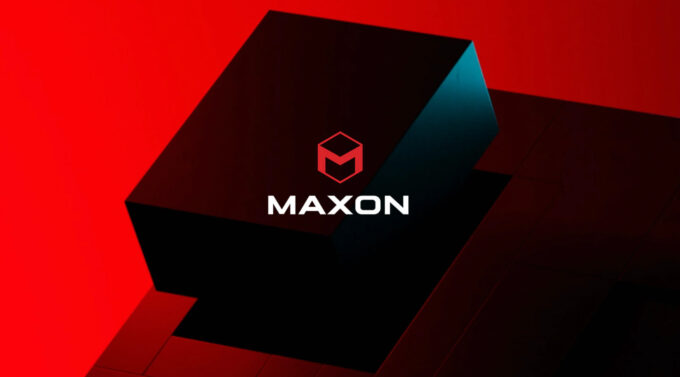 With this new logo and red-dominant color scheme, Maxon says that it’s unifying its three major teams into one corporate identity. We do have to say that it looks pretty great overall. If you want to see an animated version that was created by the Toronto-based Tendril, check out this Maxon blog post.

Maxon launched its subscription model just over a year ago with the launch of Cinema 4D S22, and later in the year, we saw the release of S23. This week, S24 is introduced, and it’s one of the more feature-packed releases we’ve seen. To get a quick overview of everything important, we’d encourage checking out the official features video:

Object placements have gotten a serious shot in the arm, with Place, Scatter Pen, and Dynamic Place all setting out to improve workflow and reduce tedium. With the Place tool, objects are aware of the surface they’re being affixed to, so it’s easy to drop a new piece in and have it fit naturally, quickly and easily. The Scatter Pen lets you take an object like a tree, adjust it to be more random, and then paint it on the landscape to deliver a varied, natural look.

On the topic of a natural look, that’s where the Dynamic Place tool comes in. Its goal is to let you move objects around a scene to give a much more believable look, such as with a stack of books that are a little out of place. You can grab and move multiple objects at once, and they will adhere to the laws of physics as you move them around. You can take a stack of letter blocks that are arranged in a perfect square, for example, and then shift them around to make it look like a child just finished playing with them. Replicating this look manually takes a lot of time and effort. 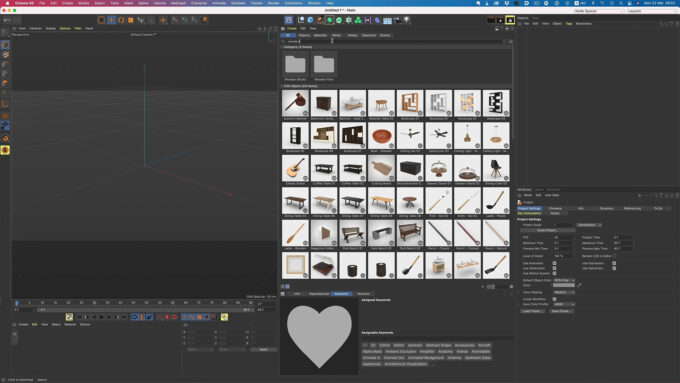 The asset browser has also received a major update, and now prevents someone from needing to download full libraries in advance. Now, you can see everything from the get-go, and only download assets from the repository that you need. Search has also been greatly improved, thanks in part to the addition of tags and context-awareness.

C4D S24 also introduces a number of animation improvements, as well as the first iteration of Scene Manager, which uses node-based assets in your scene, automatically creating new nodes as you make adjustments in the viewport or objects pane.

On the Redshift front, major news happening this week is that the renderer will become fully supported for M1-based Macs as soon as Apple launches macOS Big Sur (11.3), with Intel-based Macs getting support later this week. 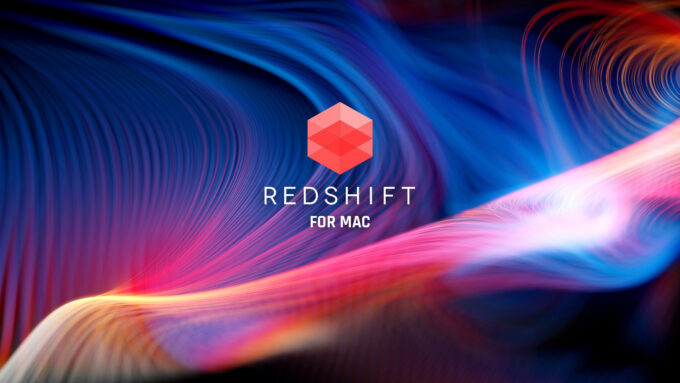 Up until the release of Redshift for Metal, the renderer has been based around NVIDIA’s CUDA API, so with Apple having killed off CUDA support in macOS a couple of years ago, developers like Redshift had to go through a ton of effort to convert the software over for use on a Mac. With this move, it means that both Apple’s and AMD’s GPUs found in today’s Macs are supported, which hopefully means Redshift for Windows will soon gain Radeon capabilities, as well.

In addition to all of Maxon’s news above, the company also rolled out updates to its Moves by Maxon platform, letting you use an iOS device for motion capture. With C4D S24, the mobile software can now detect a C4D instance, and no longer require you to use a QR code to interact between the two.

As always, you can grab the latest versions of all of these tools via the usual methods. If you can’t get enough of Maxon, be sure to check out its ongoing 3D & Motion Design Show, which ends tomorrow.