Following a bit of a wait, Noctua has finally launched its anticipated chromax.black coolers, painted in a sleek black with no RGB to be found anywhere. We first saw an iteration on these coolers at last year’s Computex, and the reason for their existence is simple: not everyone loves the beige/brown color scheme of Noctua’s regular coolers. 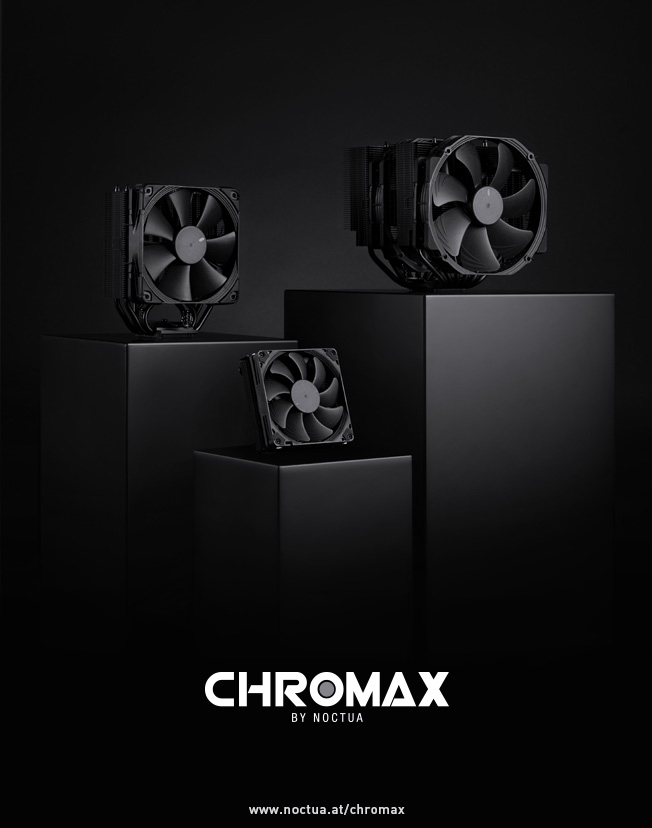 To that end, the coolers themselves are identical to the regular variants, which is a good thing, since all of them have proven themselves to be quality offerings. That includes the NH-D15, NH-U12S, and NH-L9. The new models officially carry the “chromax.black” branding, and effectively convert everything to black. That includes the fan clips, screws, and anti-vibration pads.

Noctua has also teamed up with Linus Tech Tips to cater to those who don’t mind a bit of standout color on their black cooler. Both the NH-D15 and NH-U12S black versions will be exclusively sold as a LTT edition with orange anti-vibration pads at first, and will also include custom fan stickers. Should you want other color options, Noctua’s store also sells blue, green, red, white, and yellow anti-vibration pad options.