The amount of choice when it comes to NVIDIA’s ray tracing extension, RTX, has been somewhat limited for the most part. On the professional side, dozens of software companies have already integrated Tensor and RT cores into their pipeline for rendering and AI assisted tasks. For games, it’s a different story, but NVIDIA used Computex 2019 to announce that more titles will be coming.

As part of its keynote, NVIDIA showed off some more Quake II RTX footage. This made use of all kinds of ray tracing features such as shadows, reflections, refractions (glass bending), and global illumination, all built up on the original 1997 release of Quake II.

Quake II RTX will be released as a demo which includes the first three levels of the game, free on the Steam store. There will also be a full version of the game made available for purchase too, which will include the whole game, plus multiplayer deathmatch and co-op. If you already own the game, then the full RTX release will be free as well. Both the demo and full release will be made available June 6th.

Also on show was a demo and trailer for Wolfenstein: Youngblood, coming out July 26th by MachineGames and Bethesda. They partnered with NVIDIA for the launch as it takes advantage of ray tracing effects, but also some performance enhancements as part of NVIDIA’s Adaptive Shading – or Variable Rate Shading (VRS) by another name. While not strictly an NVIDIA-only tech, VRS is a means of shading different parts of a scene at different levels to maximize performance, so parts obfuscated by fog are rendered at a lower quality because they are partially hidden or blurred. As part of the partnership, Wolfenstein: Youngblood will be given away for free as part of a new gaming bundle with select GeForce RTX 20-series graphics cards, desktops, and laptops. These will be bundled from May 28th (today) until August 6th.

In addition to the other two games was a Chinese role-playing game called Sword and Fairy 7, which will be using RTX reflections and shadows, although not much else was shown beyond a trailers at this time.

While the selection of games might not be terribly exciting, the new G-Sync Ultimate panels might, especially the mini-LED displays that Acer and ASUS will be rolling out soon. These are 144Hz 4K HDR10 displays on a 27-inch panel, but instead of using a 384-zone LED backlight, these will now include 576 zones.

More zoning means more control over HDR effects and prevents bleeding of light into dark areas, creating halo effects that can be distracting. new models will have 1000-nits of brightness made available, which is somewhat of a rarity for gaming displays. 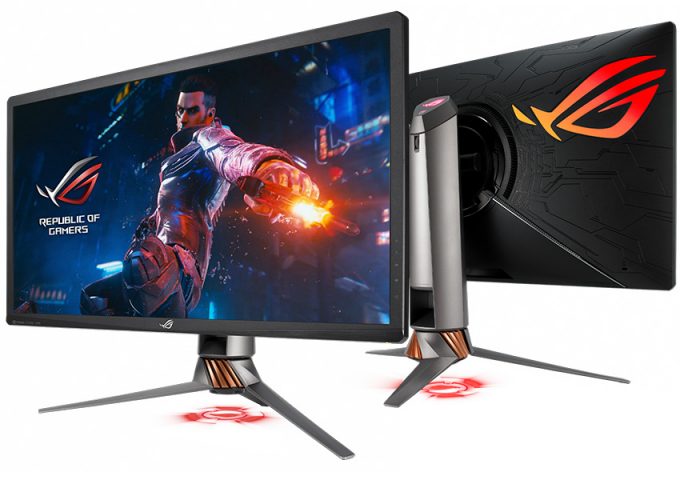 As for the G-Sync compatible range of displays that NVIDIA has validated for standard variable refresh/adaptive sync, three more displays have been added to the list, including Dell’s S2419HGF, the HP X25, and LG’s 27GL850, bringing the total number up to 28 compatible displays.

For those looking for a larger format, there’s NVIDIA’s Big Format Gaming Displays, or BFGDs. ASUS will be releasing its first BFGD display under its ROG brand, and it’ll be a 65″ display running at 4K 120Hz, and 1000-nits brightness, HDR, low latency, and DCI-P3 color space compatibility. 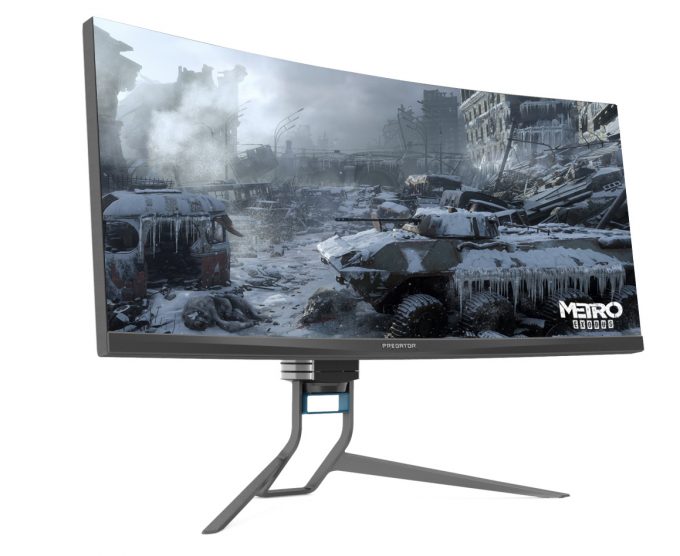 If 65-inches is a bit much, there’s also a pair of ultrawide displays that might get a few hearts beating. Both Acer and ASUS will have 35-inch displays coming out soon with all the bells and whistles that are normally missing from ultrawides, namely the 1000 nit brightness and HDR. These have 512-zone backlights, and a refresh rate of up to 200Hz (although this is likely at lower resolutions than the native 3440×1440).

Unfortunately, no release dates or prices were given for these displays, and we may not see the BFGD for a while (all of them have been slow to release it seems). For us, the decked-out ultrawides are the most appealing, but there’s a good chance the prices will be rather alarming.