It’s hard to believe that in 2019, we’re hearing so much talk about the FPS classic Quake II. We’ve known for months that NVIDIA’s been able to infuse some ray tracing into the 1997 original, but we didn’t know until recently that the company had plans to make it available to the public. If you own the original Quake II, and an RTX-capable graphics card, you can jump into the full experience immediately.

Sometimes, it’s not a bad thing to mix new with old, and that’s what’s happening with technologies here. Quake II was a cutting-edge game at the time of its release. Admittedly, I grew up a bigger fan of the original than the sequel, but I can never forget how many friends I had who were playing Quake II over their LAN. I remember as a kid visiting a relative at their college, and wouldn’t you know it, a number of student PCs were equipped for Q2 multi-player fun. 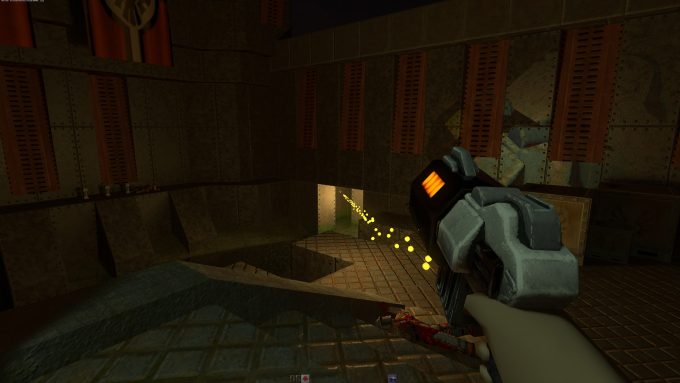 At the time of its release, Quake II required a current-gen PC to run with any reliability, so it’s funny that the very same thing can be said about Quake II RTX – just because ray tracing is so computationally intense, even on accelerated hardware like NVIDIA’s RTX series, with dedicated RT cores. That said, the image quality is not going to match the performance drag, but this is all about showing what can be done with real-time ray tracing, and the game’s design is simple enough to help people really appreciate what’s possible.

I gave Quake II RTX a go on both Windows and Linux, and had a flawless experience on each. With Windows, and equipped with a GeForce RTX 2080, I played a few levels at 1080p, hitting about 55 FPS on average. On the Linux rig, with TITAN RTX, I played at 4K, but at a crippled 25 – 28 FPS. All of the screenshots included here were taken with that version. 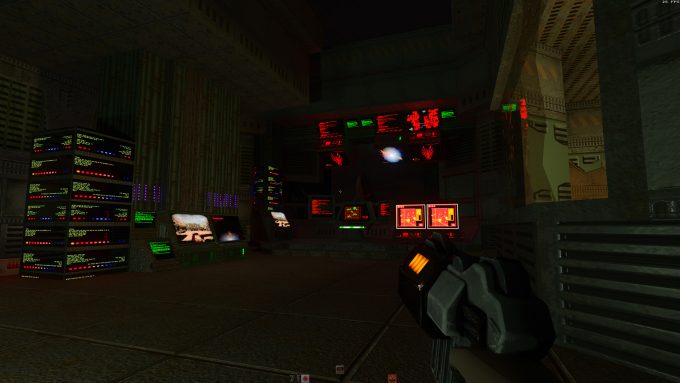 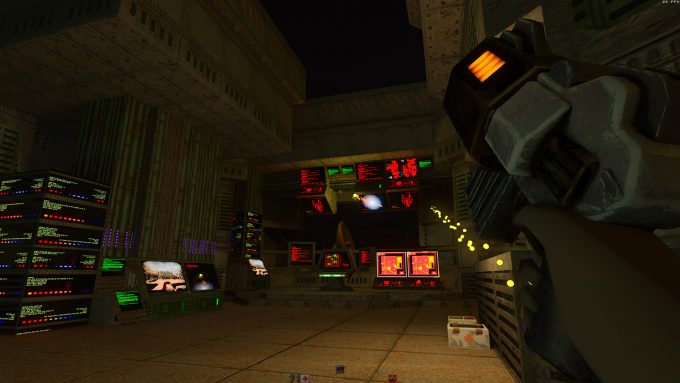 … but are easily lit with the Blaster

If you already own Quake II, you can hit up the download page to grab the “demo”, which applies just as well to those looking for a free taste as it does those with the full game. During the install, you’ll be asked if the full game files are stored somewhere, and then you can browse to them. Alternatively, you can also install the specific Quake II RTX entry here. Currently, the full version of the game is on sale at Steam for half price, as it is also over at GOG.com.

In Windows, the game complained about my GeForce driver being out-of-date, even though it was by only a single release, but in Linux, I got by using the somewhat aging 419 driver. The biggest caveat is that you need to have an RTX capable GPU installed, or else the game will not run. If you are using your own original copy in Steam, you may need to enable Proton to get things to work. You at least have to if you want to play the original unmodified version.

Over at Steam, NVIDIA gives some suggestions on recommended settings for the different RTX cards, all at 1080p:

There’s no doubt that the lighting in Quake II looks far more realistic with ray tracing, as you’d hope, and as I was playing, I couldn’t help but think of other classic titles I’d love to see improved with the technology. That includes the original Quake, which oozed with creepy environments, and I can’t mention old games without dropping Duke Nukem 3D. That’s another game that would look quite sharp with RTX. 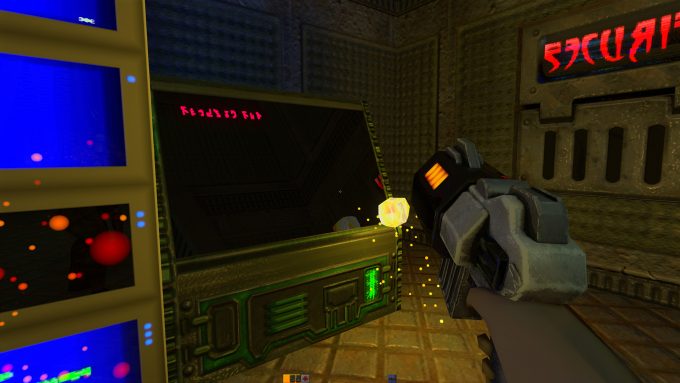 The lacking performance is the biggest issue with real-time ray tracing, but that’s the price to be paid for really pushing the envelope. The fact we can do it at all is still impressive to me. But it becomes exciting when you consider future-generation GPUs should only improve things. Maybe we won’t always be locked to 1080p, and maybe low end hardware won’t need to throttle so much back. It’s just nice to see progress of any sort right now.

As for actually “modern” games, the new Call of Duty: Modern Warfare was recently announced to include NVIDIA’s RTX technologies, so yes – more modern examples are coming, as well.