After NVIDIA announced its RTX technologies last summer, the world began to wonder just how much it could improve our games. Since then, some examples of ray tracing implementations have been better than others, with Metro Exodus proving to be one of the best so far. That’s a series that’s always valued lighting, so when it’s done right with ray tracing, it can look awesome.

A couple of months ago, NVIDIA proved that even older games can experience some major enhancement with the addition of ray tracing when it helped release Quake II RTX, an FPS classic imbued with modern lighting technologies. At Computex, I remember hearing someone say, “What’s next? Minecraft?”, and well, here we are. NVIDIA is helping to release an official add-on that will dramatically improve the look of the world. Take a look at this before and after: 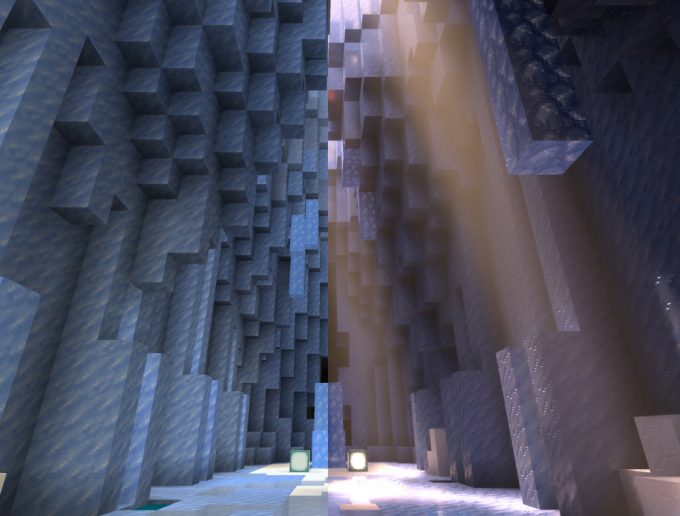 To see the ray tracing effects in action, you can check out the video below:

If you’re a Minecraft player and have been wondering how you can make the game more intensive on your system, it looks like NVIDIA’s going to be helping out with that shortly. The results in the video are simply impressive, so we hope they likewise seem just as impressive throughout the rest of the game, since this isn’t supposed to be just some small addition, but will affect the entire game world.

A handful of games were announced with RTX support at E3 a few months ago, and at Gamescom, some of them have had RTX-specific trailers drop. Here are those for Control, Watch Dogs: Legion, and Call of Duty: Modern Warfare:

We’re not done. The RTX impact is hitting hard at Gamescom. Even Dying Light 2 will be adding support, although no videos are available quite yet. Likewise, Vampire: The Masquerade – Bloodlines 2 will also be getting an RTX patch, while Metro Exodus: The Two Colonels DLC will extend the ray tracing capabilities to area, point, and emissive lights. Exodus already looks good with ray tracing, so any enhancement should be welcomed by fans who’ve enjoyed playing with RTX on already.

With all of this, we still haven’t covered everything related to ray tracing tech at Gamescom. You can read more in the official blog post. Interestingly, DLSS (deep-learning super-sampling) hasn’t been mentioned at Gamescom nor was mentioned at E3 a few months ago. Clearly, game developers are much more anxious to implement ray tracing over AI-driven AA, and that’s probably a good thing.