At the ongoing CES 2023 event, NVIDIA has had lots to talk about – from new GPUs to Omniverse to DLSS 3. Perhaps one of the biggest announcements revolves around the company’s notebook gaming efforts. As of today, the company says that over 170 upcoming designs will include a latest generation GeForce “Ada Lovelace” GPU, with this unveiling marking the first time a 90-class GPU has found itself in a notebook.

It’s important to note that an RTX 4090 in a notebook is not going to perform the same as the RTX 4090 does on desktop, and it’s one reason we wish companies like NVIDIA would begin naming their mobile parts to closely match the same level of performance people would get from the same-named desktop GPU. Nonetheless, RTX 4080 and 4090 notebooks will begin at $1,999, but many other models will be available with more modest GPU options, like RTX 4050, 4060, and 4070 (notably, none of these exist for desktop yet). 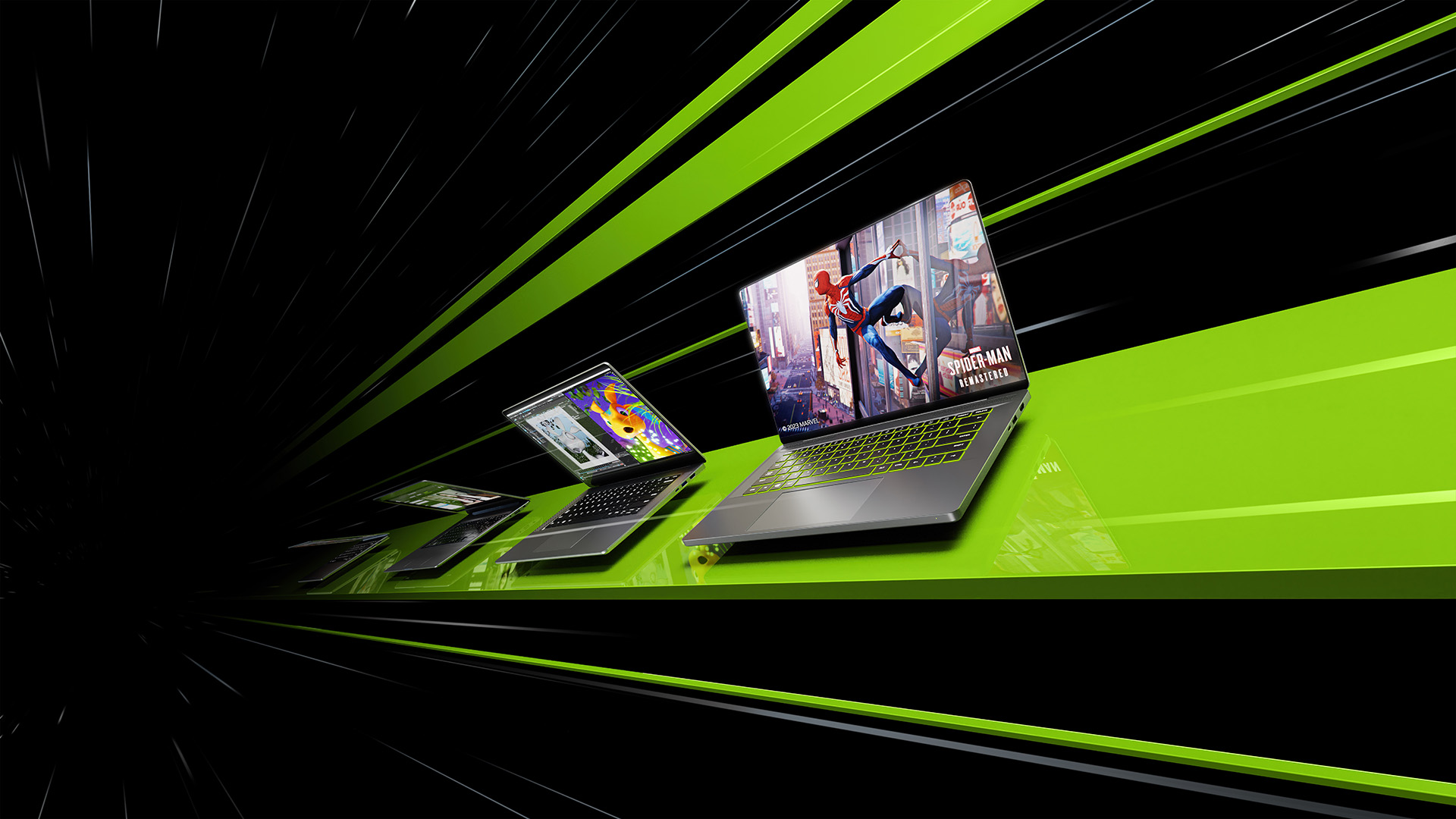 Also in the graphics hardware department, NVIDIA just launched its GeForce RTX 4070 Ti desktop GPU, which we’ve already taken a thorough workstation-angled look at. While we’ll be tackling the gaming aspect of the new card soon, based on other reviews we’ve seen around the web, it really seems like this new GPU will look most alluring for creators.

NVIDIA is targeting the RTX 4070 Ti at those who might still be running a GeForce GTX 1080 Ti or RTX 2080, with the company calling it a “tremendous upgrade”, and to be fair, it is. It also adds nice features like DLSS 3, which when used in a supported game can provide a 10x performance boost over the 1080 Ti. 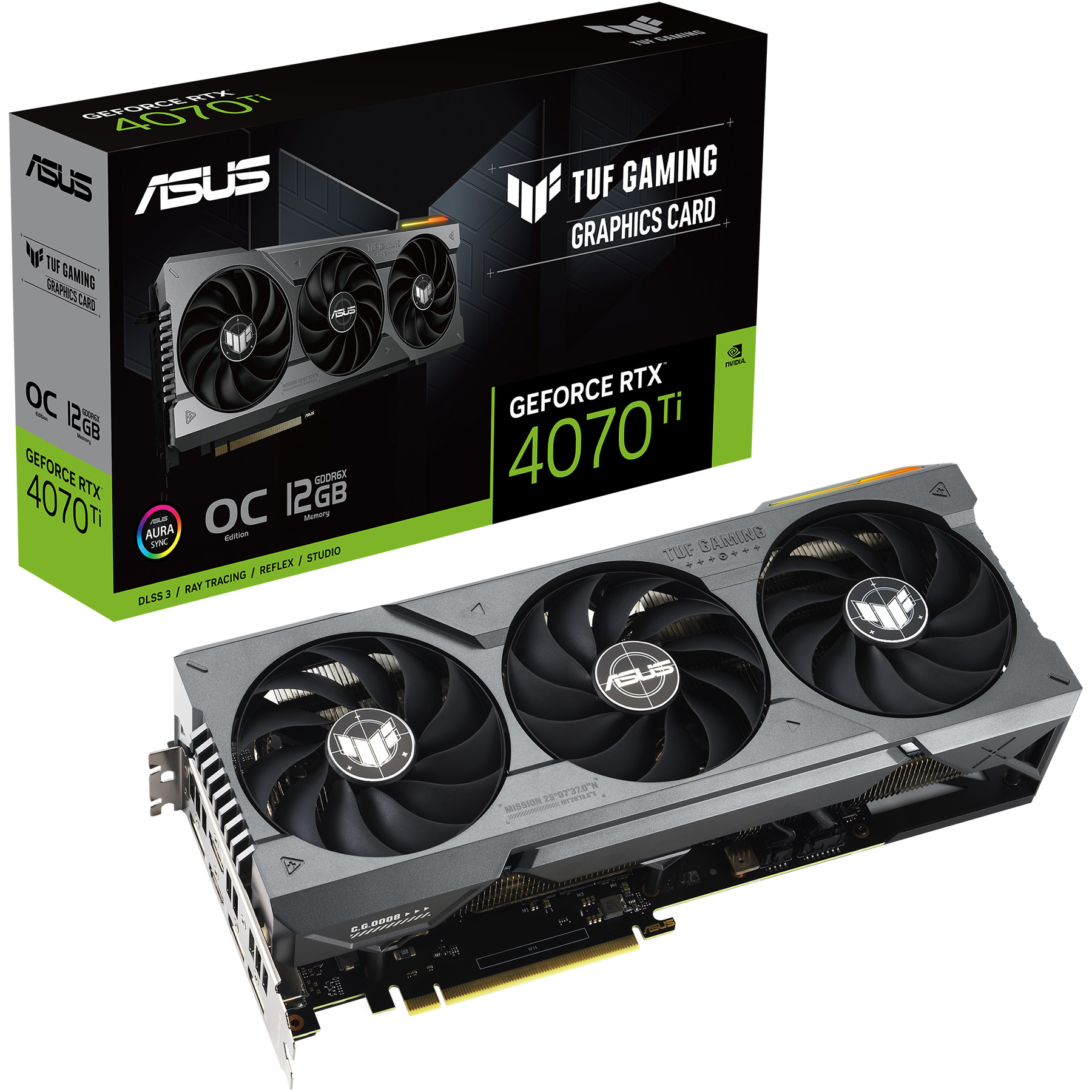 On the topic of DLSS 3, NVIDIA has noted that 50 released and upcoming games are confirmed to have support for it, which is great to see. While we’ve yet to play a DLSS 3-equipped title straight through, our experiences in testing have been good, with huge gains to be seen for minimal visual impact. 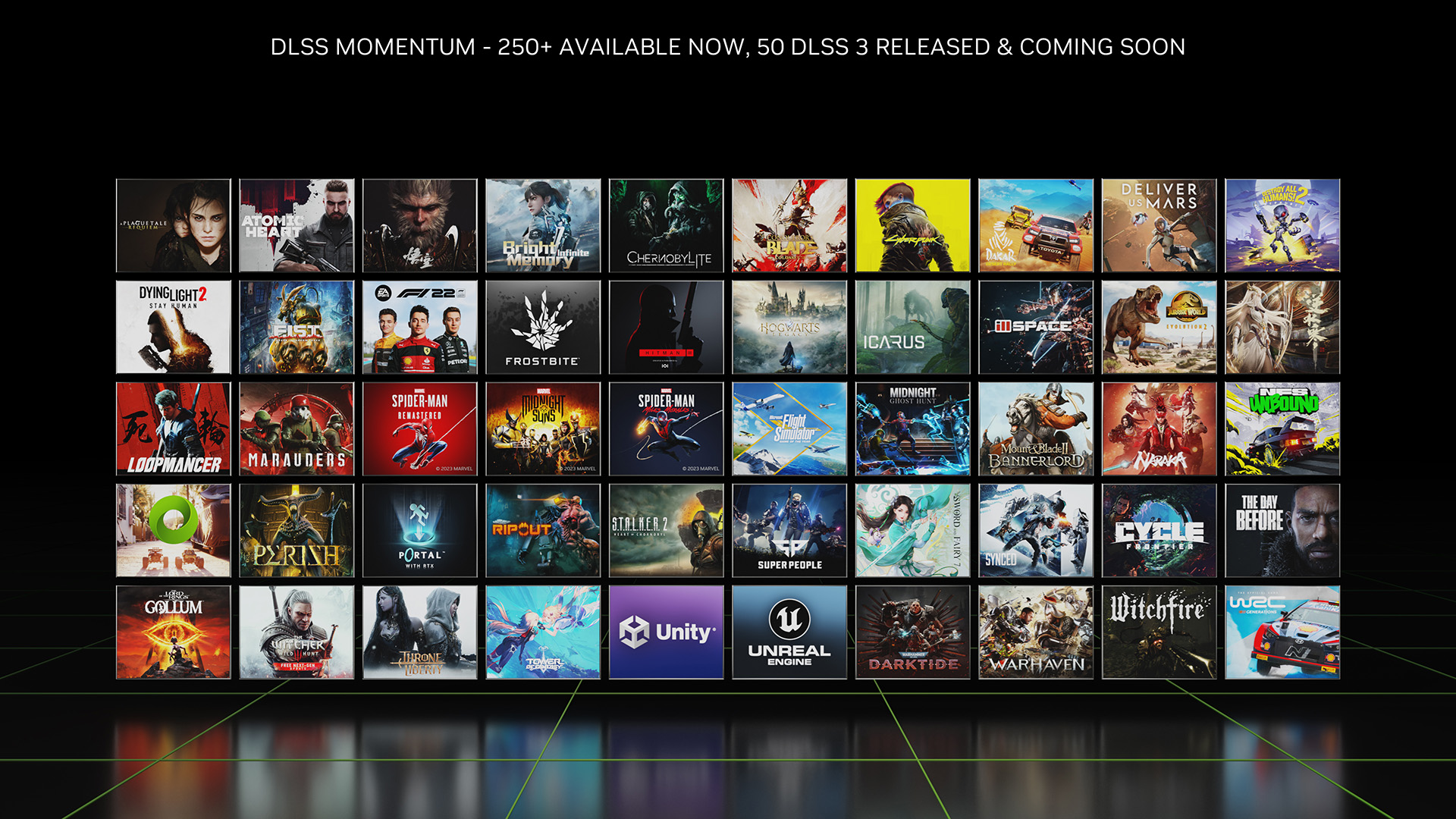 Furthering the gaming-related announcements comes updates to NVIDIA’s GeForce NOW service. Going forward, RTX 4080 GPUs will be available on the service, useful to those who demand the best possible graphics with the highest frame rates. To lure some console gamers over to GeForce NOW, NVIDIA says that its service offers 5x the performance of an Xbox Series X. 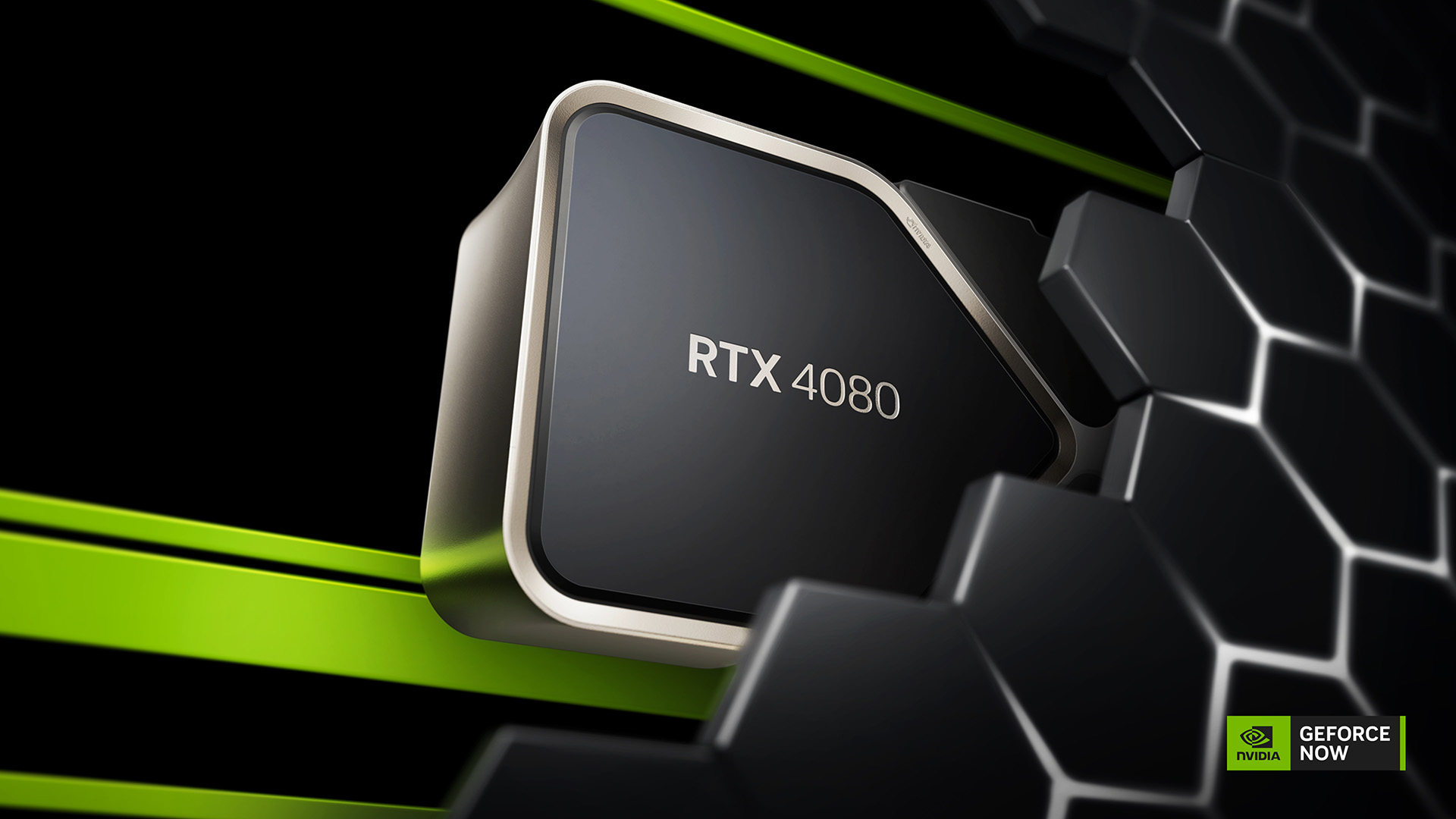 Aside from gaming, the creator and workstation market had lots of focus from NVIDIA here, as well. One thing that really stood out to us is the fact that NVIDIA is so fully behind its Omniverse platform, that the software hub will be installed on all NVIDIA Studio notebooks going forward. That way, new users can jump in quick, and see how the solution can improve their own workflows.

Omniverse is even gaining some Blender integration, particularly with AI generative tools not just for video, but audio. The company again mentions that its NVIDIA RTX Remix resolution for modding games will enter “early access” soon. Its Broadcast software, which this editor relies on quite a bit, is also gaining a useful update, adding eye contact and vignette features.

Tying into NVIDIA Studio updates, the company is bringing RTX Video Super Resolution, a tool that upscales videos, aiming to make 1080p output close to 4K native once upscaled. That sounds too good to be true, so we’re going to hold off on judgement until we can get our hands on it.

We can say that when we first saw this technology at SIGGRAPH 2018, it really did impress us. Things have surely only improved since.

Overall, we look forward to seeing many of these updates roll out. It’s hard to pick just one, which is a great thing.