Following-up on its teaser of a Cyberpunk 2077-infused GeForce yesterday, NVIDIA has today taken the veil off, and revealed everything there is to know about this special release. And… it does in fact pay to read about it beforehand, because if you are prepared to head to Amazon or Newegg to score one, you’re going to be left sorely disappointed.

At the forefront, the Cyberpunk 2077 GeForce is an RTX 2080 Ti. It would have been quite something for NVIDIA to call it GeForce RTX 2077, but at the same time, that’d result in extra driver work which wouldn’t really be worth it. All told, there’s only going to be 200 of these cards available, so those who manage to score one are going to be ridiculously lucky. 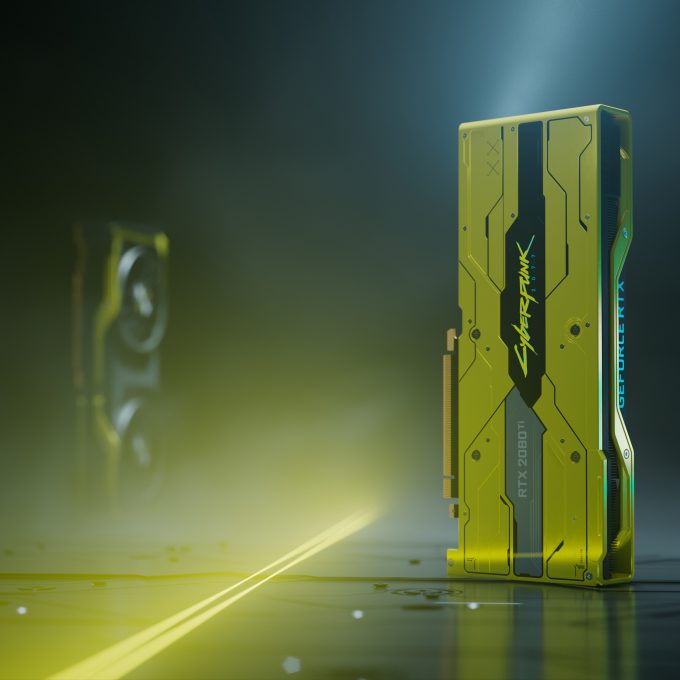 How to get one? From NVIDIA’s mouth:

We built this GPU to honor the loyalty and dedication of GeForce and Cyberpunk 2077 fans around the world. They will have the opportunity to win one of 77 by participating in our #RTXOn Sweepstakes — all they need to do is share a message of goodwill and positivity with the friends they tag.

NVIDIA has made it clear that these are not for sale now, and won’t be in the future. No press will receive them, either, which makes perfect sense as it’s the same card we’ve reviewed before – it just has a cooler theme used to celebrate the pending launch of this mega-hyped title. 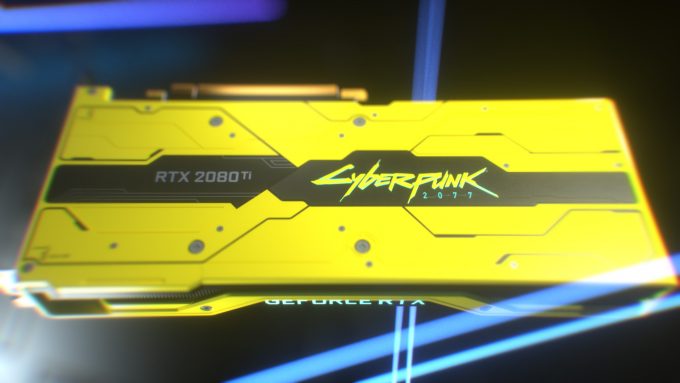 If you are interested in trying to score one of these cards (of course you are!), you can head on over to the official sweepstakes page to learn everything you need to.

You might have noticed that NVIDIA has nearly 200 of these cards, but only 77 are being freed-up because of this promotion. That’s because the rest will be used for community and charity promotions in the future – so you can still keep an eye out for those if you fail to score one of these beauts from the official sweepstakes.