NVIDIA’s been hard at work releasing new drivers today, as GeForce Game Ready, Studio, and Quadro have all seen updates to version 451.48. This is the most notable driver release from NVIDIA since the release of the May Windows 10 update, as it enables official support for DirectX 12 Ultimate, the most up-to-date version of DX12 that will require the right hardware to take advantage of.

There’s a good unbiased look at DX12 Ultimate at Microsoft’s DX developer blog for those who want to explore all of what it brings to the table. Most importantly, it enables full support for DirectX ray tracing (DXR), Variable Rate Shading, Mesh Shaders, and Sampler Feedback. At the moment, only NVIDIA’s RTX graphics cards can accommodate all of these features.

Some of these mentioned features have been seen in the past, but brand-new is Hardware-accelerated GPU Scheduling, which is said to improve memory management when multiple things are going on – such as playing a game while watching a YouTube or Netflix video. Fortunately, this works without concern to the graphics APIs being used, so the benefit should be system-wide.

The DX12 Ultimate feature set is one that’s going to be shared between the PC and Microsoft’s Xbox Series X, which is something that should improve the likelihood of games becoming cross-platform (or, at least reduce the amount of headache for developers.) To see if DX12 Ultimate is active, you can run dxdiag and see if the current WDDM version is 2.7. If so, you’re golden. Remember: you also need the latest version of Windows in addition to this new driver to fully reflect the update.

One thing we noticed is that the driver now displays which variant is currently installed: 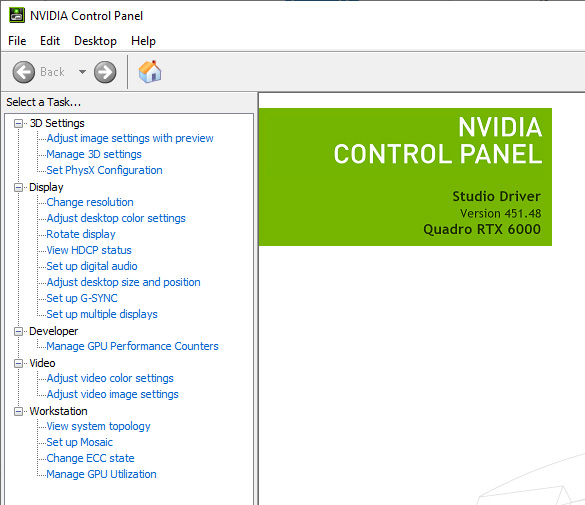 This is a helpful change, but admittedly, we’ve been hoping for the past while that NVIDIA would use this space to say whether or not a driver is Standard or DCH. You can click “System Information” at the bottom to check that, but that’s just another step. Of course, it’d be even better if one driver installer applied to both, but we’re imagining NVIDIA isn’t keeping them separate because it loves complexity.

The Quadro version of the 451.48 driver has another more subtle change lurking: it’s replaced the nView desktop management tool of old with Quadro View. The functionality and goals remain the same – to let people create desktop profiles and easily move between them – but the UI has been completely overhauled to match Quadro Experience. Speaking of, we toured Quadro Experience a few weeks ago, so check that out if you want to see why you should (probably) have it installed. 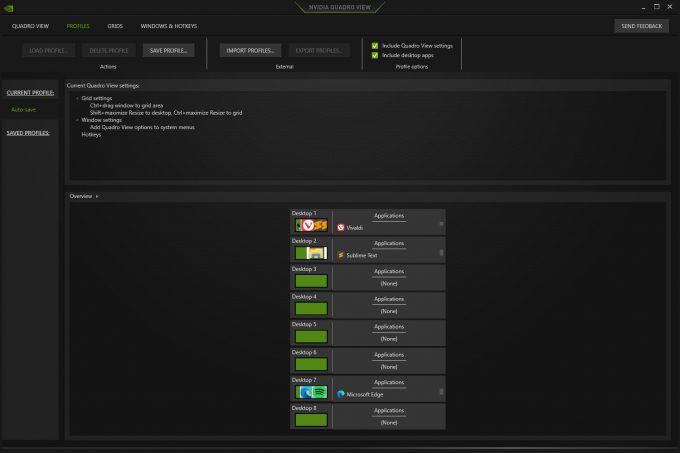 In addition to all of this, NVIDIA has also released support for nine new G-SYNC Compatible monitors, and while we could list them here, we’ll instead point you to the entire list so you can scour for your exact model. Lastly, NVIDIA has also rolled out one-click optimization support for a variety of new games, including AoE III: Complete Edition, Mafia II: Definitive Edition, Roblox, and Streets of Rage 4.

You can grab the latest driver of your choice at the official download page.