NVIDIA’s latest GPU Technology Conference begins today, and to say the company has a lot to talk about is a true understatement. This may be the newsiest GTC that NVIDIA has ever had, making it difficult to figure out where to even begin. Well, given our love for the latest graphics tech, the launching of ten new professional GPUs seems like a good starting point.

Last fall, NVIDIA announced its latest top-end workstation graphics card, the RTX A6000. While it’s a Quadro in spirit, NVIDIA made the choice to drop that brand from its latest offerings. That now extends to the newly-launched RTX A5000 and RTX A4000, effective successors to the RTX 5000 and RTX 4000. Here’s the A5000: 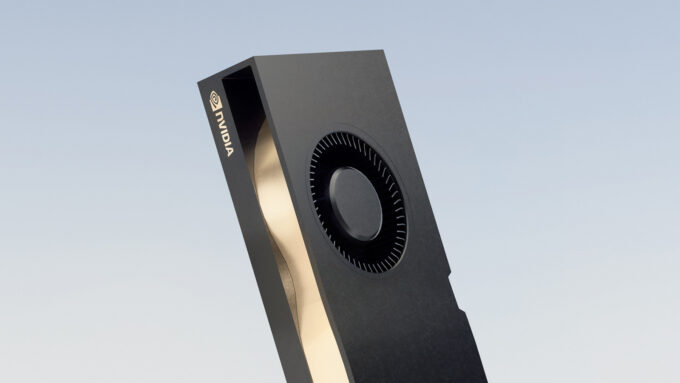 With these latest cards launched, the latest NVIDIA workstation GPU lineup stands as such:

NVIDIA’s workstation GPU lineup has changed quite a bit over the past couple of generations. Part of that includes the latest move of dropping the Quadro name, but even before that, NVIDIA never delivered a Quadro P2000-level card in its Turing series last generation, making us wonder if the company is still planning to release more modest ProViz cards.

Tying into that, because a P2000-level card hasn’t existed since Pascal, it’s meant that NVIDIA’s latest workstation lineup has supported ECC from top to bottom. Whereas the Pascal-based Quadro P4000 didn’t feature ECC, the successor Quadro RTX 4000 did. That’s likewise true with the new A4000. 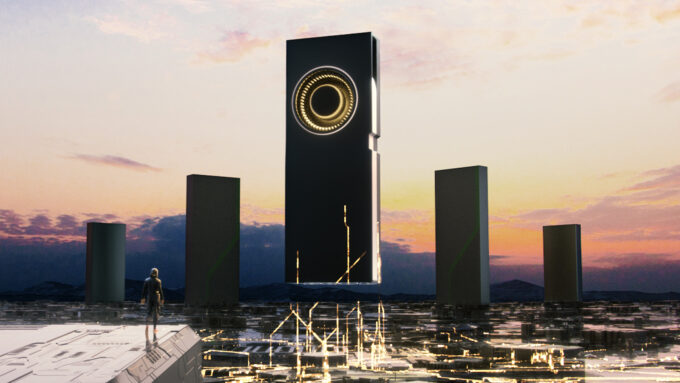 Each one of NVIDIA’s new Ampere-based workstation cards increase not just performance gen-over-gen, but memory density, as well. The 8GB RTX 4000 morphs into a 16GB A4000, while the A5000 adds 8GB over the previous gen, to hit 24GB. With the last-gen Turing, you needed to splurge for the RTX 8000 to secure 48GB of memory, but that’s now equipped with the latest 6000 series card.

We have yet to test one of NVIDIA’s latest workstation cards, but we’ve tested the gaming variants of Ampere many times, and can say that the performance uplift over Turing can be huge in some cases. NVIDIA improved every performance angle of ray tracing from Turing to Ampere, so whether you’re rendering with straight CUDA, or OptiX accelerated ray tracing, you’re going to see big improvements.

Naturally, gaming cards are not ideal for all design solutions, so it’s great to see that NVIDIA has finally rolled these new models out. Sadly, this is happening at a time when the industry is dealing with severe chip shortages, so hopefully NVIDIA has a decent supply built up for this launch.

It’s worth noting that the A5000 supports a range of vWS virtual GPU configurations, as the A6000 also does. The A4000 does not include this support, making the A5000 stand out a bit more. Aside from ECC, it’s not too often we see support features like this drop between the 4000- and 5000-series cards. While the new GPUs are not listed yet, you can read all about the different configurations and licensing options in this PDF.

On the topic of vGPU, NVIDIA has also announced new A10 and A16 graphics cards, suited for the enterprise. The A10 is targeted at virtual workstation performance for designers, while the A16 is all about improving the user density.

On the A10 side, NVIDIA is promising 2.5x faster graphics and inference performance compared to the previous-gen NVIDIA T4 Tensor Core GPU. Data center administrators can flexibly provision resources to make sure that all of the GPU is being taken full advantage of. As a T4 successor, interference is a big part of this product, so the ideal audience will be taking good advantage of NVIDIA’s AI denoising features.

As for the A16, it’s a card that caters to those working from home, who remote into their workstation and need ample performance to get the job done. This card’s resources can be divvied up many ways, with up to 64 users per card supported. Under the hood of this dual-slot card are four GPUs, each supporting 232GB/s memory bandwidth (not exactly top-end, but that’s the difference between a single GPU used by one person and one GPU used by many.)

Well, that’s quite a bit of GPU news, but we’re still not done. Up next, mobile GPUs:

Six total GPUs grace NVIDIA’s latest workstation-focused laptops, with the bottom two notably belonging to the previous generation Turing cards. As you can see from the specs across the lineup, there are some major differences between the bottom and top of the stack. While the T-series cards might be suitable for CAD-like work, if you want good rendering performance, you need to opt for the A-series.

As before, these mobile GPUs offer Max-Q technology, which now includes official resizable BAR support. With up to 16GB of frame buffer available, you can get a lot of good work done while mobile. We can’t help but wonder if a mobile-bound A6000 with 24GB happens to be in the cards.

NVIDIA says that its enterprise GPUs will be available as early as later this month, while these mobile GPUs will begin hitting notebooks at some point in Q2.