NVIDIA updated its three core driver releases this week (GeForce, Studio, Quadro) to 461.92, and bundled within is a bunch of optimization for cool new AI features that are found in various creative applications, such as from Adobe and Blackmagic Design. NVIDIA wants you to “work smarter, not harder”, and AI can really help out with that.

In its related driver blog post, the company goes over various solutions that exist right now, and are coming down-the-road. Of particular interest to us is the Super Resolution feature in Adobe’s Camera RAW, one that’s going to be hitting both Lightroom and Lightroom Classic this summer. As it sounds, AI is utilized to upscale images to printable versions, without any obvious quality loss.

This is exactly the kind of workflow we’re keen on implementing into our benchmarking, although we may wait for Super Resolution to hit LR Classic, so that it’s easier to test in batches. Compared to the CPU, GPUs can parallelize such tasks really well, so we hope that once it can be used in a batch type of manner, it’ll be a test that actually scales and delivers interesting test results. 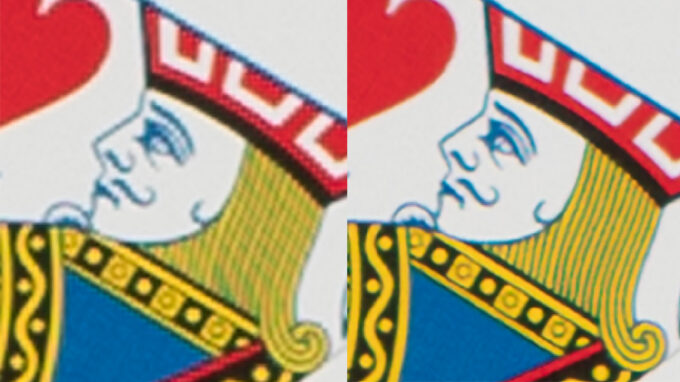 Similarly, with the new Enhance Images feature that’s allegedly available in the current build of Lightroom Classic, you’ll be able to tap into your GPU’s horsepower to sharpen and improve image quality with the help of machine learning. NVIDIA claims this process is about 5x faster on GPU than CPU.

Even Adobe’s Photoshop has a bunch of AI features now, including neural filters, such as Smart Portrait, which can really empower you to make elaborate edits quickly and easily. As we wrote about last fall, Photoshop also recently gained a new AI feature called Sky Replacement, which does exactly as it sounds. It’s definitely worth checking out, even if you just want to experiment and don’t need it right now.

Another ultra-popular creative editor has seen an update recently: DaVinci Resolve 17. AI is no stranger to DaVinci, and we’re quite sure the first features to make use of NVIDIA’s Tensor cores were first found in 15. In 17, Magic Mask allows you to quickly create accurate masks of people or whatever else, while Smart Reframe automatically crops a video from its original format into properly-oriented vertical or square frames.

There’s also Scene Cut Detection in the latest DaVinci update, and as it can analyze the timeline and apply blade edits to isolate each scene by itself, it could prove to be a big time-saver.

If you’re an Adobe Premiere Pro user, don’t fret: there are similar features on that side, as well. In fact, Auto Reframe came last year, so we’re glad to see it catching on like wildfire.

As always, you can snag the latest Studio driver at the official download page.