As if the release of the long-anticipated ShadowPlay and a couple of price drops weren’t enough, NVIDIA has gone ahead and released a massive update to SHIELD that helps take the device’s potential to the next level. That’s cliche – but it couldn’t be more true.

At the top of the list is GameStream, a feature that utilizes a GeForce-equipped PC to wirelessly stream a supported game from Steam over to the SHIELD. This in effect makes SHIELD a personal cloud gaming solution (at least, in the home), and because of how NVIDIA transmits the data, the game will appear native – crisp, just like it does on the PC.

I tested GameStream last week with Borderlands 2 and Sleeping Dogs and couldn’t have been more impressed. Connecting to the PC – even the first time – couldn’t have been simpler, and within a minute, I was playing one of those games on SHIELD.

While it’d be amazing if the game didn’t have to run at full screen on the PC in order to stream to the SHIELD, it’s a small compromise – just don’t expect to stream a game and allow someone else to use the PC. When the streaming is active, you can control the game either with the SHIELD or the keyboard and mouse – it’s all pretty intuitive and stable.

Tying into this feature a little bit is Console Mode, which allows you to hook your SHIELD up to a television or other display via HDMI and then stream a PC game to it. This turns SHIELD into its own game console, and like GameStream, what you see on the screen will appear native – it’s not going to appear compressed like video. 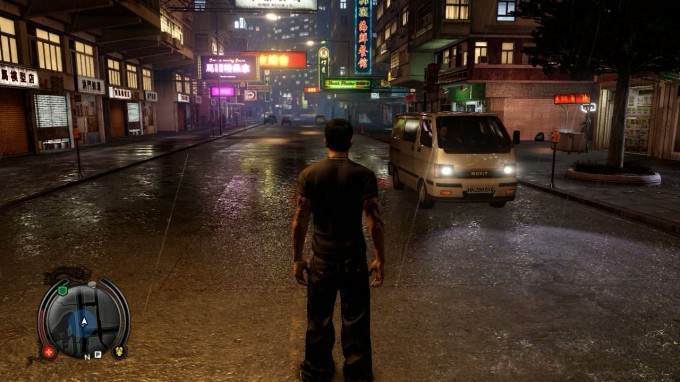 This is a feature I haven’t tested out yet, primarily due to the fact that I don’t even own a television (I plan to test just on an HDMI-compatible PC monitor), but when I saw it in action a couple of weeks ago at an NVIDIA press event, I was genuinely “wowed”. I saw Borderlands 2 running on a big TV, and it simply looked fantastic, despite it running at a lowish resolution of 720p. While an NVIDIA employee mentioned that some slight blurring can occur due to the wireless transmission, I couldn’t spot it at all.

Finally, something a lot of SHIELD owners have wanted since the device’s release is a gamepad mapper – and now we have one. For games that don’t natively support a gamepad, this built-in mapper will allow you to convert touchscreen commands into gamepad ones. This is another feature I’ve yet to try, but I’ll be testing it out soon.

The biggest perk here is that the community can get involved: You can download other people’s profiles, or submit your own. It could be that you might not even have to create your own maps; if a game profile is available, you can just download it. Over 100 games have profiles created by NVIDIA, and the company expects that to surpass 200 soon. 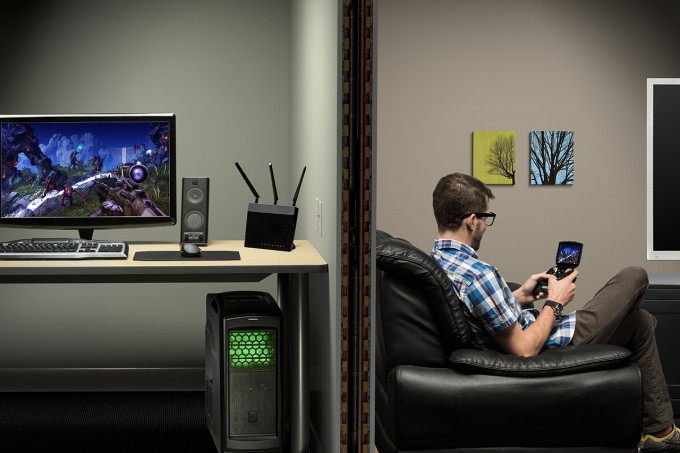 Via a USB gigabit Ethernet adapter, another update later this year will allow you to transmit games via this method to 1080p.

To read a bit more on SHIELD’s latest update, hit up GeForce.com. I’m still heavy into testing SHIELD, and plan to prepare a proper review soon, taking a look at all of the features mentioned above and more. Stay tuned.