Ahead of the launch of NVIDIA’s most recent Ampere-based GeForce, RTX 3060, the company said that due to a hash limiter put in place, the GPU wouldn’t be desirable to cryptocurrency miners. The goal was likely obvious from the get-go: NVIDIA wanted more of its gaming-focused GPUs to – you know – actually wind up in the hands of gamers.

Since the RTX 3060’s launch, some people have figured out how to bypass the limiter to some extent, an issue we expected NVIDIA to iterate on as time goes on. Today, the company has another surprise in store, one that might annoy hoarder miners who don’t mind wasting perfectly good hardware on nonsense math problems: future RTX 3080, 3070, and 3060 Ti cards will be bringing hash limiters. 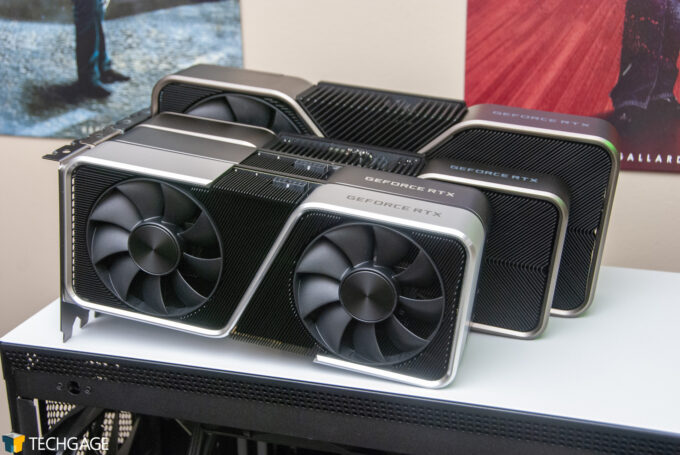 Whether you’re a miner or not, you’re probably wondering how anyone is going to be able to tell two distinct releases of the same model GPU apart, and the answer is “Lite Hash Rate”. Going forward, those aforementioned three GPUs will have an additional LHR logo on the box to make it clear that you will want to look elsewhere to satiate your hashing appetite.

Following the release of the hash-limited RTX 3060, some wondered if AMD would follow in NVIDIA’s footsteps, and to date, the company has been adamant about the fact that nothing would be changing. It could be that AMD knows the cards are going to fly off of the shelves anyway, but there is something to be said about NVIDIA going to lengths like this to cater to its gamer fanbase. Still, when the same company has also released a dedicated mining (HX) series, this new move may still ring hollow to some.