When NVIDIA announced its Ada Lovelace generation of GeForces last month, it kicked things off with the top-end RTX 4090 (our review here), and two models below it: RTX 4080 16GB, and RTX 4080 12GB. In name alone, those sub-RTX 4090 models seem identical aside from the memory density, but closer inspection reveals otherwise.

The 16GB version of the RTX 4080 sports 9,728 cores, while the 12GB variant whittled that down to 7,680. Clearly, both cards are not on par performance-wise, given that, and the 12GB variant made things even worse by implementing a 192-bit memory bus, reducing its full bandwidth potential. 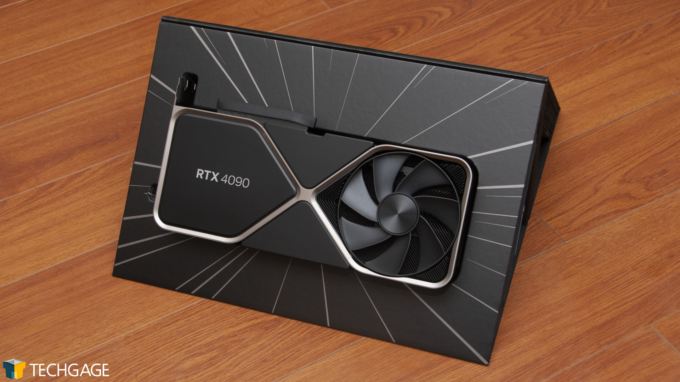 Well, enough with the preamble: NVIDIA has taken lots into consideration, and has decided to unlaunch its 12GB RTX 4080. In a new post on the GeForce website, the company states:

The RTX 4080 12GB is a fantastic graphics card, but it’s not named right. Having two GPUs with the 4080 designation is confusing.

It’s not often, if ever, that we see a product be unlaunched like this, and we’re sure the decision wasn’t made lightly at NVIDIA. We’re still admittedly baffled by how the company thought there would be no immediate adverse reaction to this, however. Ultimately though, this is the right move, and we’re happy to see the company take steps to rectify it.

What’s a little interesting, though, is that the company didn’t simply decide to rename it, to something like RTX 4070. Chances are that doing that would have conflicted with another planned SKU, so we’ll just have to wait and see if a model with these same specs pops-up again down-the-road.

With the RTX 4080 12GB gone, NVIDIA’s current Ada Lovelace generation is down to two models:

As mentioned in the official blurb above, the RTX 4080 16GB will be released on November 16. As for the remainder of the Ada Lovelace generation, we’ll have to wait and see what NVIDIA has in store. We wouldn’t be surprised if the company will wait for CES to unveil its next models, but if they came even sooner than that, there’d be no complaints here!