We’re sure this will come as a surprise to no one, but with AMD’s Radeon HD 6800 series debuting on Friday, NVIDIA has taken its stance by lowering the prices on both its GeForce GTX 460 and GTX 470 graphics cards. On the GTX 460 side of things, the cost of the 1GB models will now match the 768MB models, while the GTX 470 will drop down closer to the HD 6870’s rumored price.

The revised suggested price for the GTX 460 1GB is $199.99, and NVIDIA emphasizes the “suggested” part, stating that it’s likely that many parts at e-tail will sell for even less. In addition, it also says that the GTX 460 768MB part should be found for a much more attractive price than the HD 6850, the latter of which NVIDIA claims is going to be $179.99 (no NDA’s for NVIDIA, it seems!).

This pricing should go into effect over the next couple of days, but of course, pricing is all but useless until real benchmark results for AMD’s upcoming line-up is revealed, and that will happen late tonight (10:00PM EST, to be exact). We’re still in the process of wrapping our article up, but it will be here waiting for you tonight.

The price drops seen on NVIDIA’s cards aren’t the most significant we’ve ever seen, but they could be substantial enough to make the AMD vs. NVIDIA war at the HD 6800 launch a bit more interesting. The good thing for gamers is that the conclusion for this round (as if there ever is truly one) will be reached soon. 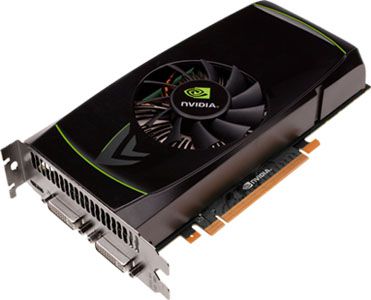 “We’d like to inform you of new suggested etail pricing (SEP) for one of our most popular GPUs, the GeForce GTX 460 1GB. The new SEP for the GTX 460 1GB is $199.99. As always, the SEP is just a suggestion and you’ll likely find retail boards from our partners at multiple price points. We expect many standard boards to sell in the $180s-$190s, and OC boards to sell for $209+.

In addition to the GeForce GTX 460 1GB, we’d also like to mention new pricing on the GeForce GTX 470. The SEP of this GPU is now $259.99. The GeForce GTX 470 offers more tessellation engines than GTX 460, making it ready for the most demanding DX11 games on the market today, and just as important, the games of tomorrow.”