It’s beginning to look like this summer is going to be a busy one for games that take advantage of NVIDIA’s RTX technologies, with the company having just sent us a huge list of some of the updates and releases en route, some of which have flown right on under our radar up to this point. 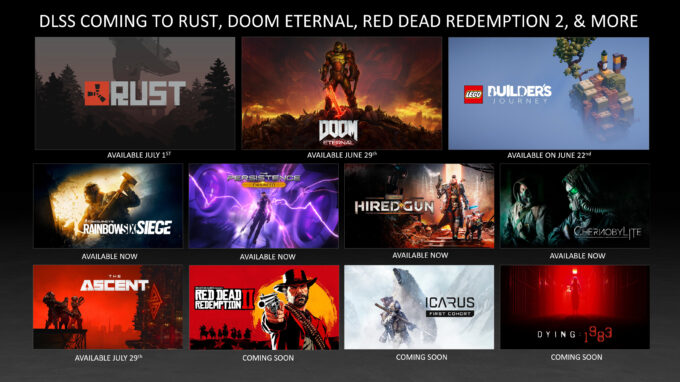 Tomorrow will see the release of LEGO Builder’s Journey, an atmospheric puzzle game that’s derived from a mobile platform game first seen on Apple Arcade. This game takes advantage of both ray tracing and DLSS, to help make all of the LEGO pieces look real, and provide compelling atmosphere to the environment, with advanced lighting and shadowing. The end result does look really quite sharp. 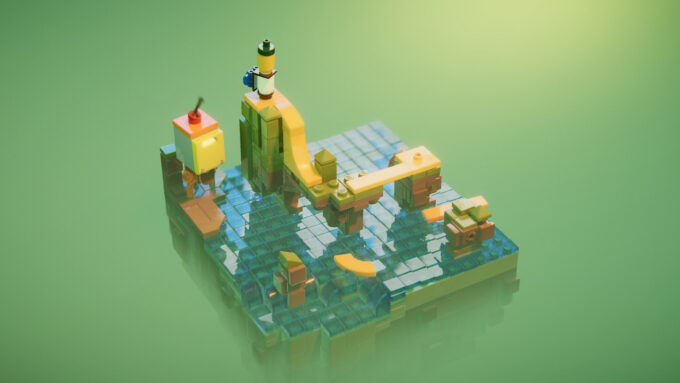 Also tomorrow, Linux gamers are going to gain access to DLSS for Vulkan-based games through Proton, which is easily one of the coolest announcements related to DLSS we’ve seen this past year. When you look back to even five years ago, the level of improvement we’ve seen for Linux gaming is simply astounding. We’re at a point where some Windows-only games work in Linux at launch, and now, a fancy graphics feature like DLSS is now becoming available as well. This deployment will immediately impact games like DOOM Eternal, No Man’s Sky, and Wolfenstein: Youngblood. Bonus: DLSS support for DirectX games running through Proton will arrive this fall.

Next week, on June 29, DOOM Eternal is going to be gaining ray tracing reflections support, and likewise the DLSS addition to boost performance. Another seriously popular game, Rust, will also gain DLSS support, a few days later, on July 1.

While we’re not given a timeline, we’re teased that Rockstar’s Red Dead Redemption 2 will also be bringing RTX support in the near-future, something we hope definitely includes ray tracing, given how gorgeous and detailed that game’s world is.

NVIDIA also notes that DLSS has hit Unreal Engine 5 as a plugin, and earlier this month, Necromunda: Hired Gun, No Man’s Sky, and Rainbow Six Siege have all added DLSS support, while The Persistence gained both that and ray tracing.

Siege became the first game to support NVIDIA’s DLSS 2.2 version, and based on some conversations we’ve seen about it around the web, it manages to become the most impressive DLSS yet (as you’d expect). Some have even backported the 2.2 DLL to previous 2.X games, and have seen improvements in some cases, so if you’re in an experimental mood, that seems like an interesting way to kill some time.

All of this RTX and DLSS love comes at a time when AMD is on the cusp of releasing the first version of its FidelityFX Super Resolution feature, one that will take DLSS head-on in the upscaling game. FSR will be launching tomorrow, and based on the rumor mill, there will actually be a few games that will support it out-of-the-gate, or at least soon. It’s going to be really interesting to see how the two technologies compare, especially since they go about their work in very different ways.