Earlier this week, we reported on a leak which suggested NVIDIA could have a GeForce GTX 1660 Ti en route, despite how nonsensical the name seems to be, given what we’ve known of NVIDIA’s naming schemes up to this point. Nonetheless, the Ashes of the Singularity benchmark result seemed awfully convincing.

Last night, VideoCardz found another convincing picture, this time of a private NVIDIA event. If you look close, you’ll notice that GTX 1660 on the wall behind. Since Ti is obfuscated, it seems likely that there will be both a 1660 and 1660 Ti. Could it be that NVIDIA is playing off the classic GeForce 660 / 660 Ti cards, released in 2012? Probably. 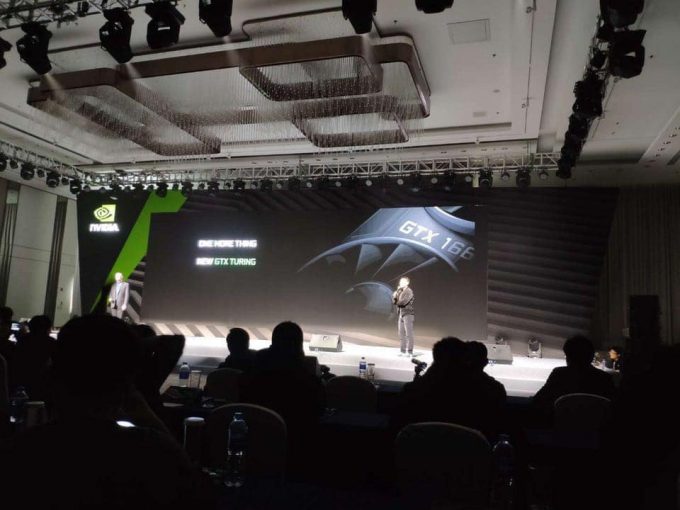 When the 660 Ti launched, NVIDIA charged a clean $300 for it. With the newly released RTX 2060 priced at $349, a Tensor- and RT-less Turing card isn’t going to cost quite so much. According to [H]ardOCP today, the card is actually going to cost $279, and it will launch on February 15. [H]ardOCP has a good track record with its rumors, and the timing seems good, so it does seem like there’s a good chance that it will happen.

With AMD’s Radeon VII set to launch on February 7, it’s looking to be an interesting month for GPUs. We also just received a Quadro RTX 4000 in the lab, so that will be thoroughly tested soon and tackled as well. Never a dull moment!