During the 2017 North American iteration of its GPU Technology Conference, NVIDIA held its first-ever Inception awards to reward six promising start-ups that utilize deep learning and artificial intelligence in their products and technologies. Culled from a list of hundreds of start-ups, these fortunate six inspire with their passion and ambition, and highlight the fact that deep learning and AI are becoming a major part of our future – a point that can’t be overstated. 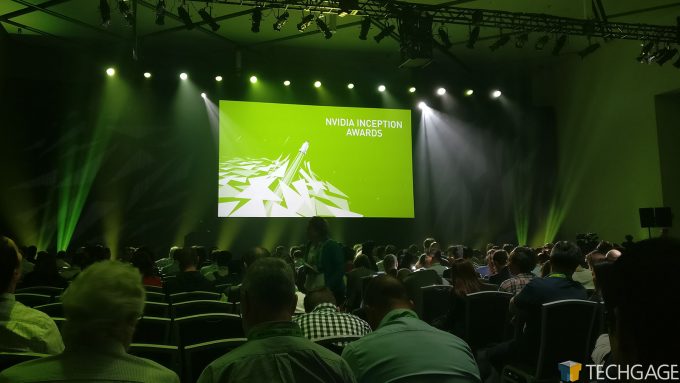 Deep learning can impact everything from health care to finance, and with components like the GPU becoming ever faster, the time it takes to train AI and infer answers has been seeing a decrease year-after-year, and with the announcement of NVIDIA’s Tesla V100, the performance ceiling continues to grow.

Health care in particular is arguably the most important beneficiary of deep learning, as it will impact us all – our families, friends; everyone. It can detect and prevent a heart attack, find traces of a disease sooner, and ultimately, help increase our lifespan.

Three of the six prizes given out at NVIDIA’s inaugural Inception awards have gone to improve health care, and another to prevent loss of life on construction sites.

Genetesis won the $375,000 “Social Innovation” prize for its efforts in building a solution that helps diagnose chest pain in emergency rooms. Its goal is to detect whether the pain is related to a cardiac problem or something else. Through the use of GPUs, scans are digested and a 3D map of the heart’s electrical performance is provided, giving doctors a lot of good information in a short amount of time.

Runner-up Bay Labs walked away with $125,000 to help fuel its work on combating heart disease by putting a comprehensive yet inexpensive scanner in the hands of as many doctors as possible. 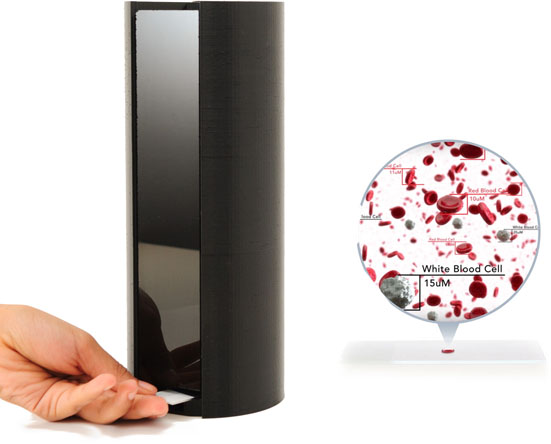 The third health care winner was Athelas, which won the top prize for “Hottest Emerging” start-up. This company is designing a blood testing system that’s capable of detecting leukemia and infections from a single drop of blood. At $500 per unit, these devices could find themselves in homes, not just hospitals or doctor’s offices. Because software drives these deep learning solutions, diseases that might not be detectable right now could be detectable in the future as more data is collected.

The runner-up in this category is Focal Systems, which develops an AI system for supermarkets. The product housing this AI is the Focal Tablet, which can enhance the shopping experience for the customer and efficiency for the store owner with the help of cameras laced throughout the environment. 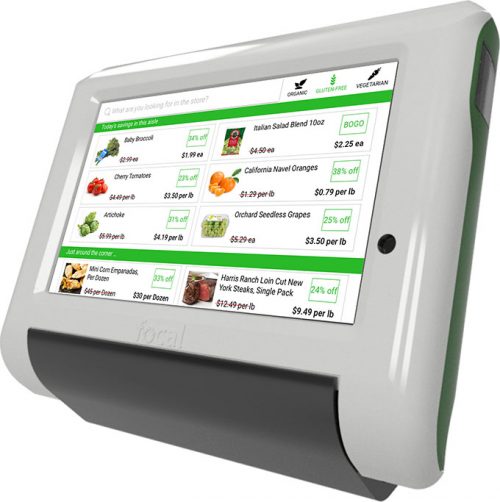 Deep Instinct earned the top prize for the “Most Disruptive” start-up, and while it’s not tackling health, it’s focused on something extremely important: malware. As I write this post, the UK’s National Health Service and many other organizations are finding themselves infected with severe ransomware called Wanna Decrypter. By this point, we’d expect that such threats could be detected and handled quickly and easily, but that’s not so. Through deep learning, Deep Instinct’s solution can detect unknown malware in real time, granting the opportunity to jump in before real damage is done.

The runner-up in this category is Smartvid.io, which has created an artificial intelligence inspector that can detect danger through the use of videos captured around construction sites (something a drone could help out with). 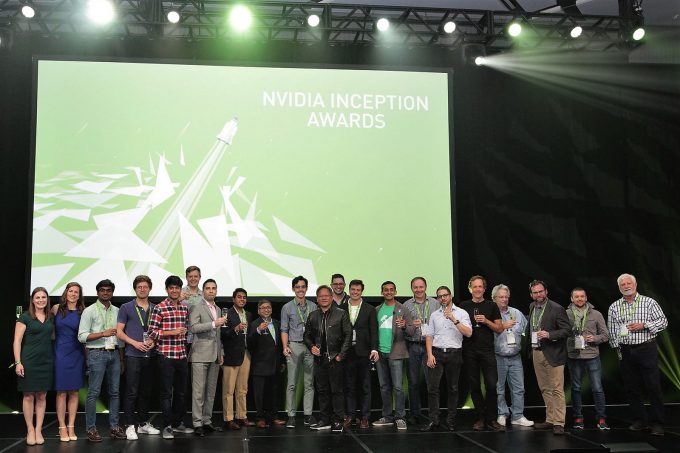 After the six winners were awarded, NVIDIA co-founder Jen-Hsun Huang took to the stage to give heap praise on the start-ups. Unexpectedly, he then asked fellow co-founder Chris A. Malachowsky to go up to the stage to give some thoughts. Malachowsky then explained that when NVIDIA was founded, it was standing on the shoulders of giants. Today, these six start-ups are doing the very same thing, except now, NVIDIA has become that giant. These six start-ups and the many others using deep learning and AI will impact our futures – there’s no question about that.