Last spring, we wrote about OTOY’s plans for reintroducing native hardware support in OctaneRender for macOS, something that implies support for AMD’s Radeon discrete GPUs, Intel’s integrated GPUs, as well as Apple’s Metal API. Currently, Octane users on Mac need to be glued to an older version of the operating system to retain the CUDA support that’s critical for Octane use. At least for now.

Migrating a codebase from one language to another is no simple affair, but with Apple taking a bite out of CUDA support on macOS, OTOY had little choice but to migrate to Metal. The end goal for any renderer developer after a migration is retaining a 1:1 spec of the feature set, and to attain that is complicated. We’ve seen proof of that from other renderers, like Arnold, which only just released a feature-complete GPU-supported version last month following many years of fan requests. 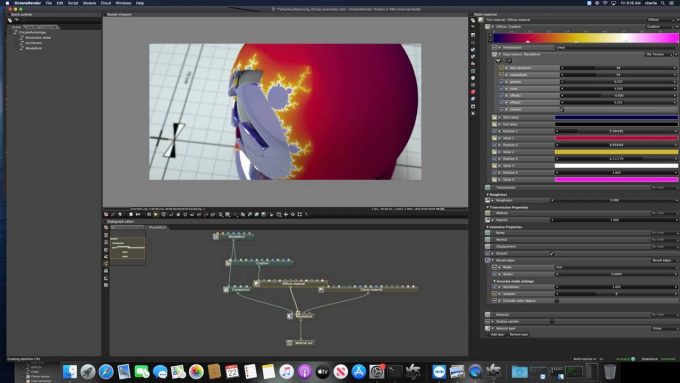 In the Octane Render group on Facebook, OTOY founder and CEO Jules Urbach gives an update on where things stand with Octane for Metal and macOS, officially called Octane X. An important snippet from his post:

Octane X for Metal is now nearly feature complete and able to load and render all production scenes from our test suite at pixel perfect parity with the latest Octane 2020 builds. This includes all OSL shaders, AI denoising, random walk SSS, net render, perfect linear multi-GPU scaling on the new Mac Pro and so much more.

All of this sounds great, and while it may be disappointing for some users that a beta for Octane X has yet to arrive, OTOY deserves a lot of credit for making such vast progress on a complex migration. Even AMD will be happy to see this progress, because its discrete GPUs exclusively power new Macs, so it benefits when customers are keeping to that premium platform.

As of last summer, OTOY had plans to leverage Vulkan to introduce AMD Radeon and Intel GPU support on Windows, so with Octane X making good progress, it could mean that Vulkan support will get more focus after Octane X launches. Even the iPad Pro is going to be fully supporting Octane, so it seems like once this API development deluge is complete, Octane users are going to have many different options for using their favorite renderer.