After many years of fan anticipation, Autodesk has today released a brand-new Arnold Renderer that takes its GPU component out of beta. While Arnold 6 is introducing many other features, Arnold GPU coming out of beta denotes one important thing: that Autodesk is confident that the GPU renderer is effectively 1:1 with the CPU renderer. Or, in other words: you should now feel confident testing the waters, or moving from CPU to GPU, depending on your available hardware.

We’ve looked at Arnold’s GPU renderer a couple of times, as early as the spring when it was released in beta, and more recently, in our dedicated Maya and Arnold performance article. With Arnold 6 out, we’ll of course be working to integrate the latest version in our test suite soon. 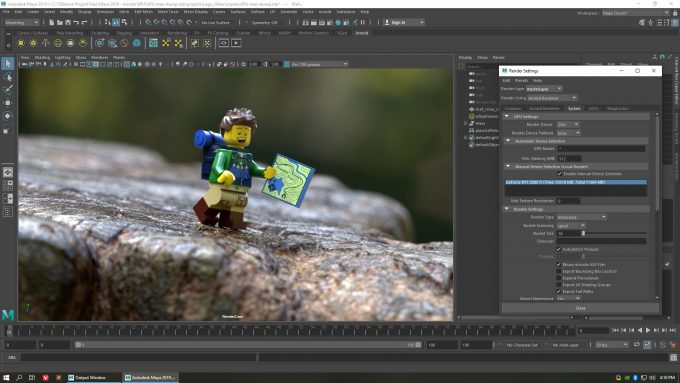 Something that’s interesting about this Arnold release is that two versions have released on the same day: 4.0.0, and 4.0.1. The latter seems like more of a hotfix that was developed ahead of launch, but is still considered a different version. So, if you want to read all of what’s new, you will need to refer to both the original 4.0.0 release notes (representing 6.0.0.0 core), and also the newer 4.0.1 release notes (representing 6.0.1.0 core). Here’s the bulk of what’s new:

The first bullet point there is important, because it notes that “the majority” of CPU features have been carried over to the GPU. Chances seem good that running into an issue at this point would be rare, but you can use the “Error” backup render mode to halt the process if it boils down to it. Alternatively, you could use the CPU as a backup renderer, just in case.

It’s also important to note that heterogeneous rendering is not yet available, meaning that the CPU and GPU cannot be used together in order to accelerate rendering times further. We’re not sure if Autodesk has specified future heterogeneous support, but it seems obvious that the company will be looking at it. After all, CUDA and OptiX certainly allow for it. 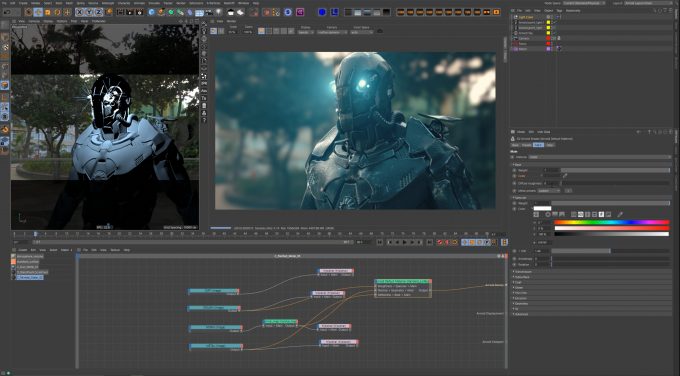 On that note, Arnold GPU requires CUDA, so it will not work on AMD’s GPUs. That’s unfortunate, but not unexpected, especially as Autodesk is not the only company that continues to keep glued to CUDA. Perhaps once AMD releases GPUs with features similar to NVIDIA’s Tensor and RT cores, renderer companies will start adding support.

It’d be a massive faux pas to not mention another major release that’s come alongside Arnold 6: Autodesk Maya 2020. We suspect 2020 will become available for download soon (update: it has), but you don’t need to be quick to update Maya if you only want to try the latest Arnold.

As the title here suggests, NVIDIA’s gotten involved with this release a little bit, as Arnold 6 introduces official support for its GPUs, as well as its RTX / OptiX technologies for accelerated rendering. We have not yet tested these new features, but plan to soon. You can get a taste for things with our recent look at RTX in Blender. NVIDIA is also going to be releasing a Studio driver today, although as of the time of writing, it is still hiding. Once available, you will be able to grab it here.