As has been well publicized up to this point, AMD’s going to be launching both its Ryzen 3000-series processors and updated AM4 platform next week. With it is going to come the first opportunity for enthusiasts to jump on the next-generation of PCIe devices utilizing the 4.0 bus. As we explored in January, PCIe 4.0 (and 5.0 down-the-road) offers so much bandwidth, consumers are going to feel bottlenecked mostly by their wallet.

Sometimes, a new protocol will get released with a new motherboard generation and not have availability of products to take advantage of it. PCIe 4.0’s launch is different, as a few different SSD vendors are planning to offer day-one support, with listings starting to appear all over the web.

AMD sent along Aorus’ 2TB Gen4 SSD with the Zen 2 reviewer’s kit, so we’ll be taking a look at its performance in due time. Currently, that is the only one of three models we know are coming that is not yet available for sale. At Amazon, both a Sabrent and a Corsair can be found, both for the same price of $249 for 1TB, and $449 for 2TB.

All of the SSDs available so far use the same Toshiba NAND, and offer performance of close to 5GB/s reads, and 4GB/s writes. In the case of the Aorus we have on hand, the write peaks at an impressive 4.4GB/s. For IOPS, we’re dealing with 750K read, and 700K write. Which should be more than suitable!

How PCIe 4.0 storage will impact you as a user will depend largely on how you use your computer. Current PCIe 3.0 NVMe storage is seriously fast to begin with, so the benefits from bumping up to 4.0 will be mostly seen in synthetic benchmarks, unless of course you plan to regularly move large amounts of data around your trove of 4.0 SSD storage. In order to notice differences when copying data, the source device will of course also need to be 4.0 spec. But even then, with so much bandwidth available, it’s nice to know you won’t be running into bandwidth roadblocks anytime soon (except for that pesky network and internet connection). 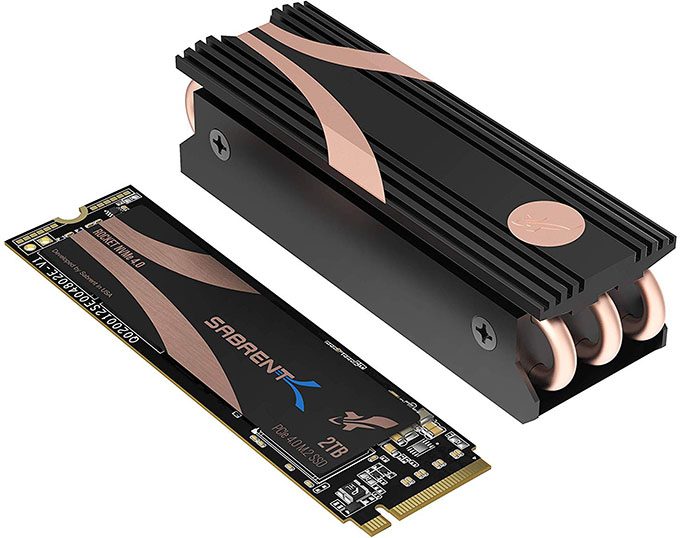 Having installed so much software with our internal scripts, we’ve noticed that moving to NVMe over SATA exhibits a notable difference in install times, but that’s the kind of benefit that’s really only appreciated if you’re actually sitting there and timing it. In the real-world, the increased capabilities will be a little harder to appreciate, but rest assured, you’re probably saving time and don’t even realize it.

And speaking of our software installs, we’re planning on benchmarking our Gen4 SSD in this way, comparing it to a 3.0 SSD that is hella fast on its own. That will come with other standard storage benchmarks, but since there’s so many CPUs and GPUs to get benchmarked, we’re not going to rush that particular testing.

The upside in all of this is, if you are planning on going with AMD’s Zen 2, you won’t have to wait for your Gen4 storage. You can even buy some now if you are so-inclined.