AMD has given us a heads-up that there are a few new Radeon HD 6000 series cards en route, one being an official reference release and the others being pre-overclocked versions of cards that have been on the market for a few months. In the weeks ahead, we should be seeing PowerColor, Sapphire and XFX all releasing pre-overclocked Radeon HD 6870s, with varying clocks.

PowerColor’s card, the PCS+ edition, will up the reference card’s 900MHz/1050MHz clock speeds (core/mem) to 940MHz/1100MHz, while XFX’s Black Edition mimics that but pushes the memory even further to 1150MHz. Sapphire, with its Toxic edition, might reign supreme here depending on your outlook, as it bumps the core clock to 975MHz, while matching the same memory clock speed of the PowerColor, at 1100MHz. 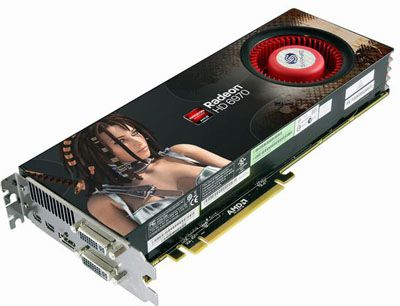 When AMD first released its HD 6900 series of cards, it mentioned that both models would in time see 1GB versions of themselves, and the first such card, HD 6950 1GB, will surface in the middle of next month. How much savings does that drop in memory net you? About $20, as the 1GB model is set to retail for around $279, compared to the 2GB’s $299.

In addition to these cards, AMD also mentioned that it’d soon be releasing a hotfix driver (11.1a) to the public that improves the performance of the HD 6800 and HD 6900 series in multiple titles, such as 3DMark Vantage, Call of Duty: Black Ops, Metro 2033 and more. This driver will also introduce user control over tessellation, which is quite interesting to say the least. Should a game not run too well with its default tessellation level, it could technically be limited via the driver, like other graphics options, such as anti-aliasing.