Qualcomm has been busy the past few months (or even year) with new Snapdragon releases, and it appears that nothing is about to slow the company down. Just a couple of months ago, the company introduced the Snapdragon 780G, another SoC targeted at delivering a high-end feature set, including 5G, at a more palatable price-point than phones built around the 8-series chips.

Today, during the company’s ongoing 5G Summit, the company announced a follow-up to that 780G, the slightly scaled-down 778G. “Scaled-down” might be poor wording, though, since this 778G is actually scaled up process-wise. The 778G is produced at 6nm, whereas the 780G is built on 5nm – both from Samsung. Some feature capabilities differ slightly between the 778G and 780G, with the former adding an “L” to some of the names (eg: Adreno 642L, despite capabilities for the GPU appearing identical). 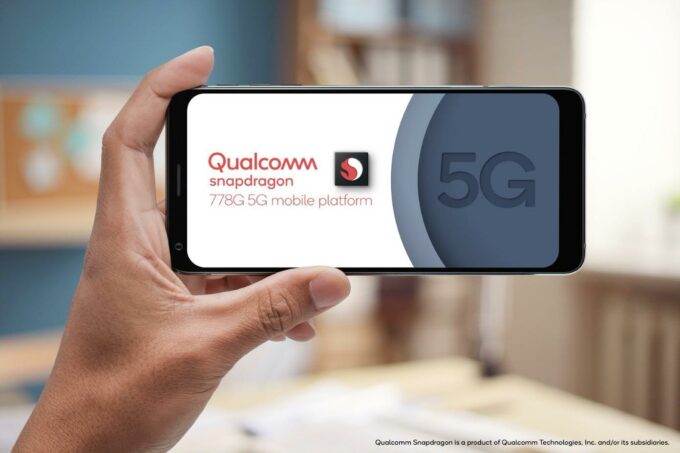 Like the 780G, the 778G’s AI performance peaks at 12 TOPS, which separates it quite a bit from the top dog Snapdragon, 888, which boasts performance of 26 TOPS. Ultimately, 778 is built on a different process and has slightly reduced capabilities that should help even more with making 7-series pricing alluring to more people. OPPO, Realme, Xiaomi, Honor, iQOO, and Motorola are all vowing support for the new SoC already, with Qualcomm expecting arrival to be sometime before the end of Q2.