Earlier this year, alongside the launch of its second-gen Snapdragon 7c SoC, Qualcomm announced that it would soon be releasing a Windows-focused development kit – and today, it’s here. Application developers who want to port their x86 applications to ARM but lack the hardware can jump on this development kit for $219 USD. That seems like a fair price already, but its value is bolstered further with the fact that it includes a license for Windows 10 Home.

While x86 emulation has existed on Qualcomm’s Snapdragon-based Windows platforms for some time, any applications run through the additional layer will perform slower than the same application compiled for ARM. We remember when Firefox first gained an ARM version, as we were pretty blown away by the performance differences (and stability improvements) we were seeing, so the more applications that get ported to ARM, the better. 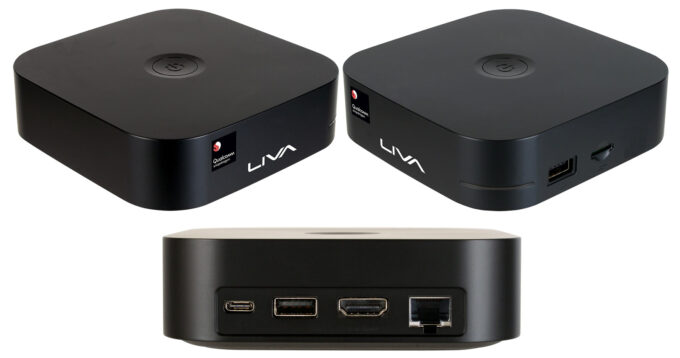 As you can see in the shot above, the first development kit, produced by ECS, is a simple-looking device, but offers enough functionality to allow application developers to conduct their porting business. Under-the-hood is the aforementioned second-gen Snapdragon 7c, along with 4GB of memory, and 64GB of storage. On the outside, you can find a microSD slot, dual USB-A ports (one for PD charging), one USB-C port, one HDMI output, and also a 10/100 Ethernet port.

While this device ships with Windows 10, a Windows 11 upgrade is officially supported, so if you wanted to focus your efforts on Microsoft’s latest OS, you simply need to run the upgrade tool.

Because this is a developer product, there are no refunds offered, so it’s a good thing that the asking price is modest. For what it’s worth, the device doesn’t actually look too bad, either, with clean curves and a stark black look. Development kits don’t need to be ugly – who knew?

If you’re a developer wanting to jump on this kit right away, you can check it out at Microsoft’s web store.