The Wait Is Almost Over: AMD Reveals Full Details About Radeon RX Vega 64 & 56

As I mentioned in the complementary Ryzen Threadripper post, AMD didn’t give us a whole lot of time to write too much depth about Radeon RX Vega, so for now, I’ll drop some high-level details.

First and foremost, the RX Vega 64 is AMD’s new flagship, and it’s going to go head-to-head against NVIDIA’s GeForce GTX 1080. We were told it will “trade blows” with that GPU, so it sounds like it really is at performance parity, which in turn means that the card will be excellent for 1080p, great for 1440p, and good for 4K (based on our in-depth GTX 1080 testing). 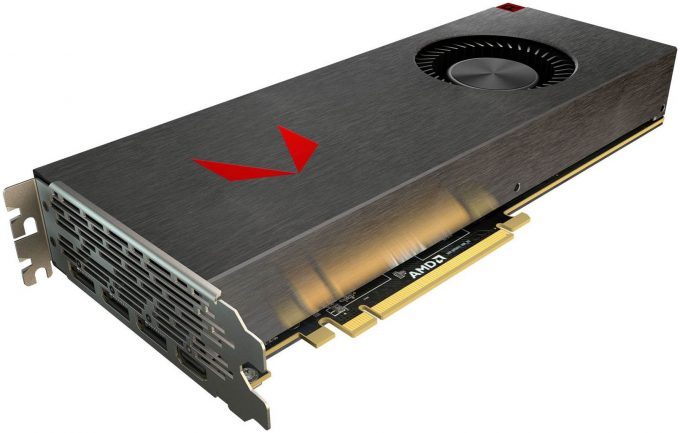 AMD is going to have a handful of SKUs available at launch, with the Vega 56 selling for $399, and the Vega 64, for $499. For $100 more for either, you can upgrade to a “Radeon Pack” which includes two games (Wolfenstein II: The New Colossus and Prey), as well as deals on a Ryzen motherboard, Ryzen CPU, and Samsung ultrawide monitor.

These packs are causing a lot of confusion at AMD’s events, and many are not sure how it will go down with fans, but for those who want to build a new rig around Vega, this is a great way to get some killer deals on hardware – killer deals that still help AMD out, because it will ensure Ryzen permeates throughout the market even more.

Going for the RX Vega 64 pack will net you the best-looking version of the card, one with brushed aluminum housing. If you want one of these cards, you’ll want to snatch a Radeon Pack up quick, as once those are gone, reference style coolers will waltz in to replace them. The price of the basic Vega cards are also in parity with the (typical) price of a GTX 1080, mining inflation excluded. 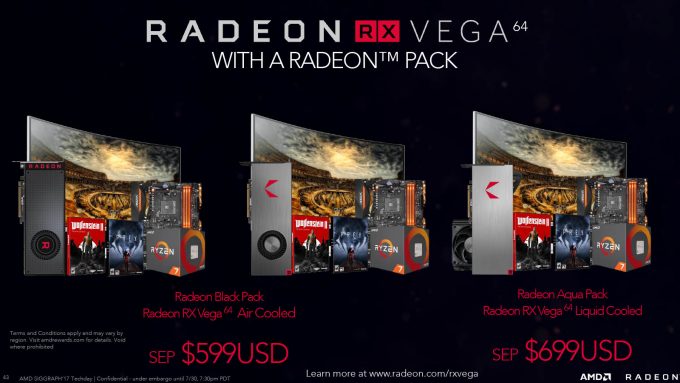 Here are the full specs:

A lot of this is self-explanatory, and since I am racing against time, I won’t fluff this up too much. I did want to call attention to the fact that AMD includes superb half-precision performance on these cards, which is something NVIDIA currently restricts to its deep learning and AI-focused portfolio, including models that are quite a bit more expensive than even Vega FE. I’m not sure how many end-users will take advantage of FP16, but few will complain about it being made available.

The air-cooled cards comes with the same vapor-chamber cooling solution as Vega FE, and what was available with Fury too. FreeSync support has been extended to cover a greater refresh range as well, as well as a decrease in latency. There is also a liquid-cooled Vega64, the LCE edition mentioned in the table above.

And with that, I will let the images speak for themselves. Both Threadripper and RX Vega are hugely interesting, and not to mention exciting. The fun part is yet to come, though: testing them. Stay tuned for our full reviews of both products.