Back in 2007, we posted our first NAS review on Techgage.  In it, we looked at the Thecus N2100, a two bay offering that was truly our first experience with that type of device.  While there have been quite a lot of NAS reviews to grace our front page since that time, you never really forget your first.

Speaking of Thecus, the Taiwan-based company has just announced two new offerings for its SMB and enterprise customers.  The N7710-G and N8810U-G both feature Intel Pentium G850 dual-core CPUs, ultra-fast 10GbE network cards,  and support for RAID 0, 1, 5, 6, 10, and JBOD.  With the N7710-G featuring 7 drive bays, it offers RAID 50, while the N8810U-G is an 8-bay, rack mountable NAS that allows RAID 60.  With VMware vSphere 5.5 certification and the ability to thin provision iSCSI LUNs, the two new NAS devices from Thecus have the SMB market square in their sights. 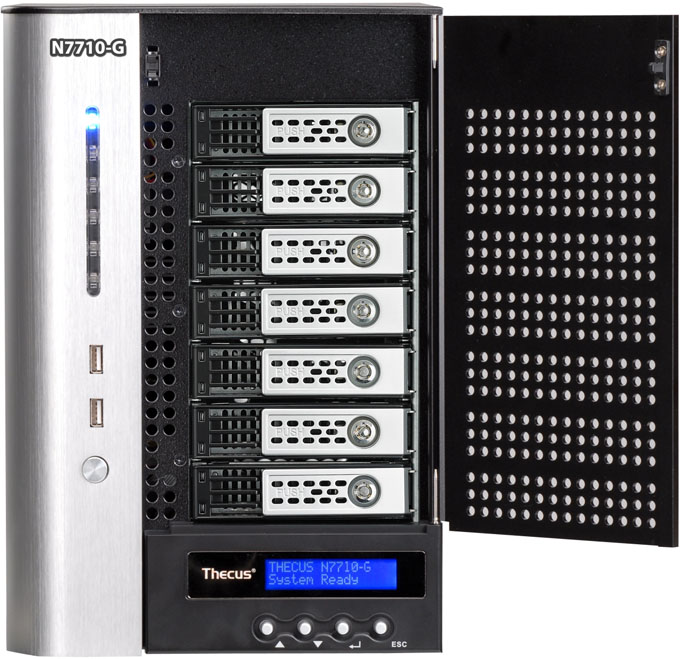 Adding to the offerings, Acronis True Image will be bundled with each NAS, offering the ability to backup and store data with ease.  Additionally, McAfee Antivirus, also bundled, verifies the integrity of all data passing through the NAS.  If that wasn’t enough, Thecus AES 256-bit RAID volume level encryption keeps your data secure, while the installed ECC RAM ensures that it’s stored corruption-free.