Valve Announces SteamOS: Based on Linux, Designed for the Livingroom

Valve teased us late last week that it’d be making three big announcements this week, and the first one… it’s quite the doozy: SteamOS. It’s just what you’d expect from the name alone: An operating system designed from the ground up with gaming and other entertainment in mind – and yup, it’s based on the “rock-solid architecture of Linux“.

Let’s get to the most important facts first: SteamOS is going to be 100% free to users and manufacturers alike. Want to buy a pre-built SteamOS PC? You can. Want to build your own PC and install SteamOS on it? You can. More information about the specifics here will be revealed over the next couple of days.

An OS that’s designed for nothing other than gaming wouldn’t see too much success, and Valve is hardly ignorant of the fact. As it’s designed for the livingroom, other focuses will involve TV, movies, music and the ability to stream content from other devices. SteamOS isn’t the only beneficiary here – the desktop client will also gain these features.

You might recall Valve’s “Family Sharing” announcement a couple of weeks ago – this ties into SteamOS perfectly. If one family member (or friend) owns a game you don’t, you’d be able to log into your shared account on the SteamOS-equipped PC and play the games just fine – as you would on any other PC. 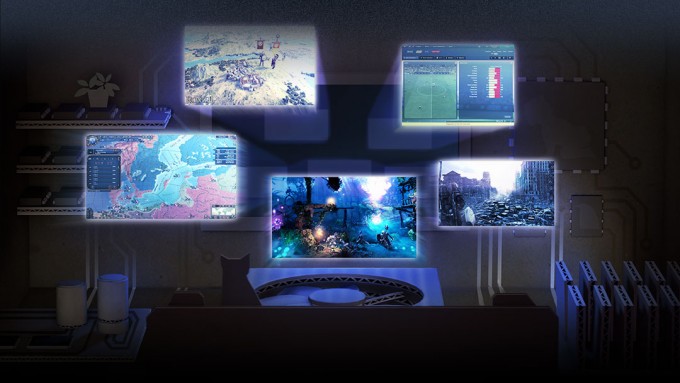 Interestingly, Valve touts being able to play “thousands of games”, so one must wonder if the company is getting ahead of itself a bit, or if it’s going to be teaming up with a cloud gaming provider to give access to games that are not designed for the Linux OS. Given there are more announcements en route, one of them could very well tie into this curious fact.

Another major – yet kind of subtle – perk of SteamOS is its openness: “Users can alter or replace any part of the software or hardware they want.“

Welp – Valve’s first of three announcements sure packs a punch. Let’s see what else it has in store.