Since the introduction of NVIDIA’s G-SYNC in late 2013, the benefits of improved frame syncing has become obvious – smooth gameplay without tearing is easy to like. Not too long after NVIDIA ushered G-SYNC in, AMD began pushing FreeSync, which itself graced many a monitor before long. Today, it’s not difficult to find a monitor that boasts either of those technologies, or those with “Adaptive-Sync” or “Variable Refresh” slapped on. But, unfortunately, there’s also a lot of room for confusion.

If you were to look at a list of every sort of G-SYNC/FreeSync/Adaptive Sync/Etc monitor out there, you’d see a wide range of specifications that would prove that not all of them are designed to deliver support for the widest range of refresh rates – some may be really generous, but others notably limited. For example, even if you have a high-refresh Adaptive Sync-compatible monitor, its minimum supported refresh rate could result in you seeing screen tears while gaming if your frame rate dips low enough. 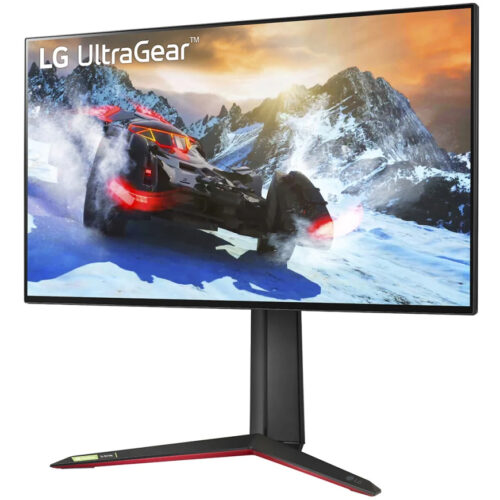 VESA, which last fall augmented its DisplayHDR certification range, has today announced new certification for Adaptive-Sync monitors, catering to both media and gaming alike. Ars Technica has a highly detailed write-up on all there is to know for those who may be interested in the nitty gritty.

At the forefront, VESA’s “MediaSync Display” will represent monitors that support a minimum Adaptive-Sync refresh rate of 48Hz – 60Hz – but with the obvious ability to go even wider. “AdaptiveSync Display” bolsters the minimum supported rate to 60Hz, while officially supporting up to 144Hz.

Admittedly, the fact that 60Hz is the minimum for gaming monitors may leave a bitter taste in some people’s mouths, as that effectively means you will always need to keep your gaming performance to at least 60 FPS to guarantee no tearing. Meanwhile, if you check out NVIDIA’s G-SYNC support list, you’ll see many gaming monitors that bottom out at 30, 48, 50, and even 1.

One thing to bear in mind is that VESA isn’t a single entity that decides what’s gospel – this release spec is the result of two-years’ worth of input from two dozen members, including AMD, Intel, and NVIDIA. Also worth noting is that if you expect this certification to carry any weight, you’ll need to be using DisplayPort. HDMI currently can’t receive the certification, though we’re sure that will change as higher-spec HDMI interfaces roll out.

Over 50 criteria are evaluated to decide whether or not a monitor is deserving of one of VESA’s new sync certifications, with judder, dropped frames, gray-to-gray response times, and much more, all taken into consideration. The Ars link above goes into more detail about each of these.

Ultimately, we’ll find out the true worth of VESA’s new sync certifications as soon as qualified reviewers get their hands on certified displays.