Voodoo Envy 133 is Expensive, but Gorgeous

Big notebooks are out and small notebooks are in. I personally didn’t realize how great smaller notebooks could be until I first took a look at a Hypersonic offering back in May, then proceeded by an ASUS offering which shared the same form-factor. I don’t recall a time when my opinion on things has ever shifted so fast. I am now such a fan of smaller notebooks, I almost scoff at anything larger!

With the smaller size, however, higher prices will be seen. Although the ASUS and Hypersonic I took a look at before hover around $1,500, “luxury” models exist that cost much more. Take Lenovo’s X300, for example, or the MacBook AIR, which retail for over $2,500. But then we have the Voodoo Envy 133, which easily becomes the best-looking ‘small’ notebook on the market, and comes in at 13.3″.

The prices are not that subtle either, with most of the best models sitting at over $3,000. The basic model which includes a 1.6GHz Intel SP7500 CPU and 80GB HDD retails for $2,099, which isn’t too bad, given the gorgeous design. The $3,399 model will bump up the processors speed, give you some software to deal with and also give you a 64GB SSD. Expensive, but wow, is it easy to look at. 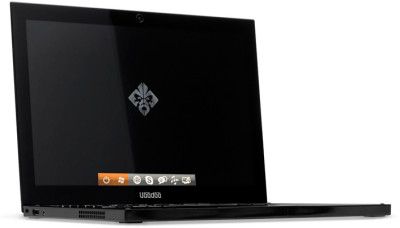 Developed by the HP Voodoo Business Unit, the Voodoo Envy 133 delivers critical features such as wireless(2) and Ethernet connectivity, USB and HDMI ports, and a 13.3-inch diagonal backlit LED display. All of the features are wrapped in a visually stunning package that consumers can customize via a full pallet of Voodoo Allure paint finishes.