In our final portion of DigitalLife coverage, we take a look at Gateway’s new 30-inch monitor that you do want to see, Toshiba’s latest X205 SLI-configured notebook, ooma’s “free” VoIP solution, Gyration’s latest media remote and even more photos from around the show floor.

In years past, Gateway’s products never really grabbed my attention. This year is certainly different. First, they launched a great-looking 24″ monitor that had picture-quality and a feature-set that surpassed the competition. Then they were aquired by Acer. Then they announced the Gateway One. However, as great as all of that is… the product that truly impressed me was their XHD3000 30″ Widescreen monitor.

The XHD3000 is a 30″ monitor that offers 2560×1600 resolution, usual fare. It offers support for 1600P video and every connector you will ever need: Single/Dual-Link DVI, VGA, Composite, Component, HDMI and even the classic S-Video. Unlike most other 30″ panels, this one offers a very bright 400 cd/m2 display, with a contrast ratio of 1000:1 and 6ms response time. Compared to the 30″ Dell HC monitor I’ve been using for the past two months, there is really no comparison when it comes to brightness and color vibrance.

The most impressive feature about the monitor though, is it’s upscaling capabilities. Equipped with a Silicon Optix Realta HQV video processor, any input run through the monitor can be upscaled to the screens native resolution. When I first passed by, an HD-DVD of Willy Wonka was playing and the quality was striking. I had first thought it was an actual TV until I looked closer.

To further show off upscaling abilities, a Gateway representative loaded up a copy of Bioshock, set the resolution to 1024×768 and loaded up a saved game. Now, clearly the ultra-low resolution is going to be noticeable when run full-screen, simply because things in the game will appear larger as is always the case. However, what was surprising was the fact that the game did not look that bad.. it was completely playable, despite the black bars on each side (due to differing aspect ratios). 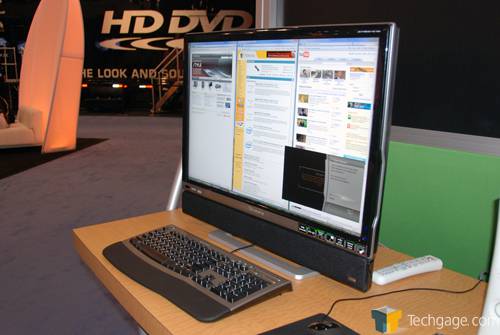 The test that sold me though, was when Bioshock was set to 1920×1200 resolution and then run. The reason I was most interested in this setting is because I run an older MMORPG game at that same resolution on the Dell 30″ HC monitor, because the game engine was developed before the 30″ resolution existed and so it’s not supported. When set to 1920×1200 and “upscaled”, it looks horrible. Colors are faded, fonts are somewhat blotchy. It’s simply not a desirable setting… one that you would certainly not deliberately choose to use.

I might sound a bit excited about this product, but it’s for good reason. I walked away from Gateway’s booth with plans to purchase one of these become available. This after seeing just a five-minute demo… it’s that good. We will certainly be following up on all of these thoughts once we get our hands on one to experiment with in greater detail. Without question, if we had such a thing, Gateway’s XHD3000 would get our product of the show award. You can pick one up sometime in October for around $1,699, which includes 8-channel speakers.

Earlier this week, information was released about Toshiba’s new SLI gaming notebooks, the X205-SLi1 and X205-SLi3. We were lucky enough to test out the laptops at the show and I can say that I contemplated grabbing one and running to see how far I could make it.

The obvious selling feature of the notebook is the fact that two GeForce 8600M GT’s are installed in SLI mode, so the gaming experience should be just that much better. I’m unsure at this point what performance numbers you should expect, but we will have a copy of the notebook in within the next few weeks and will be able to deliver those at that time.

One thing that constantly drives me nuts about “gaming notebooks” is the fact that most of them overheat so quickly, your game will lag. This is silly, as you are likely to bring such a notebook to a LAN party and having a laggy system is only going to get you killed over and over. I questioned Toshiba about their cooling solution and asked if the game would ever prove laggy due to overheating. They simply told me no, and proved it by showing me the X205 on display. 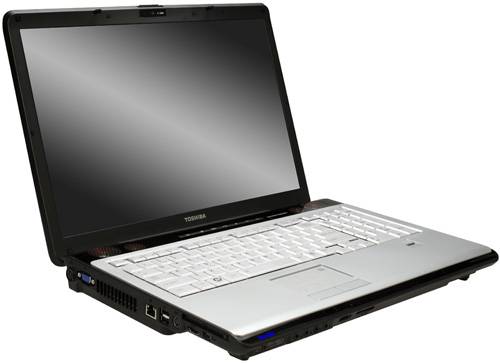 This particular model was playing Bioshock, and hadn’t left the game for the entire day. Despite the fact that it was on for many hours, the game still ran very smooth, with no noticeable lag. Sadly, I am not sure what resolution was being used, but at quick glance, it didn’t strike me as being ugly. Similar to Dell’s XPS notebooks, Toshibas are built larger and with sufficient fans for efficient cooling.

Gaming might not be the only thing you want to do on a notebook though, which is why Toshiba includes extra goodies for additional entertainment needs, including an HD-DVD player on both of the SLI models. On the SLi1, you will have a screen resolution of 1440×900 while the SLi3 offers 1680×1050. The SLi3 also offers a slightly faster processor, bigger hard-drives, warranting a $500 increase in price, settling in at $2,499. The SLi1 model will retail for $1,999.

Over the years, despite technological improvements in the telephone industry, we seem to be handing over more cash than ever to the phone companies. It’s with facts like these that companies like ooma exist, who offer a product that promises a VoIP phone service for free, after the price of the product itself.

How it works: You purchase the $399 box, run a cable from your router to the ooma and also plug in a telephone handset. Once done, you will be able to place completely free calls around the United States. At current time, no other Countries are supported although expansion is in the works. 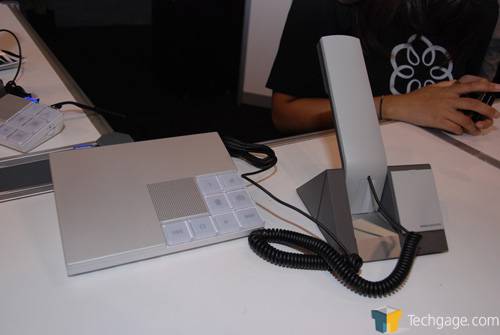 Monthly fees will not be completely wiped however, as you will need to keep your phone number through your regular phone company. Some phone companies allow you to keep the number for less than $5 a month, we were told. Having a phone number through your current provider is also good to use as a backup in case your internet goes down. If you are looking to save some cash on your phone bill, ooma might be worth a look.

Prior to DigitalLife, I’ve never heard of Gyration. I quickly found out that they offered quality products however, because many of the other manufacturers on the show floor who where showing off HTPC’s had been using Gyration’s products to demonstrate their own products.

One of the things that Gyration is known for are their motion-sensing capabilities. It seemed to me, that ever since the Nintendo Wii hit the market, everyone wants to implement the technology from within their own product. It was with that, that I found out Gyration actually have a part in the motion-sensing technology for the Wii, so they certainly know what they are doing. 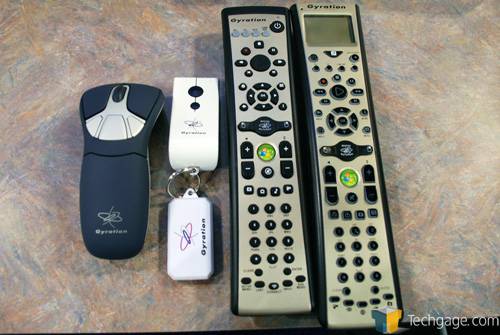 The idea is simple. Instead of using a mouse to control the cursor on-screen, you can wave the remote in the air to accomplish the same task. Gyration had two new products on display, the Travel Air-Mouse and also the Gyro Transport. The former is in an actual mouse design and can be used either as a mouse or as a pointer. It’s odd-shaped, but given it’s designed for each type of use, it’s understandable.

I found the GyroTransport to be the more interesting product though, as it’s small enough to fit on a keychain and can be used for a range of up to 100 feet. One interesting feature is the fact that the USB receiver is also a thumb drive, with densities ranging between 512MB – 2GB. Your preferred settings can be saved to the drive, if you plan to use the peripheral on multiple machines.

One common problem with digital devices is that we drop them. In the case of a few people I know, we can drop them a lot. ClipHanger produces a product called the… ClipHanger which attaches to a device, clips to your clothing or bag and hangs out. 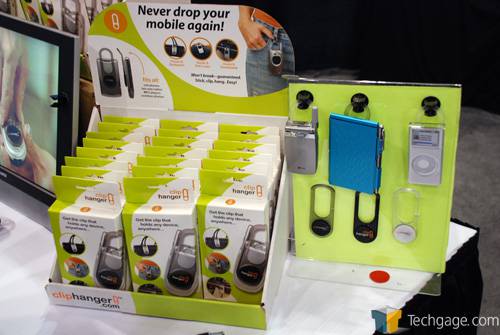 Sure, the idea is simple. Each ClipHanger is made of a durable polycarbonate and will not break easily. Simple tests showed that bending about 270° was just fine. There’s some “super sticky” substance on the back of each ClipHanger that affixes to your digital device, whether it be a cell-phone, PDA, media player or anything else that’s a modest size and has a flat surface on it’s back side. These sell for around $15.

With that, this concludes our coverage of this years DigitalLife in New York. To truly wrap things up, the next page is laced with random photos taken around the show floor! 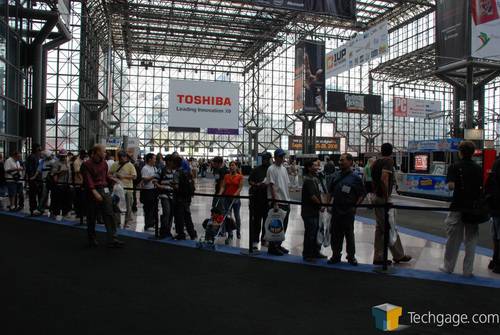 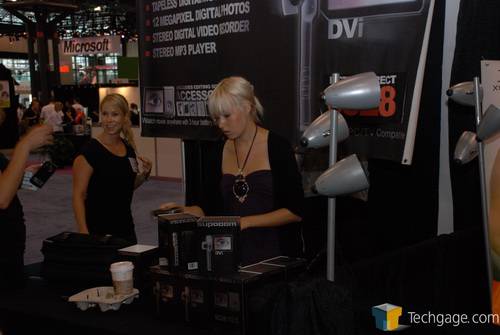 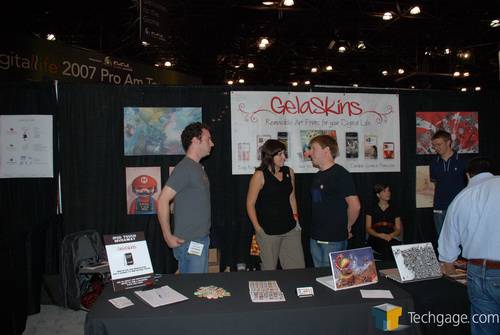 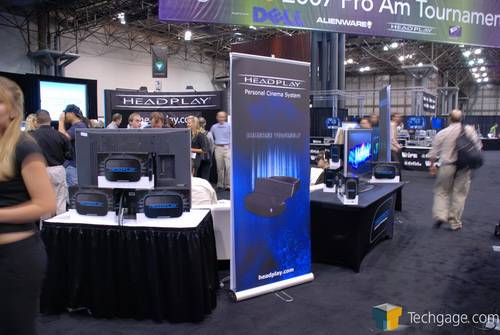 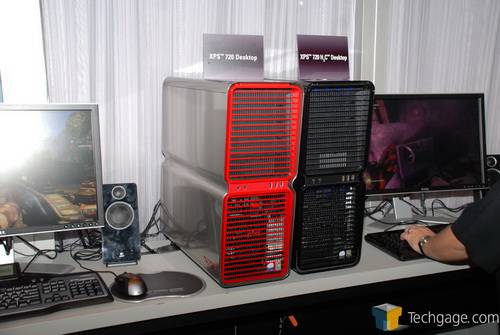 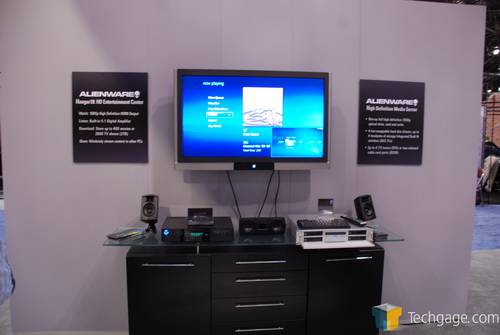 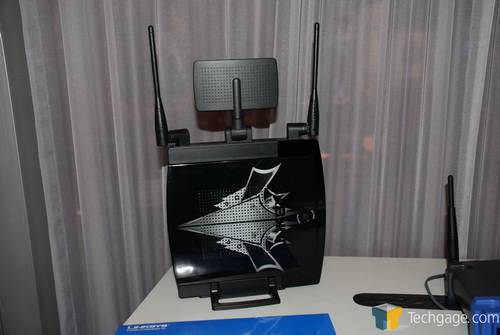 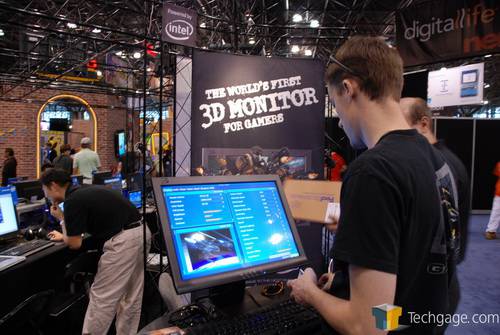 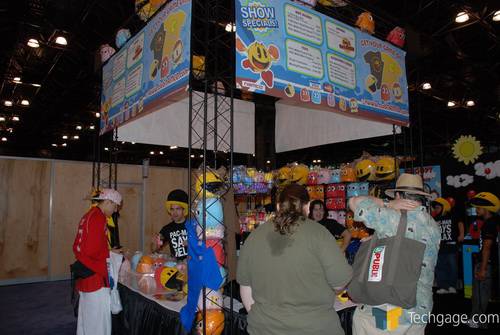 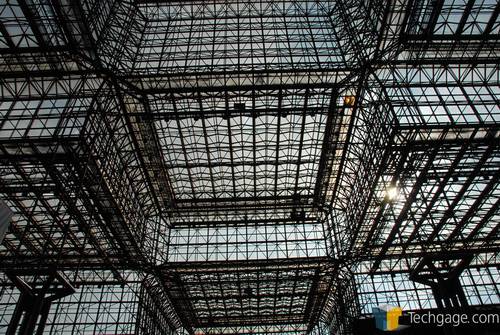 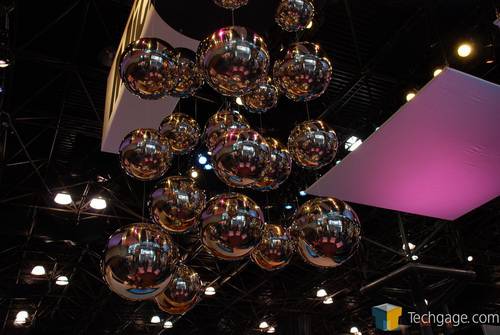 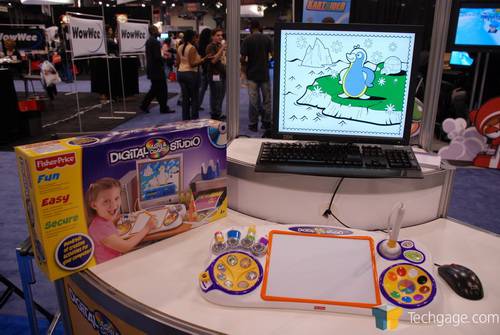 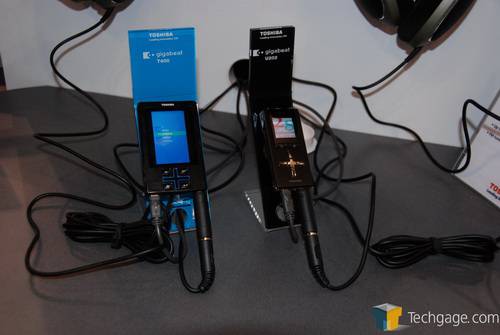 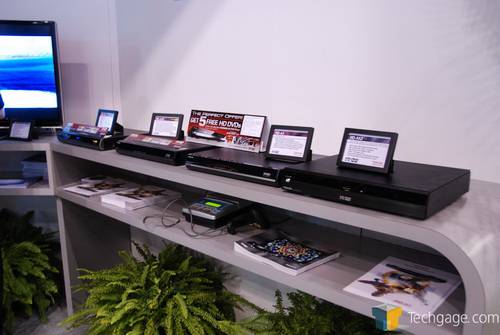 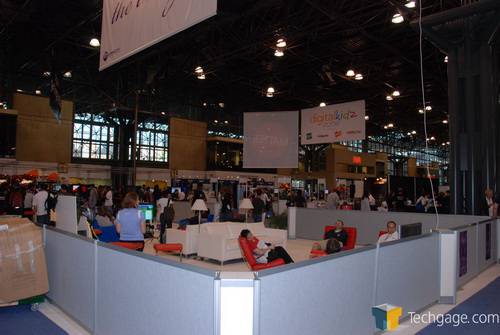 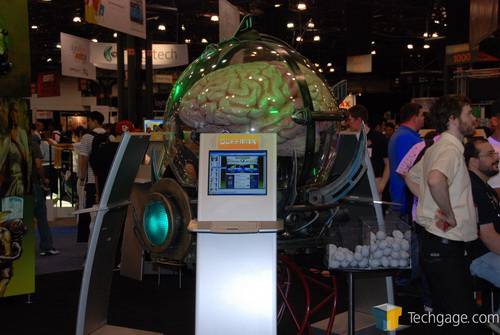 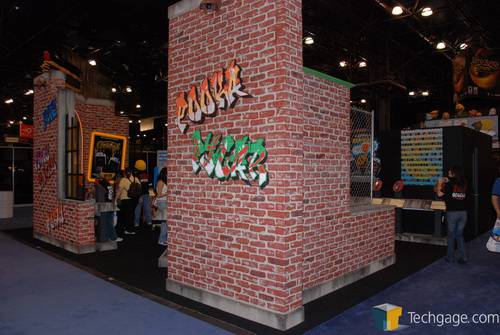 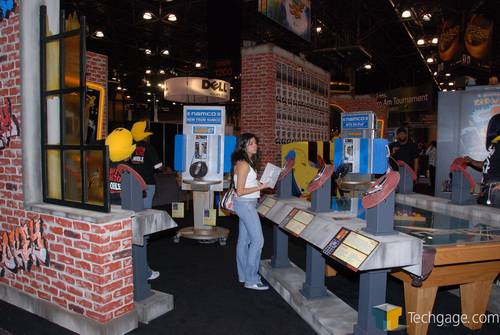 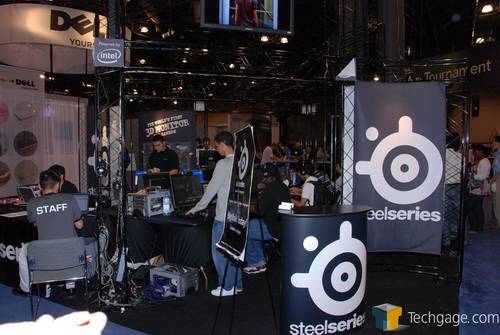