When the original Humble Bundle was released in early 2010, it was as if gamers’ prayers had finally been answered. Up to that point, Valve’s Steam platform was the best source for scoring great games on the cheap thanks to its regular sales, but here we had a new service that didn’t just aim to sell good games for cheap, but promote good ethics and the independent developer.

Since its inception, there have been a couple of specific qualities about Humble Bundle that have helped set itself apart from the pack. At the forefront has been itsÂ insistenceÂ on selling DRM-free content. After purchasing, you’re given a URL to download a no-nonsense installer. No phoning home. No complex serial codes. No need to send a sample of your DNA to the publisher. Much like GOG.com, the folks at Humble Bundle realize that serving DRM-free software to paying customers is a sign of respect.

Humble Bundle has also done well to promote cross-platform gaming. At the time of the first Bundle’s launch, Valve had just released its Steam client for Mac – which was effectively a punch to the gut of Linux users everywhere. With Humble Bundle, however, Linux users stood proud and consistently spent more than the average. They finally had a platform to prove that they want games for their OS of choice – and some have attributed this movement to Valve’s recent interest boost in the OS.

DRM-free and cross-platforming would seal the deal for a lot of people, but taking things one-step further, Humble Bundle allowed gamers to pay what they felt the games were worth, or at least what they could afford. This has bode well as we’ve regularly seen select Bundles reach $1m in revenue – and sometimes, much more. The current leader is Humble Bundle V, which featured games such as Bastion, Amnesia and Limbo. In all, that Bundle sold nearly 600,000 copies, resulting in sales of $5.10 million.

Oh – and let’s not forget the Humble Bundle’s focus on generating funds for charity. Charity, DRM-free content, cross-platform, a focus on indie developers and a pay-what-you-want pricing scheme – what could possibly make Humble Bundle better? That’s a hard one to answer. What could ruin a Humble Bundle? This one’s easier.

For the two-and-a-half years that Humble Bundle has existed, it’s become expected that the folks there would stick to the ethos laid out in the early days. Few would have expected that it’d become not-so-humble and jump into bed with major developer – much less go against most of the other rules that have been in place for so long. With the release of the “Humble THQ Bundle” last week, it became clear to both the folks at Humble Bundle itself, and the world over, just how seriously some people have appreciated the service because of its core values. 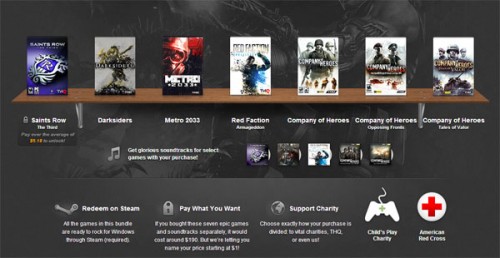 “I am so disappointed. This is not indie. It’s not multiplatform. It’s DRM.“

“By doing this the Humble Bundle has become just another “cheap deals” platform for games.“

“I have bought every bundle so far, based on the fact that it supported Linux, was DRM-free and it supported indie developers.“

“Why, Humble, why? Going back on your core values.“

Were the people behind Humble Bundle really that ignorant to not realize that this move would garner this sort of reaction? I’ll be honest – I didn’t expect it. While I appreciated the core values that the Humble Bundle stuck to, I saw other pluses with this bundle that helped level things out.

I don’t expect many people to agree with me, but I’d like to lay out the pros and cons that I’ve thought about over the past couple of days and see if this really is as bad as it’s been made out to be.

If you can remember as far back as the second, third and fourth paragraphs that helped kick off this article, simply inverse them. You’ll now be able to see why someÂ peopleÂ are so up in arms with the latest bundle. THQ’s Bundle isn’t DRM-free, isn’t cross-platform and certainly isn’t indie. The factors that have carried over include the donations to charity and the pay-what-you-want pricing scheme.

With this Bundle, a couple of major values that the folks behind it have stuck to all this time have been gone against. As has been made clear by many comment sections around the Web, including our own, people took the focus on indie and the DRM-free and cross-platform nature of the games (and other content) to heart. To some, this move felt like a back-stabbing. Many have been faithful all this time, supporting each and every Bundle – because it’s been a great way to stand up for what they believe in and it’s what they want to help promote. But many now feel that the people behind the Humble Bundle just can’t be trusted.

So what’s this all mean? Are those who have remained faithful to the service all this time suddenly going to stop supporting it? It’s hard to say. I have seen many people state it, however, as the main reason they’ve supported it up to this point has been to support its core values and the promotion of indie games.

A bigger question is whether or not the people behind Humble Bundle will truly care. At the forefront, they’re running a business, and to go against an idea that’s a sure-fire way to increase revenue isn’t something we see all too often. At the time of writing, THQ’s Bundle has been live for six days. In this time it’s sold more units than any other promotion (622,000), and its $3.5 million revenue isn’t too paltry either. It still has a ways to go to reach the $5.1 million record1 of Humble Bundle V, but there are still 7 days to go.Â

I can sympathize with those who put their money where their mouths are for these Bundles. Supporting a good cause and then being played for a fool is never a good thing, mentally or emotionally. In Humble Bundle’s defense, I don’t believe it ever stated with certainty that it’d only ever be adhering to those values I laid out in the first few paragraphs. In that way, this move may not be so surprising after all. This is business.

I will say, however, that there was another comment made to the Humble Bundle blog that I’m having a hard time disagreeing with.

“THQ is welcome to make its own Bundle for those purposes. This dilutes the Humble Bundle down to zero.“

Yes, believe it or not, there’s some good to glean from THQ’s Bundle.

First and foremost, let’s not forget that charities stand to benefit from these sales. The more successful a Bundle, the more much-needed cash gets sent to these charities. The American Red Cross has long been a supported charity, and the folks there are some of the first people on the scene when needed – especially in events like Hurricane Sandy. It’s pretty sweet to be able to donate to a charity like this and score some great games on the cheap.Â

What about the gamers who don’t have a lot of money to spend on games, either due to their location, personal situation or what-have-you? I know what it’s like to be broke and have no games to play – it sucks. It’s one reason why I can appreciate the Humble Bundle, because it allows anyone to get some excellent games for what they can afford. Can’t manage more than $5? That’s no problem as far as the folks at Humble Bundle are concerned.

A Bundle like this also keeps the game selection interesting. Across the 15 or so game-specific Bundles to date (excluding THQ’s), 15 titles have been offered twice, while 5 have been offered three times. It seems clear to me that the people at Humble Bundle realized that their selection was growing a little thin, and when they want to push out a new Bundle on a very regular basis, some creative thinking has to be employed. We have seen a Bundle for eBooks and music, but I’m talking games exclusively here. 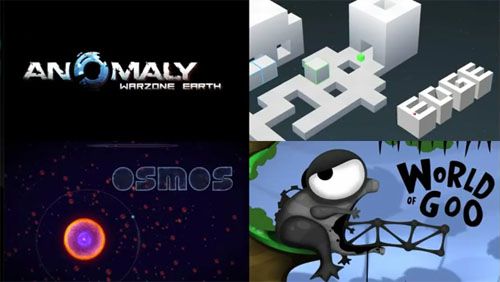 Select games that have appeared in more than one Bundle

One of the much-lauded benefits of the Humble Bundle is that it promotes indie games – but let’s be realistic. How many games hit these bundles that you have not heard of before? Thanks to a casual perusing of various gaming sites and the Steam homepage, it’s a rare day when even one of the listed games is new to me. This is a stark contrast to the Indie Royale bundle, where it’s rare that I’ve heard of a single one of them. Interestingly, despite Indie Royal sticking to many of the same core values as Humble Bundle, it never seems to get the same level of respect. It’s doing a better job in promoting indie titles as far as I’m concerned. It could be that for some, there’s such thing as “too” indie, but the fact that Indie Royale doesn’t push for cross-platform games like Humble Indie Bundles do could be the real problem.

If you really want to get down to it, a sale like THQ’s could prove vital for the company, which is currently dealing with a poor financial situation at the moment. While a couple of million isn’t likely to save it from potential closure, it’s something – and to me, THQ is a publisher we really don’t want to lose. Recently, it’s been responsible for the spectacularÂ Saints Row: The Third and Darksiders II. In the past, it’s developed and published many more.

Despite all of the backlash the company behind Humble Bundle has received this past week, it has made no follow-up statements, leading me to believe that nothing is going to change for the future. There’s no reason to apologize when it’s just business as usual, of course, but furtherÂ clarificationÂ on its goals couldn’t hurt.

The company’s promotion of DRM-free and cross-platform content and its focus on the indie developer sure isn’t going to change anytime soon. We may see oddball Bundles like this come and go, but I have no reason to believe that we’ll see a change of heart or a move away from what made the Bundles popular to begin with. Humble Bundle launched with these core elements for a reason – the people who created it want the same things we do. Sometimes, it’s just not possible to implement them into each and every promotion – like this one.Â

It may be time for some people to get off their high horses and take a promotion like this for what it is, while appreciating all that the Humble Bundle has done for the promotion of DRM-free content and the indie developer up to this point and for its promotion of these things going forward.

All that said, whether or not this mess will truly affect the Humble Bundle in the long-run, we’ll have to wait and see.