Manual Run-through: There’s no particular level in Crysis 3 that I could establish was “better” for benchmarking than another, but I settled on “Red Star Rising” based on the fact that I could perform a run-through with no chance of dying (a great thing in a challenging game like this one). The level starts us in a derelict building, where I traverse broken pipe to make it over to one rooftop and then another. I eventually hit the ground after taking advantage of a zipline, and make my way down to a river, where I scurry past a number of enemies to the end spot beneath a building. 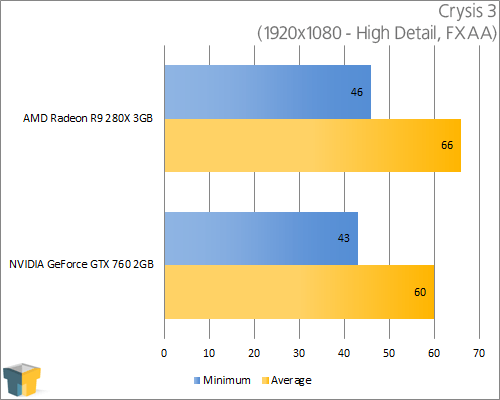 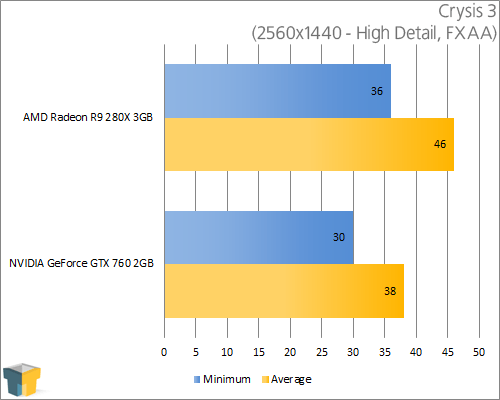 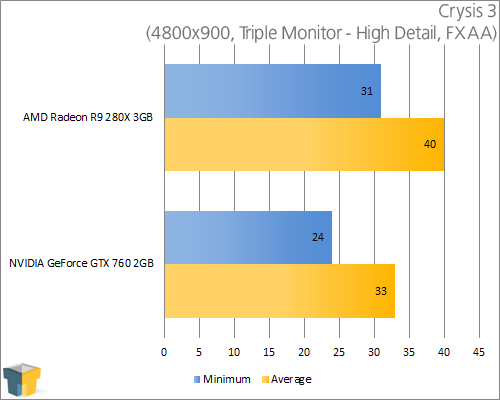 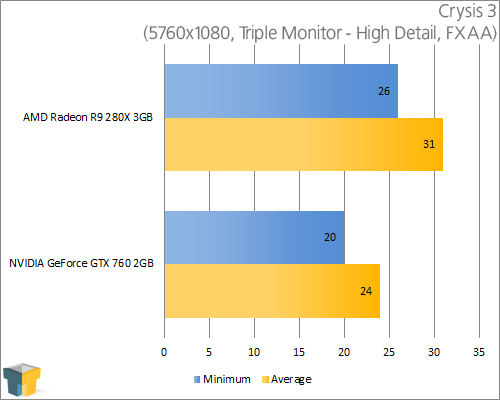 That all said, at 1080p, either of these cards handles the game great. For higher than 1080p, a beefier GPU is going to be required to enjoy the game at these detail settings. 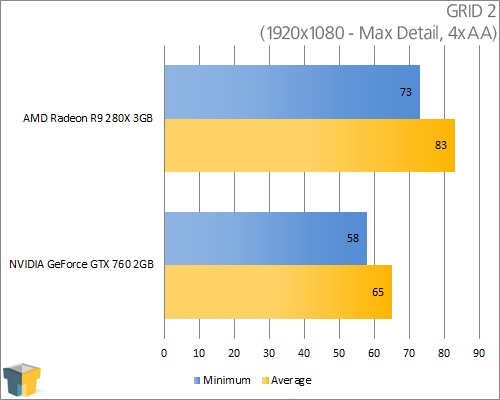 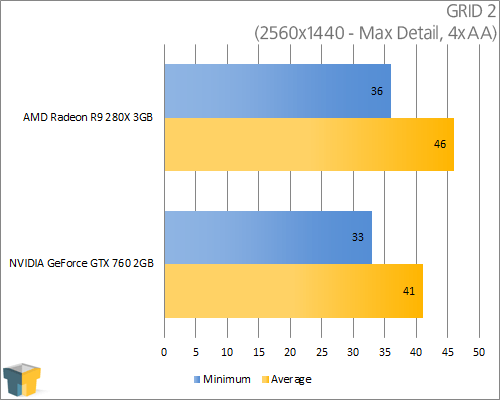 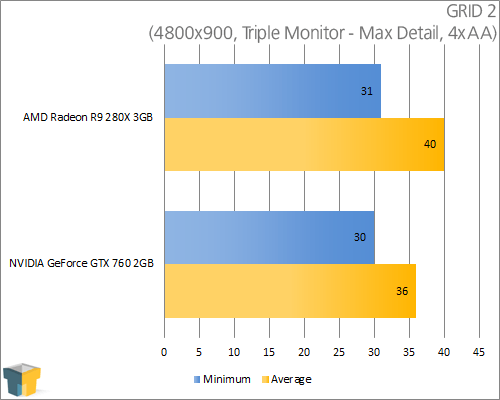 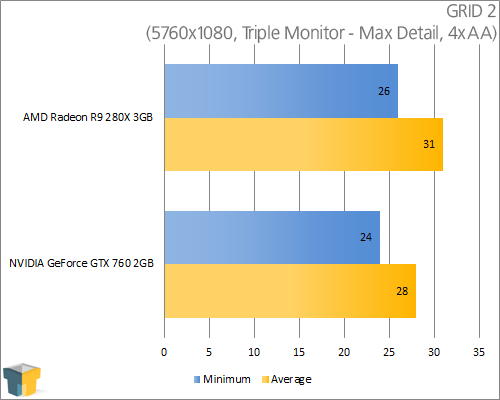 At 1080p, AMD’s card came quite a bit ahead; the results were much tighter with the rest of the resolutions, however. At 1440p, the performance is suitable enough, but not ideal. Higher than that, the AMD card handled 4800×900 decently enough, but again it wasn’t ideal. For 5760×1080, lower settings or a beefier GPU will be required.