Manual Run-through: Because this game is a real challenge to benchmark with for both the reasons of variability in the results and the raw challenge, I choose to use the built-in benchmark here. Unfortunately, this benchmark doesn’t match some of the more intensive parts of the game, especially with levels such as “The Chase”, so please bear that in mind. 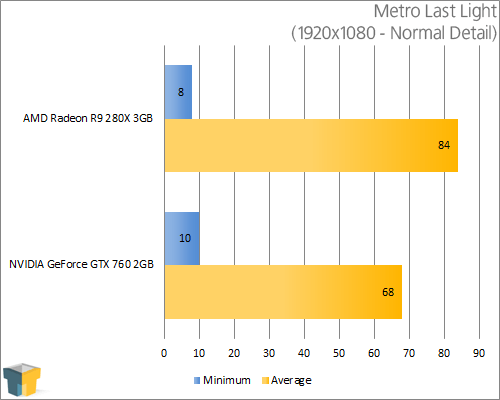 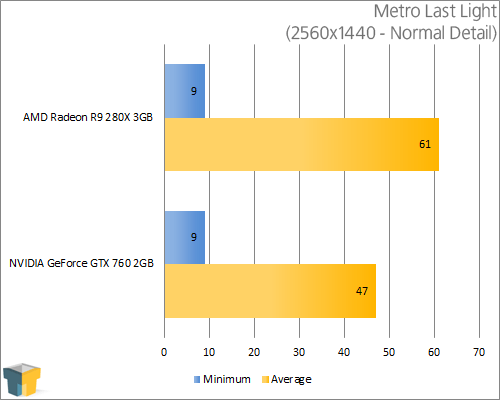 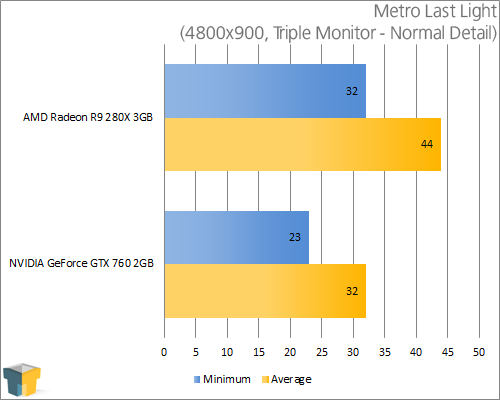 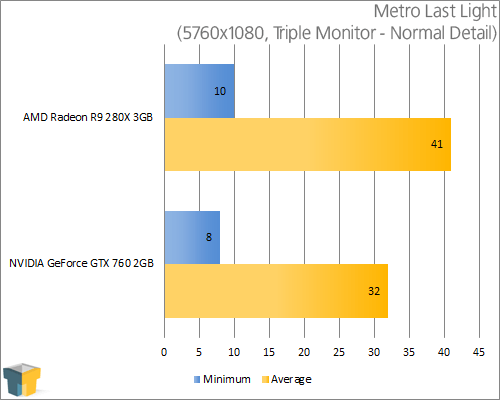 Continuing the now-established trend, both of our GPUs here handle the game at 1080p fine (at least in this benchmark; some parts of the game will see much lower FPS than what’s reported here), while both also pass rather well through 1440p. I am sure it will come as no surprise, but for some multi-monitor action, you’ll need even beefier cards to ensure optimal performance. Metro truly is a ruthless punisher when it comes to GPUs. 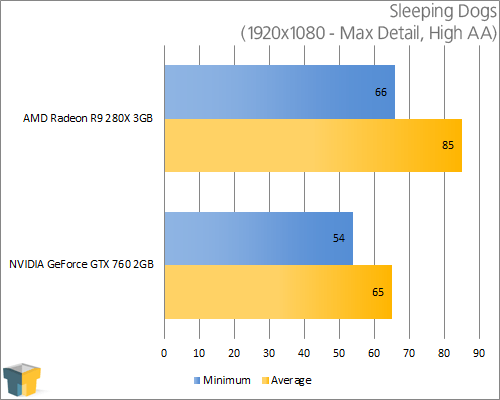 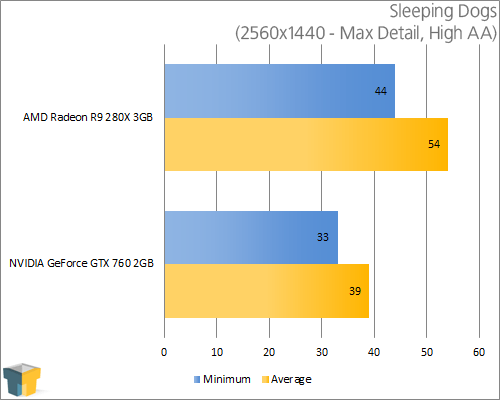 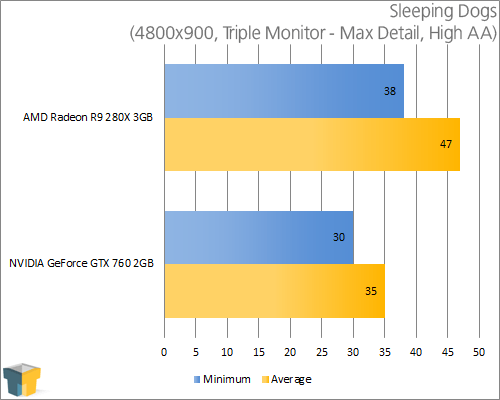 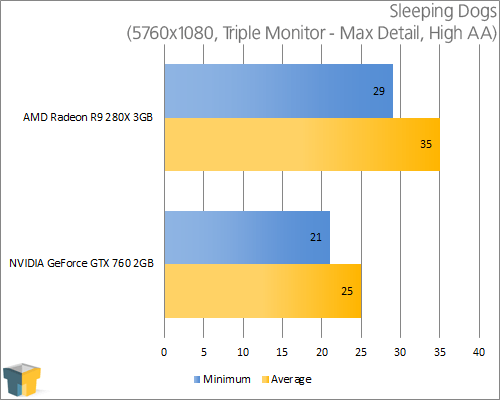 Yet again, you can get excellent performance in this game from either AMD’s or NVIDIA’s card at 1080p with maxed-out detail settings (save for the rather pointless maximum AA setting). Even 2560×1440 is suitable, though I admit this is one game where the closer you are to 60 FPS, the better the experience is. That said, for multi-monitor, lower settings will be necessary for improved performance, though you might be able to suffice with 4800×900 on the AMD card if you are not that fussy.