We covered a handful of major renderers on the previous page, but we’re not done yet. On this page, we’re going to take a look at a few more, including some industry mainstays and newbies. That includes Corona Renderer, LuxMark, POV-Ray, and Cinema 4D. 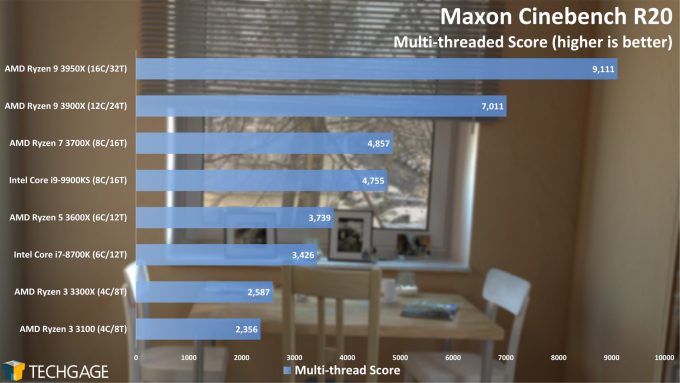 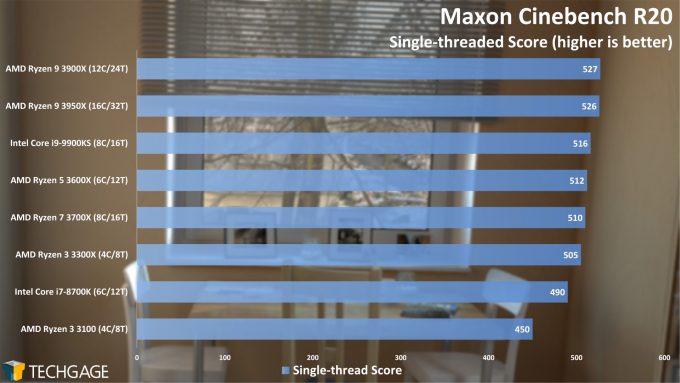 To start with a familiar test, we see pretty good performance out of the Ryzen 3 chips, especially in the single-thread, where the 3300X inches ahead of Intel’s aging Core i7-8700K (we’d imagine a 9700K or 10700K would catch right up). How does this carry over to real-world performance? 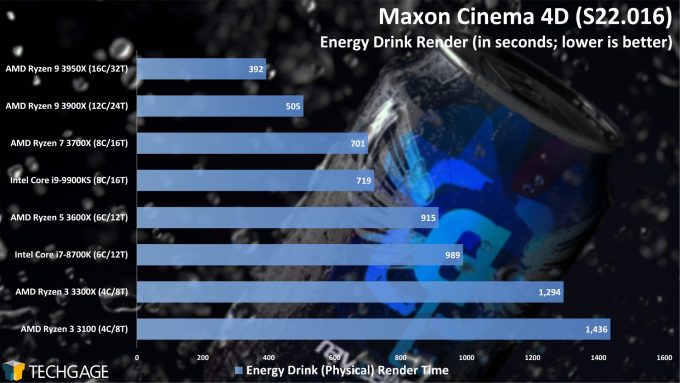 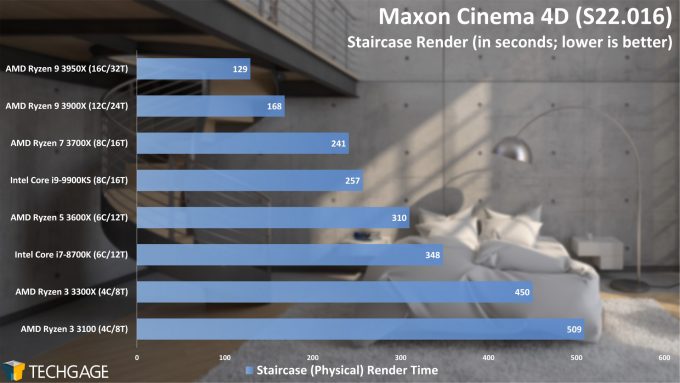 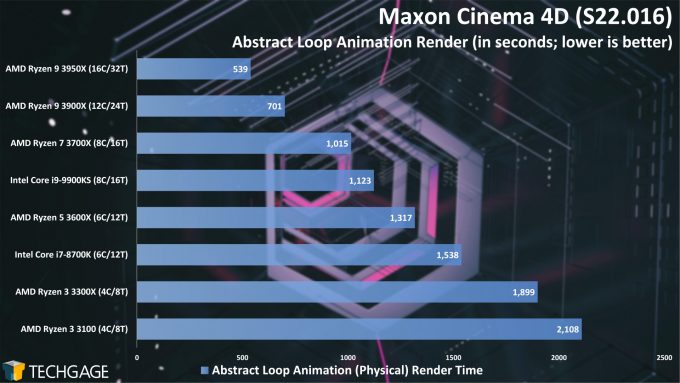 Yet again, it’s made really obvious that if you care at all about rendering performance, you’re going to need a beefy processor. Quad-cores in 2020 are just not ideal for this kind of work. That said, while that’s the case, it’s interesting to see the differences in performance between the 3100 and 3300X. It’s made obvious that the internal design of the former chip differs from the latter, making that extra $20 spent on the 3300X seem like a bargain. 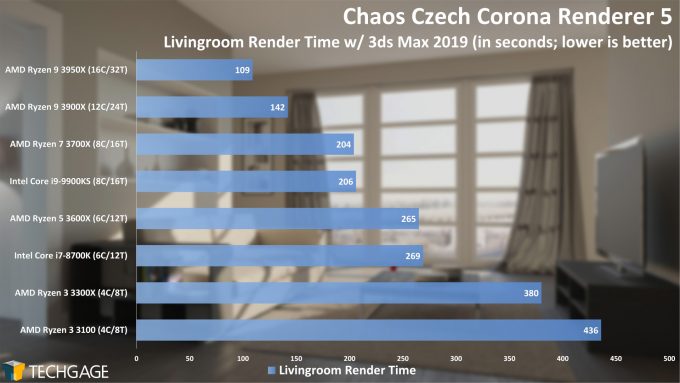 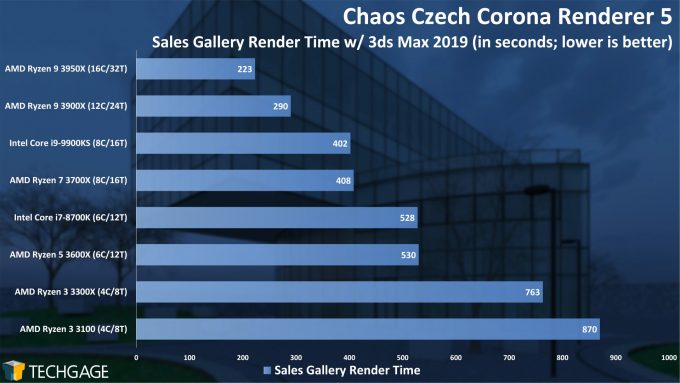 We’re continuing to see more of the same here, with the bottom Ryzen 3 chips sitting just where we’d expect them. It’s worth noting that while it’s not present, the 3400G would be even slower than the 3100, since it’s based on the Zen’s second release, not “Zen 2”, which is in effect the third Zen release (we get that it can be confusing). Those G chips are still fine for those who want integrated graphics, but for everyone else, these new Ryzens are a massive improvement that can’t be ignored. 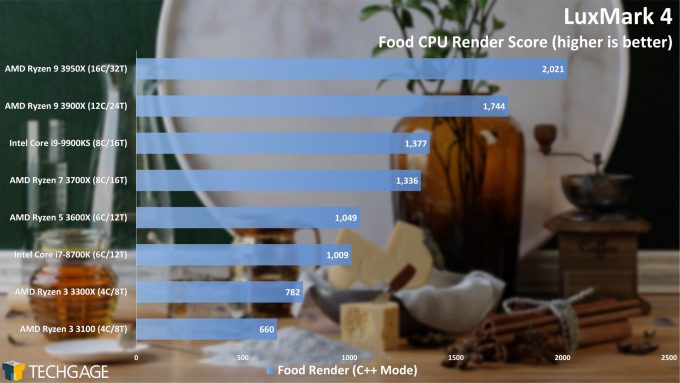 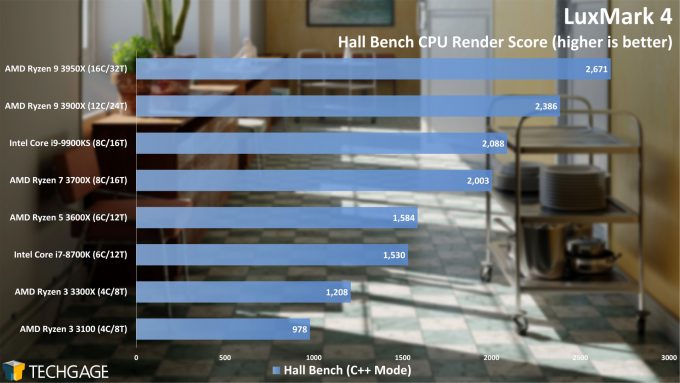 Overall, there are no surprises with LuxMark, but AMD’s bottom chips still hold their own given they’re lacking cores compared to the next steps up. 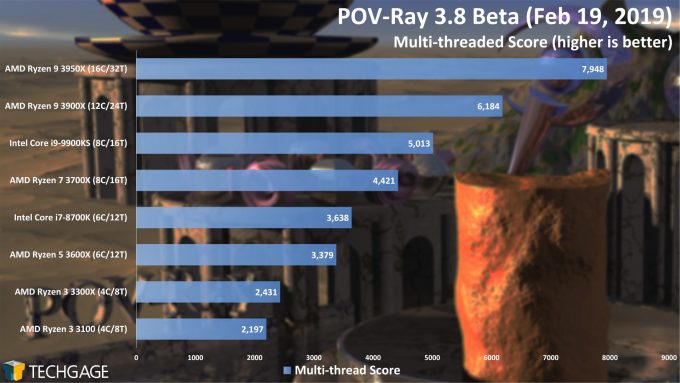 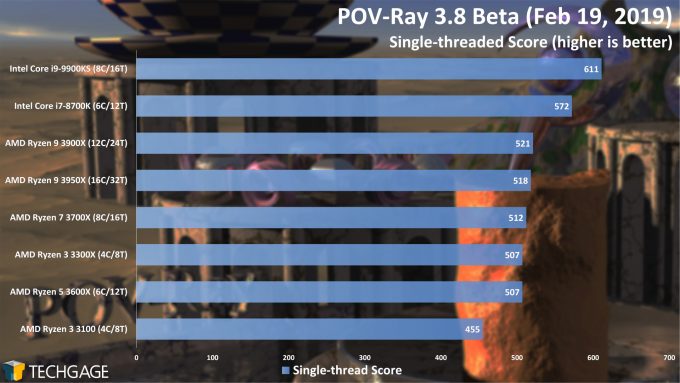 To wrap up our rendering with a classic, POV-Ray delivers similar scaling as we’ve seen in a number of our rendering tests, the single-thread performance of the 3300X being particularly strong, as it matches the 3600X. The lower clock of the 3100 makes it the only chip to fall under 500 points here.