For our testing with real games, we’re sticking to using 1080p and 4K resolutions. If we’re going to benchmark games, it makes sense to us to run them at realistic resolutions, because a gain seen at 720p or lower quite literally doesn’t matter if there’s no differences seen at the higher resolutions people actually play at. 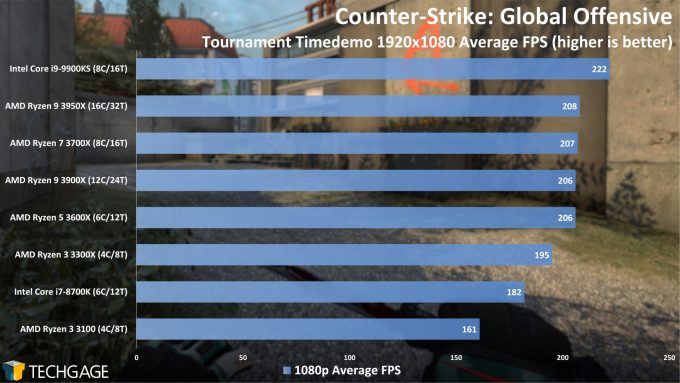 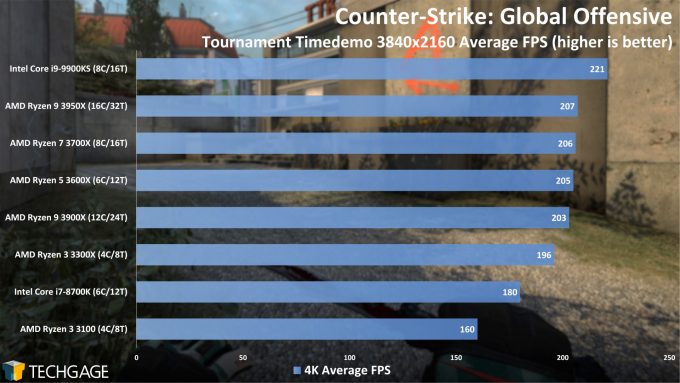 In lower-resolution games, Intel tends to win more often than not, but sometimes, that’s even true of 4K gaming, as is proven here by the 9900KS. On the Ryzen 3 front, we can really see the performance differences between the 3100 and 3300X due to their different internal designs. If you’re a gamer, you’d be doing yourself a disservice to go with the 3100 when a 3300X can be had for only twenty dollars more. 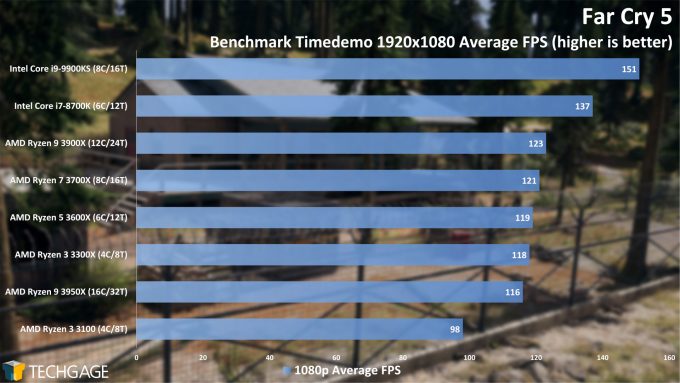 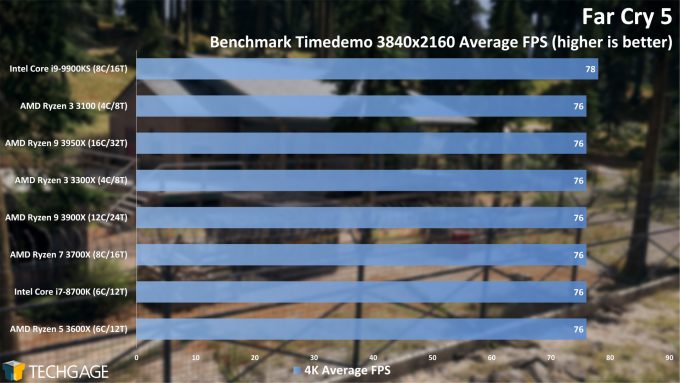 At 4K, Far Cry 5 really doesn’t seem to care about your CPU too much, although even still, Intel managed to eke a couple of more extra frames out of this game than the others. At 1080p, the 3100 yet again falls a fair bit behind the 3300X, while the 3300X manages to leap ahead of the 3950X, of all chips. 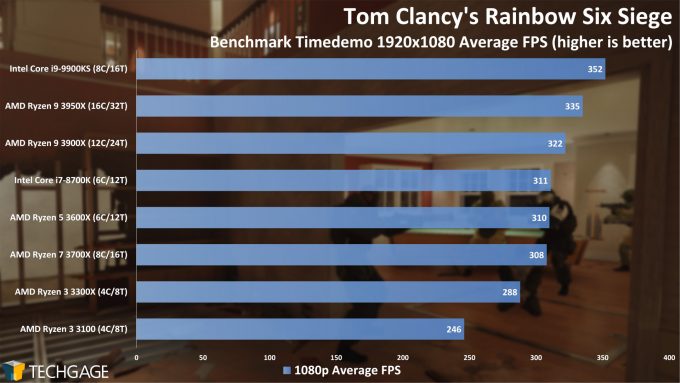 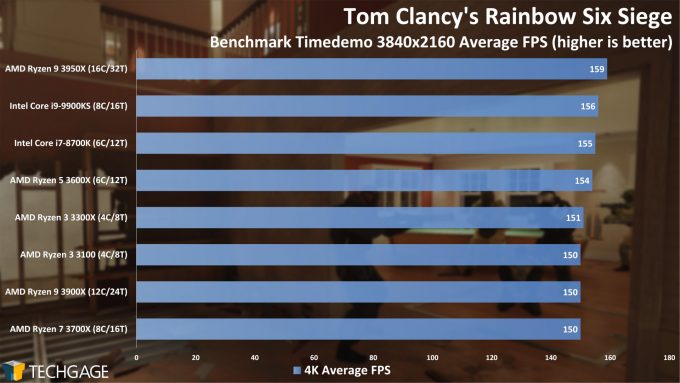 Siege is one of those games that runs at such a high FPS, that poorer gaming performance largely revolves around whether or not you want to play at hundreds of frames-per-second. In that regard, the 3100 might not seem so bad here, but given everything else we know about the chip, we’d have to assume that everyone would fare better for gaming with a 3300X.

All of that said, we’d never suggest that a quad-core is something you should target for gaming, but if you’re on a really strict budget, the 3300X delivers a real punch for its price. 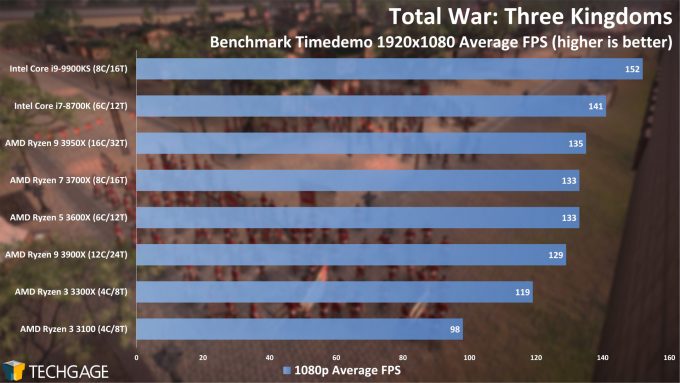 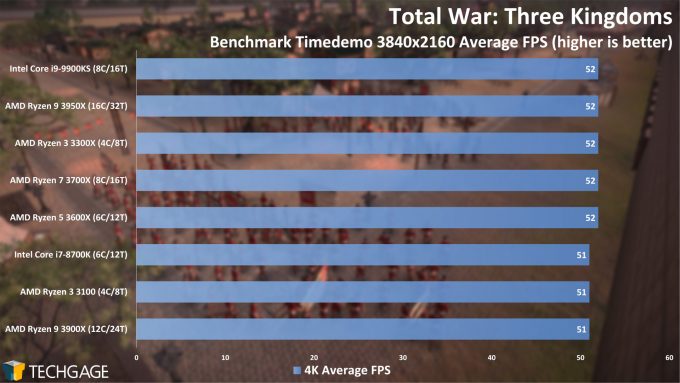 To wrap-up our real-world game testing, Three Kingdoms reinforces many of our other findings. The 3100 is without question not a great choice for gaming when the 3300X is available for a modest premium. The effects of course change at higher resolutions – which likely no 3100 owner would be targeting. In this case, low-resolution FPS really matters. 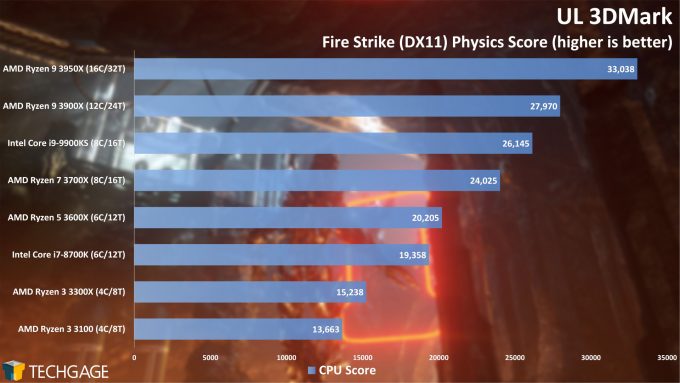 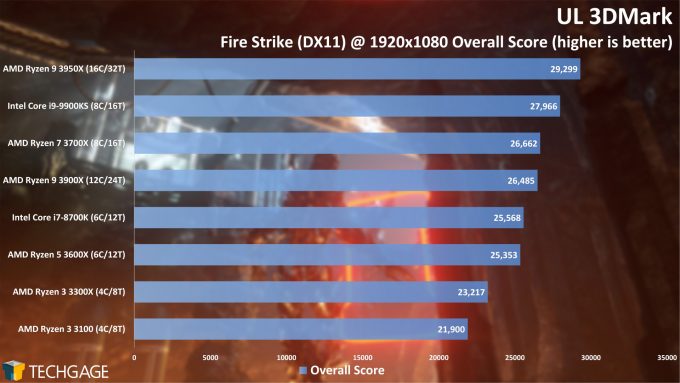 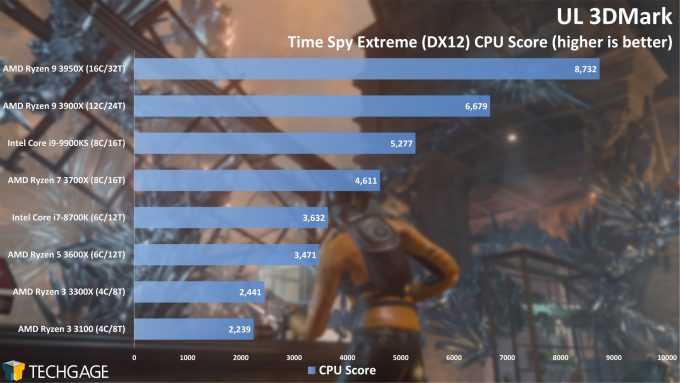 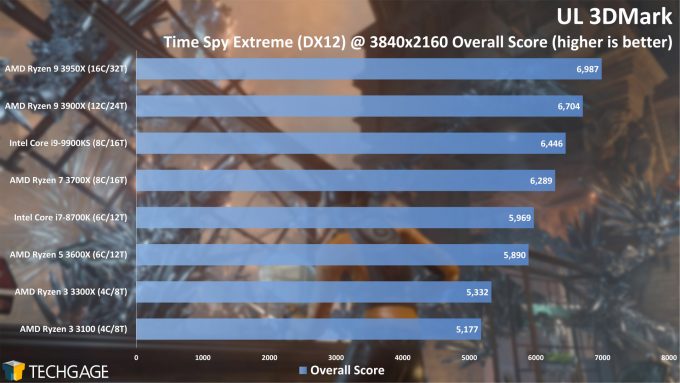 Overall, AMD’s Ryzen 3 chips perform admirably for their price-point, but once again, it’s obvious that if you want an ideal gaming experience, going the low-end route won’t be ideal. The upside, though, is that if you are really budget-constrained, you’re still going to be getting a really great processor compared to what was available months ago for these prices.