If you’re interested in Linux performance, you may want to take a look at our experiences with Zen 2 here.

Leading up to this point, the wait for Zen 2 seemed long, but in reality, we’ve been treated to quite a bit of CPU goodness over the past couple of years. Just over two years ago, AMD released its first Ryzen iteration, following it up with the second-gen in the spring. Alongside the desktop chips have been Threadripper and EPYC releases, as well – two more series that will see new models later this year.

Ryzen debuted with a 14nm design in 2017, and a year later, we saw the 12nm Ryzen second-gen. It’s pretty quick, then, that AMD has already made the move to 7nm, a spot that it’s going to occupy for some time. Going forward, the goal will be to optimize for the current node, and deliver future chips as 7nm+. 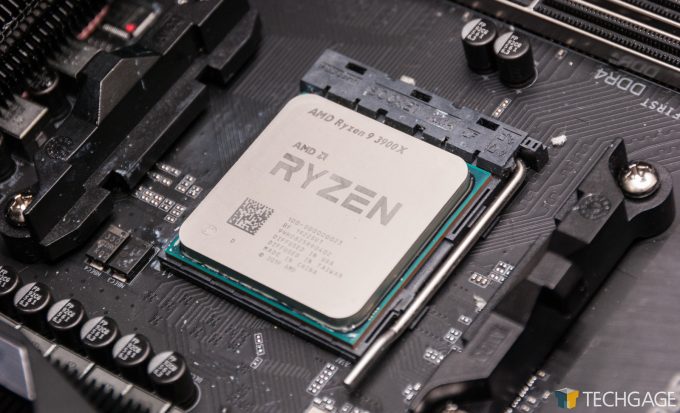 We’ve covered Zen 2 quite a bit this year so far, having learned lots about it during Computex and E3. The key takeaways are that these new chips enjoy a process shrink to 7nm, which comes in addition to a major architecture reworking. We’ve entered the chiplet generation for AMD, which sees a dedicated I/O chip sit in between the CCX core modules on the same package. It’s a design that could help rid out some annoying threading issues seen with AMD’s high-end Threadrippers.

Since we’ve been drowning in testing and generating content recently, we’re going to speed through this intro a bit in order to tackle the fifty performance charts we have to talk about. But, there are some important things to note before we proceed into those.

First and foremost, AMD is delivering a new chipset with Zen 2, with both it and the CPUs delivering PCIe 4.0 bandwidth. For those who want to take advantage of the fastest storage on the planet, it’s coming, and it’s going to use PCIe 4.0. We have a 2TB Aorus NVMe in the lab that is spec’d at 5GB/s read, and plan to test it out in the near-future, once we settle on a good testing methodology. 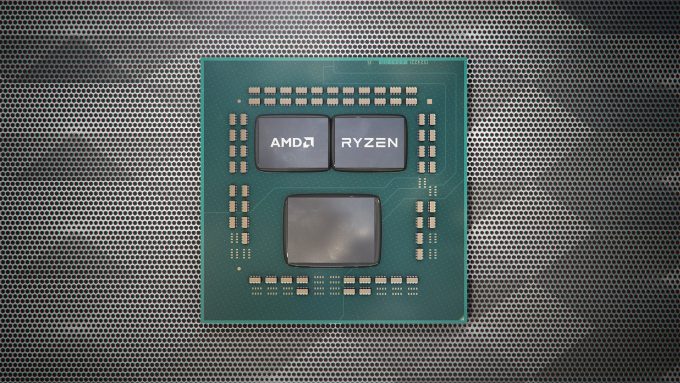 For one reason or another, the X570 chipset uses a lot of power, as evidenced by the fact that most motherboards using it are equipped with fans to keep temperatures under control. This design annoys us a bit, because an extra fan means that there is potential for something to go wrong down-the-road.

Because the chipset draws so much power, we’d recommend sticking to X470 if you’re not interested in PCIe 4.0 or certain CPU features. This is the first review in a while where we actually decided to not do power testing, since we’ve been skeptical of our ability to delivery truly accurate results (it’s hard when you just eye a Kill-A-Watt, and the GPU power APIs don’t always agree with real use.) Our friend Joel Hruska from ExtremeTech explored this X570 power use a lot more.

Because we recommended X470, Zen 2 of course supports backwards compatibility. AMD really had to jump through some hoops to continue that path, but it’s a choice that will be hugely appreciated by many – especially those who don’t need to take advantage of the beefier X570 option. The first CPU we installed into our X570 board was the last-gen 2700X, and after flashing the EFI with the FlashBack feature on the Aorus’ board, we were up and running very quickly.

And with all that, we’re overdue on delivering our results as is, so let’s quickly tackle methodologies and test systems, or get right into the results!