For years, the laptop market has been dominated by the likes of Dell, HP, Lenovo and others, but things are now changing. ASUS has a large selection of products from a variety of markets, but they are really starting to make an impact with their notebook selection. We posted an evaluation of their Lamborghini VX1 last November, which we were quite pleased with. As far as notebooks go, it was gorgeous. However, it’s expensive, which puts it out of reach for most people. It also offered a weak video card, so it wasn’t designed for gaming.

The model we are looking at today is the A8Js, which is designed for performance, gaming and affordability. Unlike Dell, ASUS only sells their laptops as is, without the possibility of customization prior to shipment. Because of this, it’s hard to run out and pick up one of their laptops and be content with everything included. There may have been a few tradeoffs you wish were not there. However, after using this model for over three weeks, I am confident to say that it should suit most anyone who is looking for a "do-all" notebook.

ASUS is often known as a company to sell products at a premium price. I attest this to the fact that they sell very high quality products. However, after perusing competitors websites, I found the A8Js to be quite a good value in comparison. Similar notebooks I found often cost more but had certain crucial components downgraded. I will touch on this a lot more in the conclusion. Before I drag out the intro too far, let’s jump right into things.

ASUS sent the notebook in a large box, but not the one you see in the photo. No, this box was inside a larger box alongside the included notebook bag that ASUS graciously gives you for free. Seeing as how the bag is a feature of the notebook, you should receive yours in a similar fashion. 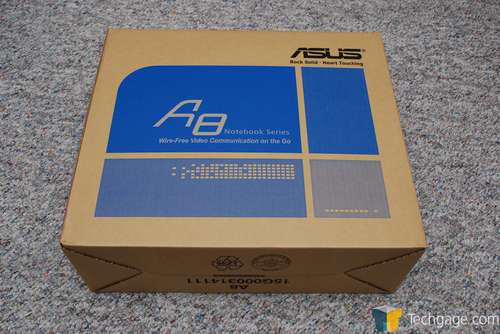 After opening this box, you’ll find yet another smaller one that features the software, mouse and other extras. 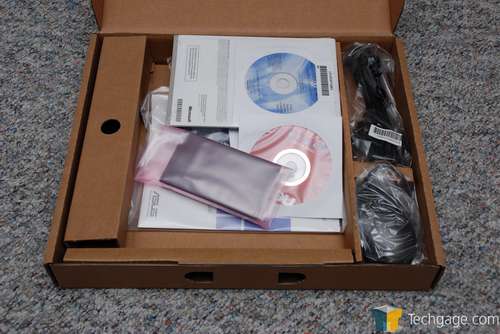 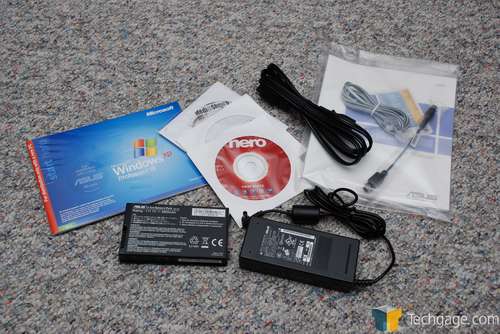 I admit it. I am not a fan of the color of the A8Js. Gray doesn’t normally portray a "happy" or modern looking product. If it had a glossy finish, it may be a little different, but it’s matte. It might be right up your alley, but it wasn’t up mine. 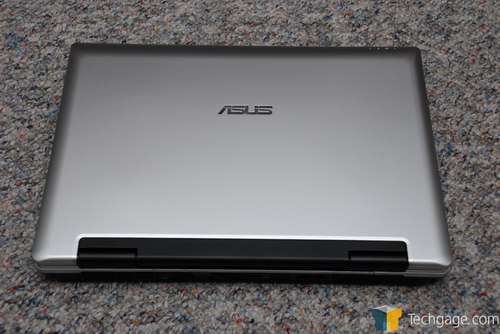 Here’s a view from the other side so you can see what it would look like closed and in front of you. 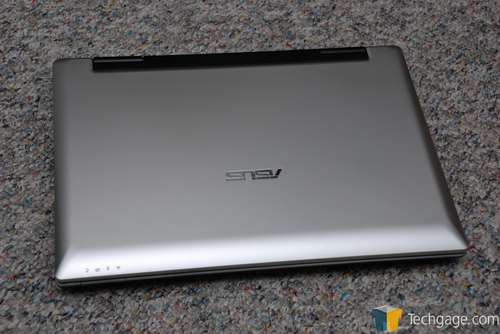 The only thing on the hood is a small chrome ASUS logo. 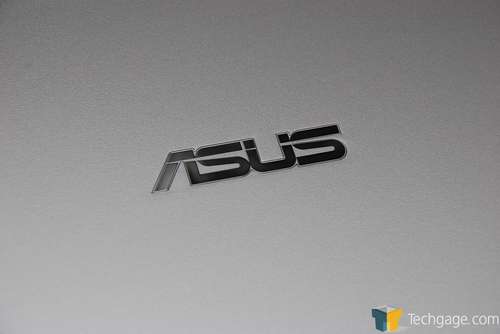 To help protect the notebook during shipping and storage, there is a thin plastic film over the screen which can be removed easily, as is the cloth-like material on the keyboard. 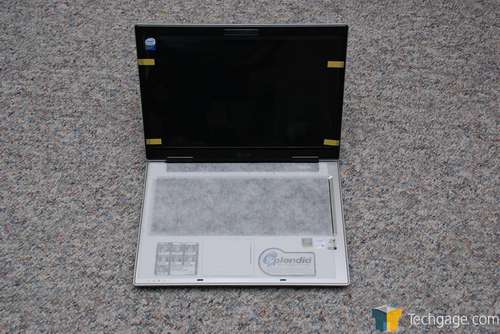 Now that we are warmed up, let’s take a look at the A8Js piece by piece.