The battery was a cinch to install and is kept securely in place by a small push button. To remove, you just push the button and lift up on one side. Once done, I plugged the AC adapter in and turned the notebook on. On the first boot, I was surprised to receive an error. 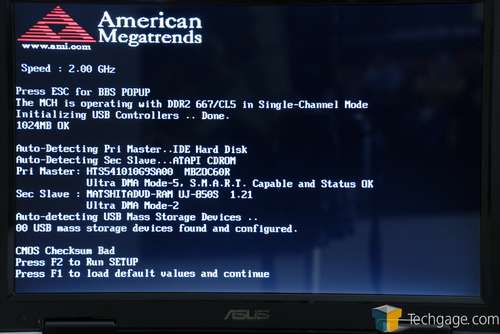 Normally, a "CMOS Checksum Bad" error is the result of a bad overclock that caused the settings to be wiped out. In this case, I have no explanation what would cause it. The thought crossed my mind that this was deliberate to force people to go into the BIOS to set up things correctly, but that doesn’t make much sense. Either way, I went into the BIOS to look around and then exited. After that point, things went well.

After Windows loads, you have the initial setup screen where you must type in your name, set the timezone… the usual. Once done, you will be at the Windows desktop. At first, it’s a little laggy because it’s still initializing certain apps, including the WiFi. The first thing you will see is a Synaptics touchpad configuration window, which you may want to pay attention to if you want to configure it to your liking. There is also a prompt asking you to reboot your machine, to complete the initial setup. 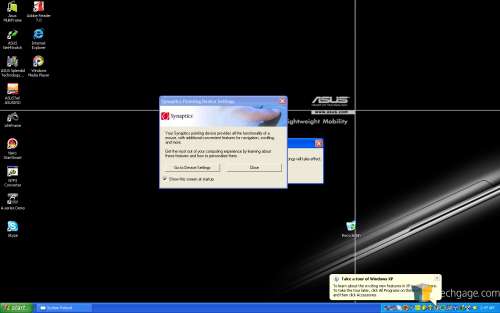 For an idea of everything that ASUS pre-installs on the A8Js, you can view the Add/Remove menu below, ripped straight after the initial boot. 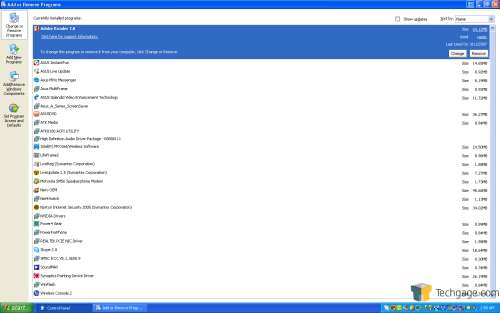 If you have a wireless network, the Intel Wireless configuration utility will nag you to death until you give it attention. Within half a minute, I was connected to my network and ready to use the internet. 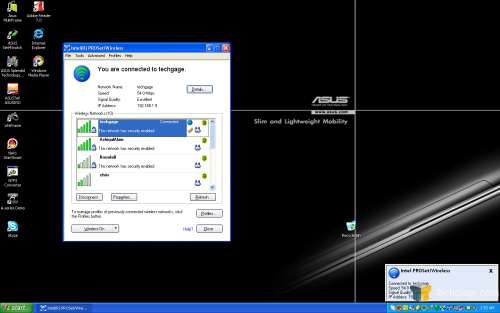 The installation is a fresh SP2 install, but there are still numerous Windows updates to pay attention to. 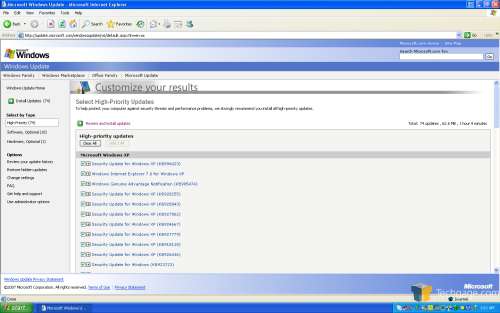 The first thing I wanted to do was un-install some applications that would get in the way of benchmarking, such as Skype and the anti-virus. Once those were removed, the processes menu shows 39 processes. It was closer to 50 prior to the removal of the other menial applications. 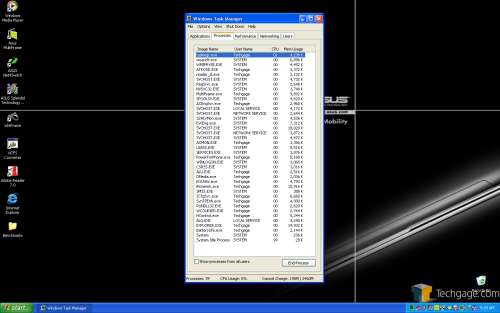 Setting up was a breeze. It required some user intervention to set it up properly, but it took no more than 10 minutes.