Being that this is a display set out to please gamers exclusively, I made no effort to do anything else but load up a few games and see how they looked. Throughout the time spent with the PG221, I played a variety of games on both the PC (using DVI) and the Playstation 3 (using component) and overall have been left quite impressed.

One important fact to note is that this is not a display that will always choose the perfect color mode for you. Although a “Gaming Mode” preset is there, I found it increased the contrast and colors too much to be that enjoyable. Most notably, I found green grass and brown dirt to be far brighter than I would have liked. It just didn’t seem to be that natural.

Luckily, however, the monitor includes all the tweaking ability you need to improve image quality. You can choose any preset you like and go from there, or stick to the Standard Mode and increase or decrease the brightness/contrast. To make things easier, you can alter any mode you like and it will stay where you set it. So for example, if you choose the Gaming Mode and alter it to your liking, it will stay that way unless you reset that specific preset to it’s default settings. This is helpful as you will not need to tweak a setting every time you want to go from your desktop and into a game.

The key here is tweaking. One example I have is that at Standard Mode, I didn’t find the desktop environment to be that impressive. In a word, the brightness was simply too high. While I kept it at 95/100 for all gaming, I found 70/100 to be absolutely ideal for all non-game/movie use. So with a little patience, you should be able to attain the perfect setting. 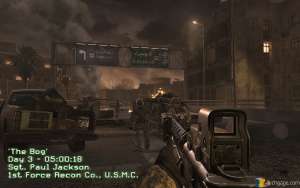 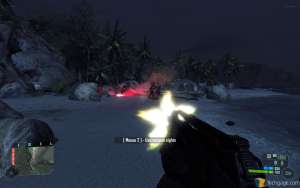 Overall, after tweaking the monitor a bit, I am left quite impressed with gaming on this display. I did not find the image quality to be as stellar as seen on the Samsung 2232GW, but it wasn’t too far off either.

Because my Xbox 360 recently felt the wrath of a certain ring, I used the Playstation 3 for all testing here, using component connections. I tested both a variety of games and Blu-ray movies to fully understand what this display is capable of.

First thing to mention is that despite being a non-1080p monitor, it does allow that resolution, for whatever reason. On the desktop, it doesn’t look that good, in addition to not aligning properly, but for gaming it can work well. How this makes sense, I am unsure. 1080p is essentially 1920×1080, but this monitor is only capable of 1680×1050, however, 1080p still works in gaming without cutting edges out.

Using 1080p can run you into a few problems though. The PS3 runs very well with 1080p selected… everything is crisp and clean looking. However, Blu-ray movies will not run in 1080p. Rather, it will automatically downscale to 720p or lower, depending on what’s selected in your display settings. This isn’t a big issue as the movies still look sharp at 720p, but seeing as how 1080p is somehow allowed, seeing movies in the same resolution would have been great. 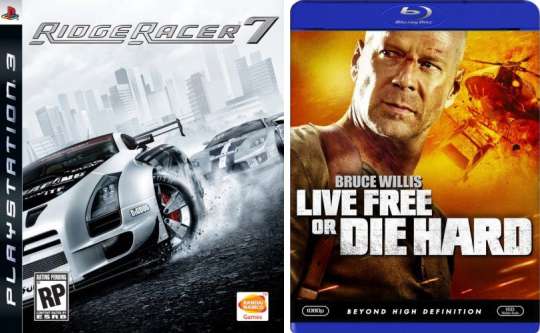 For gaming, different rules apply. All games that supported 1080p (Ridge Racer 7, Gran Turismo HD Concept) looked good, without distortion from running a higher-than-720p resolution. When comparing either game at 1080p to 720p, the differences were visible. 1080p had smoother lines and crisper image quality overall. As long as both 720p and 1080p are chosen, the console will choose the best setting for whatever you want to do.

That said, games on the PS3 still look better on my actual LCD TV, however, the PG221 delivers the best results I’ve seen to date on a computer display. More often than not, the results of using a component connection on a monitor is lackluster. Some monitors can handle it better than others. The Samsung 275T did a horrible job with it, while the Dell 2707WFP did a rather nice job. However, even that monitor comes nowhere close to the quality exhibited on the PG221.

What stuck me though is how a few different things are handled. At the PS3 main screen, the graphics are as crisp as can be, with bright colors. It’s perfect. It’s at that point that you’d assume all the games would be represented the same way, but that’s not the case. While the fonts are rendered very nicely on the main menu, inside a game, some of the fonts can appear blotchy, most notably if they are rendered in with the game, as opposed to being a separate layer. I noticed this most in Ridge Racer 7, with the race position at the top-right corner. That number appeared blotchy. However, the regular text in the game was fine.

As for Blu-ray movies, the results are once again impressive. I tested out both Casino Royale and Die Hard: Live Free or Die Hard and each looked fantastic. Blacks were very black and overall color was rich. I would have no huge complaint when watching movies on this screen, except that 1080p would have been a nice option, of course.