Page 3 – Closer look at the layout

One thing to mention is the cooling that DFI choose to use on the Southbridge. On the chip, DFI has placed a square of ceramic material to keep the chip cool. As bad as it looks, it actually cools quite well. Ceramic is far denser than aluminum and can handle more heat. The one complaint I have of this is that the top of the ceramic plate is flat. While I did not measure the temps of the Southbridge, a few ripples or ridges would have greatly improved the surface area of the ceramic cooler, thus allowing it to cool better than it does now. 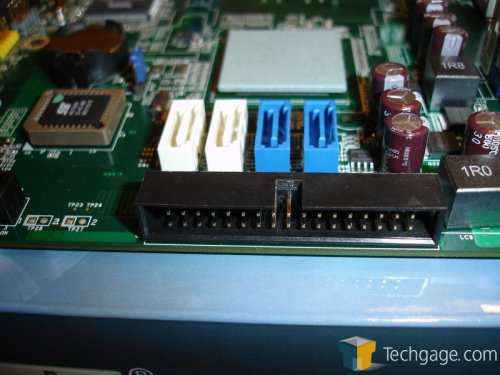 Jut to the right of the Southbridge and the SATA ports, there is one IDE connector, rotated 90 degrees and facing away from the motherboard. IDE is something that is slowly being phased out and because of this, DFI only included one, presumably for an optical drive however, there are still many people who use IDE hard drives. 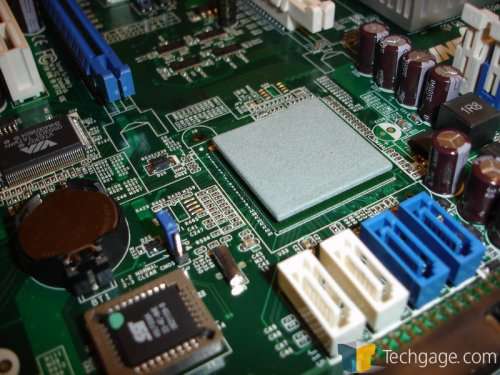 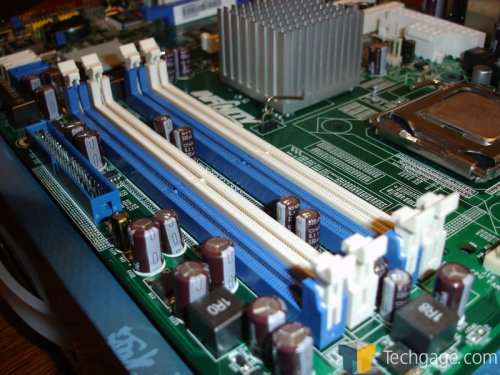 Some of the capacitors used around the DFI 975 X/G: 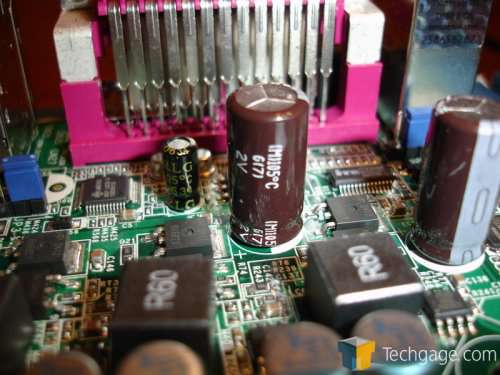 Finally, placed where it should be is the CPU socket. Sporting a LGA 775 socket and supporting a FSB of 533, 800 and 1066, the 975 X/G can handle any socket 775 CPU out today. This includes the P4, Celeron, Pentium D and the new and beloved Core 2 Duo line of processors. Like any other Intel motherboard, the pins are on the motherboard itself and not on the CPU. You simply undo the retention bar, raise the socket lid, place the CPU in the socket, close the lid and redo the retention bar. Simple huh? 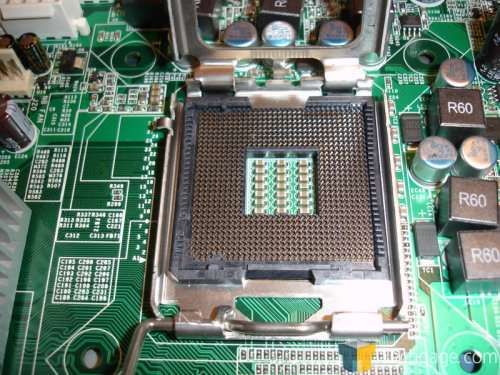 Fitting snuggly in the socket, I have finally found a home for my E6600 “Conroe” Core 2 Duo. Once installed correctly, the socket lid should fit comfortably around the CPU’s raised heat spreader. 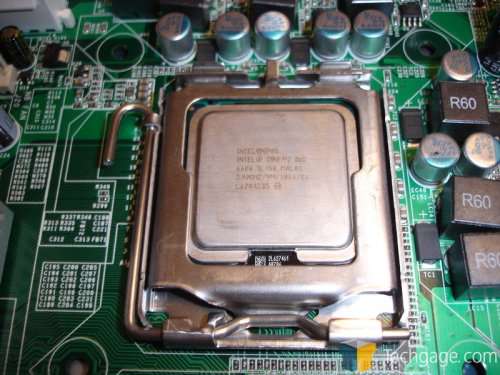 On the outer edges of the motherboard, we have the I/O section. Included on the 975 X/G is:

While nothing out of the ordinary, the inclusion of high definition surround sound audio is nice, as well as the eSATA port. I pine for the day when parallel ports are a thing of the past and while some motherboards now ship without the said port, the 975 X/G unfortunately does. At least it’s pink… 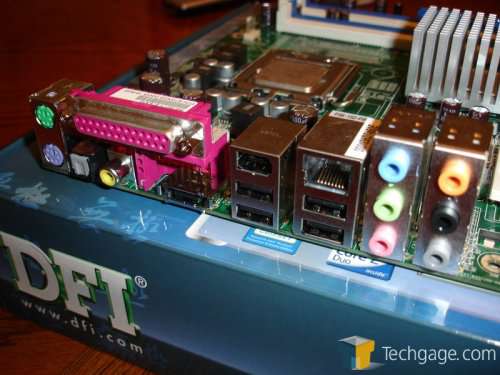