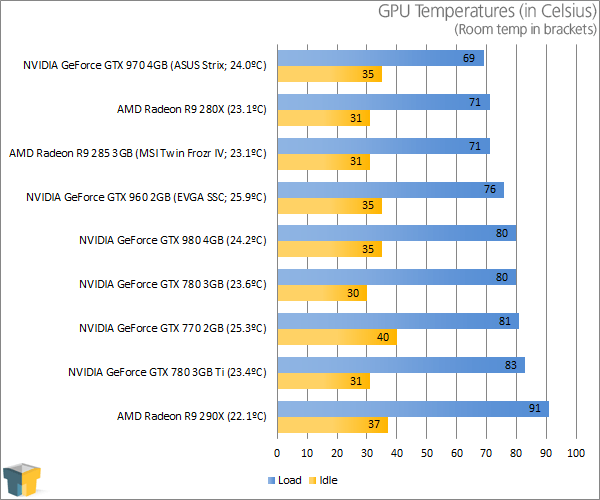 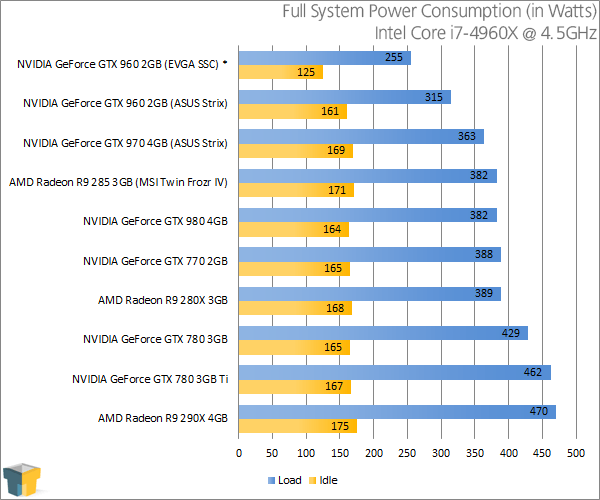 As mentioned on the testing methodology page, EVGA’s SuperSC was tested on an upgraded platform. All hardware remained the same as before except for the motherboard and CPU. As I validated before I put this upgrade into place, both platforms perform about the same in gaming; the reason the upgrade was done was to prepare for a future suite overhaul.

Nonetheless, what makes the upgrade interesting is just how much less power it uses – we’re talking 4GHz Core i7-5960X versus 4.5GHz Core i7-4960X, and a full 60W less. That highlights just how power-efficient this card is, as well. With a powerful eight-core processor and a GPU that can deliver quality 1440p gaming, the entire machine uses a modest 250W. Remember when 600W power supplies seemed modest?

On the temperature front, EVGA’s card ran 6°C warmer than ASUS’ Strix, but offsetting that a little bit is the fact that the ambient room temperature was 2°C higher.

After finding great success with overclocking the GTX 970, GTX 980, and GTX TITAN X, I anticipated great things from this GTX 960. However, I shouldn’t have been so optimistic, because “SuperSC” means that the card already has a solid overclock, so thinking of pushing it 100MHz further is just unreasonable. In the end, I found +50MHz on the core and +500MHz on the memory to be my best stable overclock. 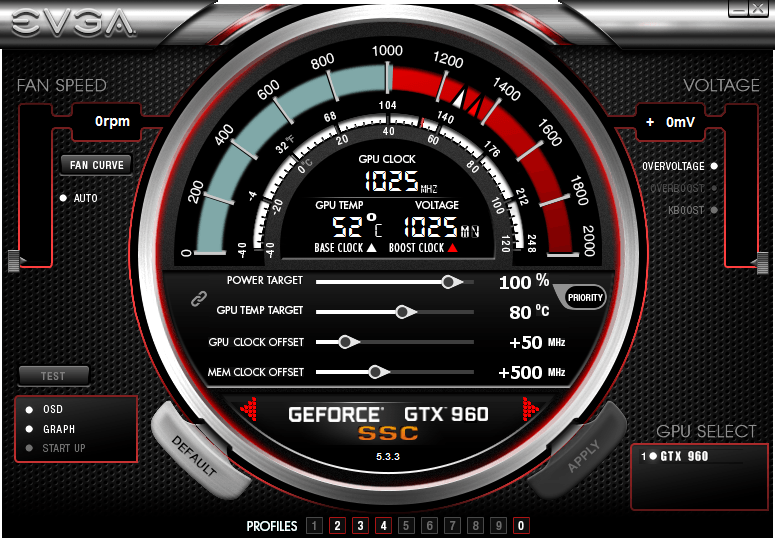 Those even numbers might make it seem like I didn’t try too hard to eke a bit more performance out of the card, but that’s not true. With either the core boosted another 10MHz or the memory 25MHz (independently), 3DMark would crash during the Sky Diver test, and not due to the temperature. Yet, no matter how hard I pushed the card at these quoted clocks, it chugged right along like a champ.

To find out how those overclocks translate to real-world performance, I ran the card through the same Best Playable results as seen on the previous page. 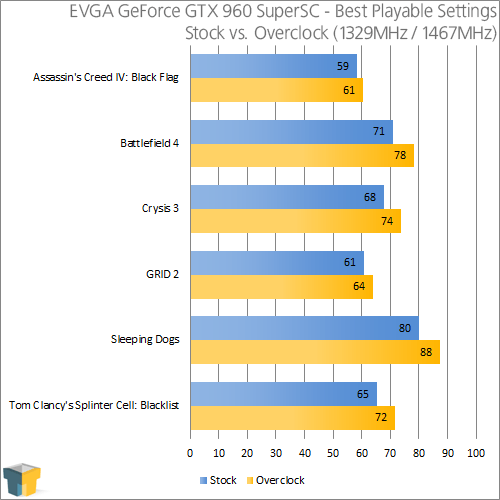 Whether or not the extra stress on your card is worth the FPS boost is really up to you, but some of the gains are quite tempting, such as a 7 FPS boost in BF4 and an 8 FPS one in Sleeping Dogs.

EVGA’s GeForce GTX 960 shares the same pros and cons as the ASUS Strix model I took a look at in January. For its price point of just over $200, it delivers awesome performance at 1080p, and good performance at 1440p. It might go without saying, but 4K gaming is out of the question, unless two cards are paired together for SLI. But even then, that only makes sense if the 4GB models were purchased, because 2GB is not sufficient for 4K gaming. Heck, even the performance of two 960 cards isn’t (to me). Even the $1,000 TITAN X struggles to breach 50 FPS in most titles at 4K, so it’s hard to expect much out of $200 GPUs. 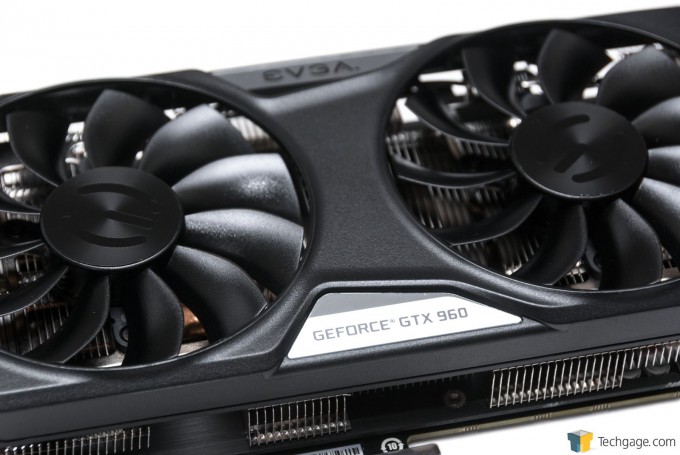 On the topic of price, the SuperSC, as mentioned in the intro, is priced at $10 less than EVGA’s SRP at Newegg, and even has a $10 mail-in rebate if you’re interested in pursuing it. That’d make this card a $190 one, which turns an already great card into an even better one.

If you’re unable to procure the SuperSC edition, you won’t be out-of-luck as far as clocks go, as it seems very likely that even the original model will overclock to similar levels as this one.

Overall, a solid card for the price, and an outrageous deal if you happen to jump on it soon and claim your free copy of The Witcher 3: Wild Hunt.