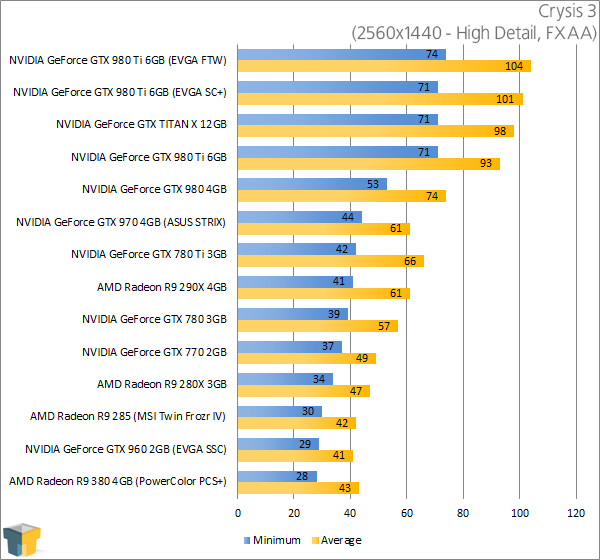 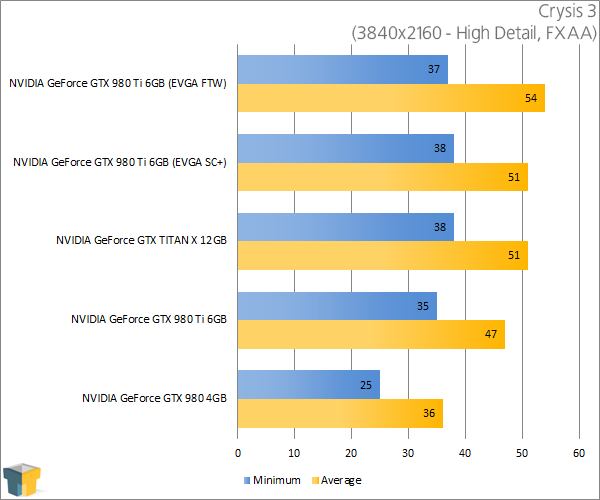 Like Battlefield 4, Crysis punishes any GPU that dares to render it. We are seeing better performance here than in BF4, though, with the FTW peaking at 54 FPS. Yet again, we’ll have a solution for fixing that on the Best Playable page. 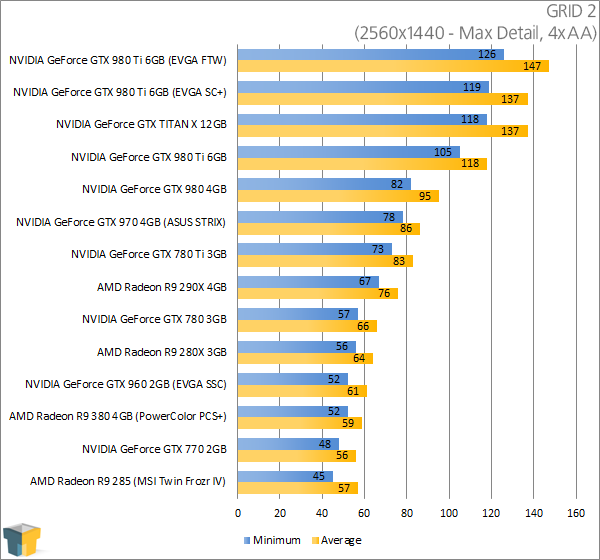 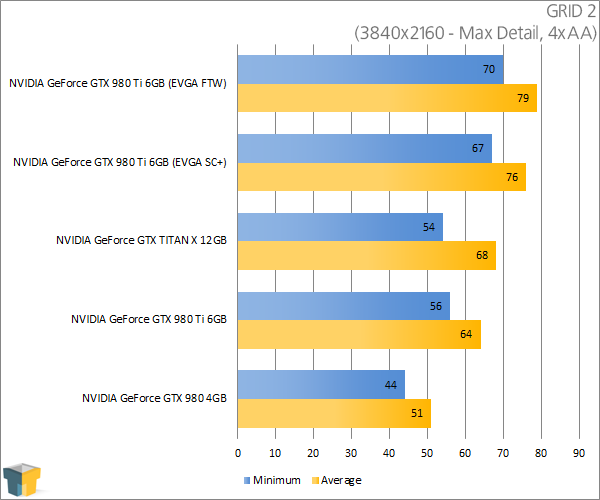 We’ve seen some beefier games punish these GPUs at 4K, and while GRID 2 manages to do the same, it’s to a lesser extent. Any 980 Ti will be able to hit 60 FPS here with full detail. The GTX 980, as we can see, falls a bit short (something that disabling AO will fix.)